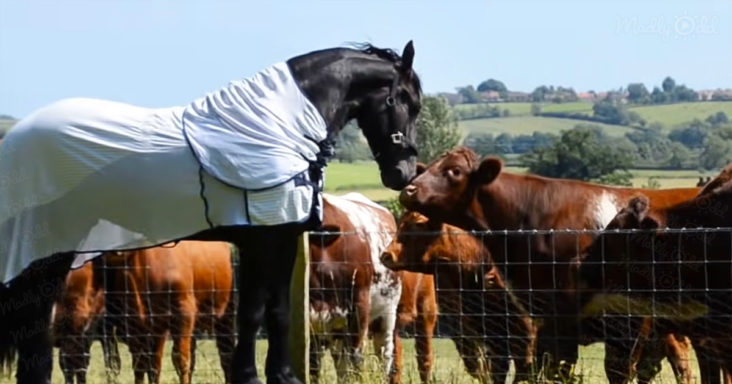 Animals have different traits that we can not usually see daily. Some of them love running around, while others want to swim all day or hang out with other animals different from their kind.

However, this Friesian horse is different. Apollo loves staying in the backyard, running, and roaming the grass. He simply wants to just showcase his great stance to other animals out there.

In the trending video, you will see Apollo coming near the herd of cows on the other side of the french. The cows were a bit shocked and confused at first, but later on, they calmed down. 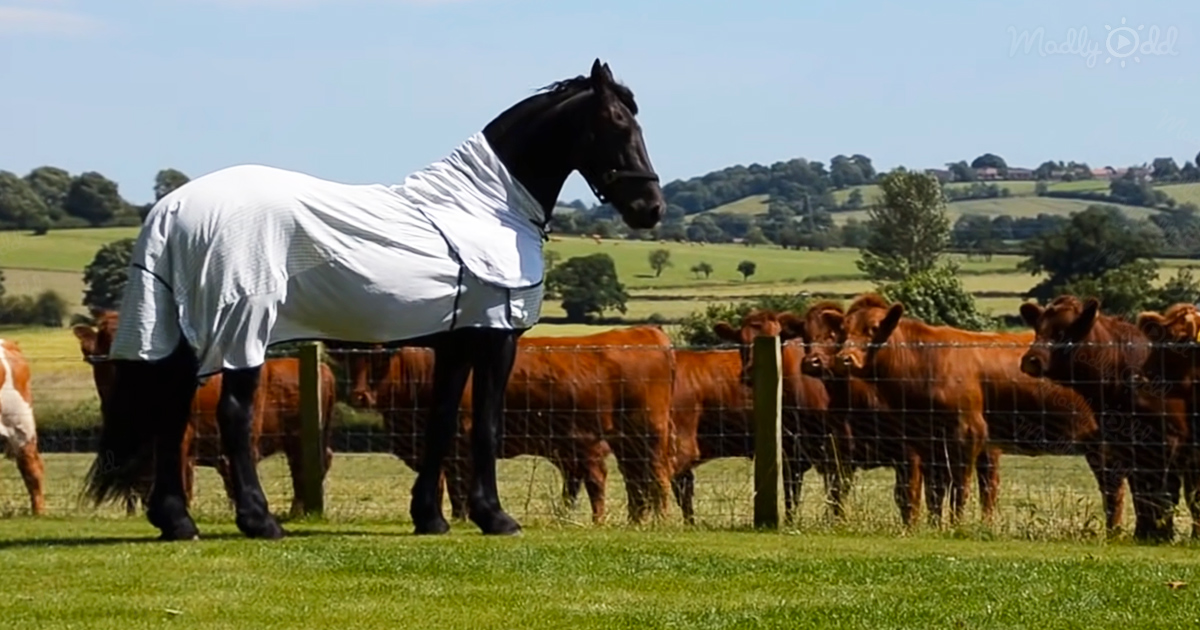 They can’t help but stare at this gorgeous creature in front of them. Apollo was totally taller than them. His stance was incredible that even other animals will surely set their eyes on him.

The stallion notices that the cows are staring at his awesomeness. Which provoked him to flex his body more towards them.

Apollo definitely enjoys the fame and show that he is giving to the herds of cows. You can see that he is totally enjoying every single bit of it.

This only shows that animals have different traits that can always surprise us in every way. This might look weird to us, but apparently, that’s how they should be, and we need to be glad and respect it. 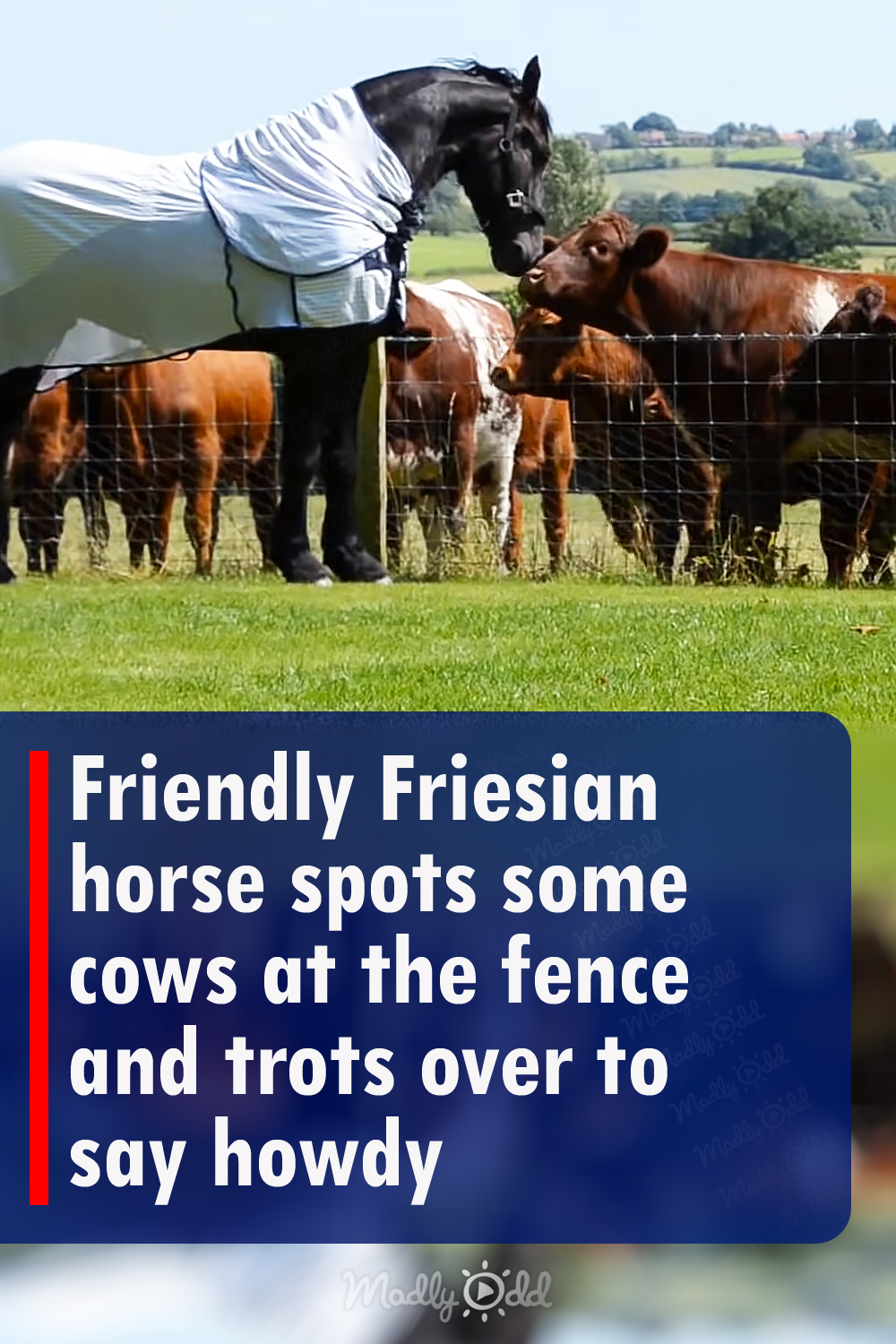