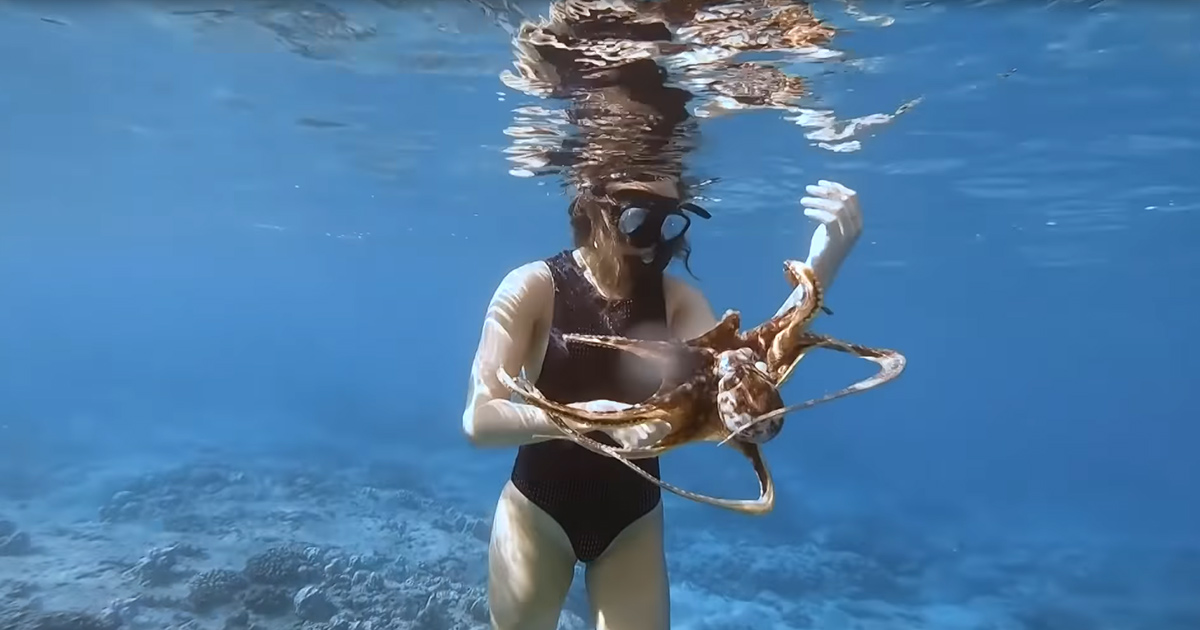 Most divers won’t disturb an octopus for fear of it getting a little too interested and getting stuck. However, this friendly diver’s good-nature must somehow be felt because this little octopus is the most playful thing ever. Now that’s unbelievable.

You’ve never seen a wild octopus behave quite like this adventurous, playful creature. At first you’ll be shocked, then perhaps a little fearful but you’ll soon realize that he, or she, is playing beneath the waters and having the time of its life with this diver.

Some speculate that the cutie is actually doing his best to hide from those dolphins, but it sure looks like playing to us. It doesn’t only cling to the diver’s leg, but rather plays up and down her whole body.

She rubs its head, plays with it in her hand, and even reaches out with it reaching back with one tentacle. There’s no doubt that this one is friendly and very much aware of the bond-forming. 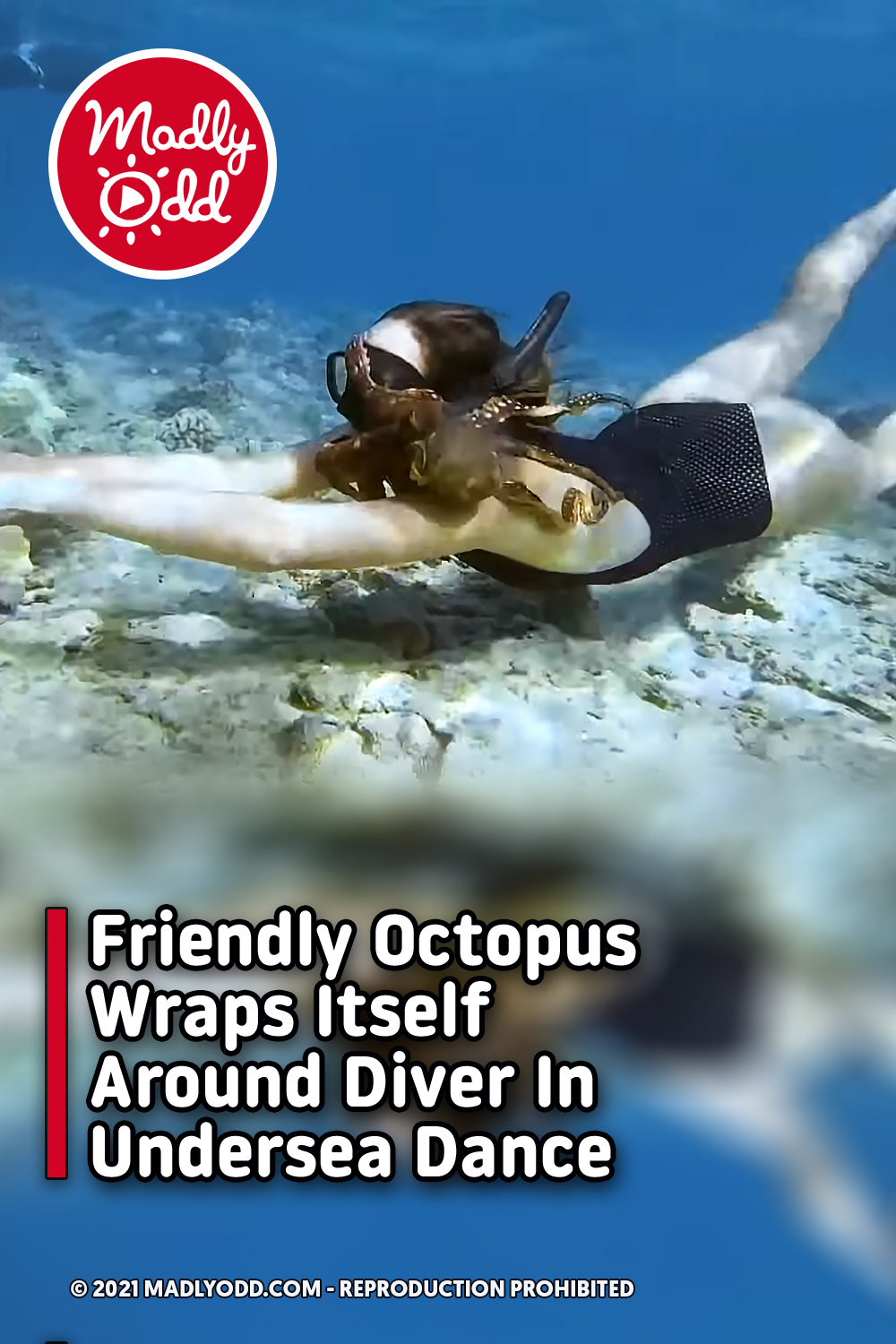