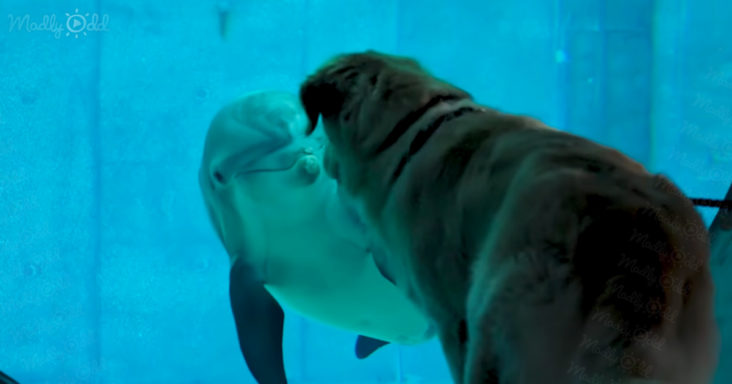 Animals from different species can still become friends with each other. This was proved by a Golden Retriever and a Dolphin. The two became friends at Clearwater Marine Aquarium (CMA) in Florida. 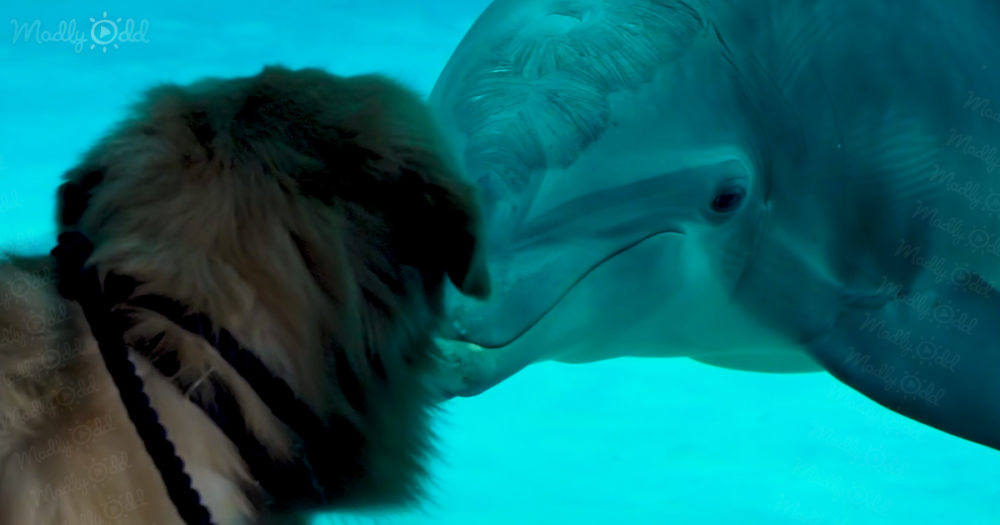 Both Kevin and Winter had met on the internet for the first time. That was when the two realized that they shared the same interest in playing with rubber duckies.

Both Kevin and his owner were the first, apart from the aquarium staff, to see Winter’s new residence in the large aquarium. After receiving permission from Winter and CMA, Kevin went for a swim in the dolphin’s old home.

There was an animal specialist present all the time while Kevin swam around happily. Kevin spent quite some time with Winter and the two played with each other happily in the water.

Kevin also visited other animals who were at the Rufus Beach section of CMA. Two other rescued dolphins that stay with Winter are PJ and Hope. They also like to play with Winter.