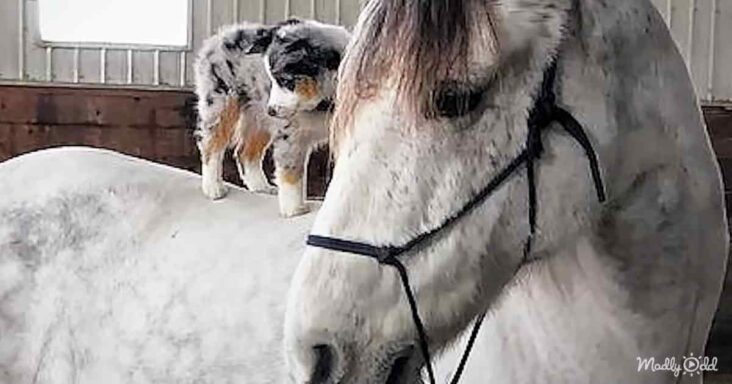 The barn dog Robin loved riding on his horse friend, Teddy. He loved it so much that he wouldn’t get down. Instead, he would stay on her and would refuse to get down. Emily, the mom of the two innocent furry animals, had never met a dog who so genuinely loved to ride a horse. 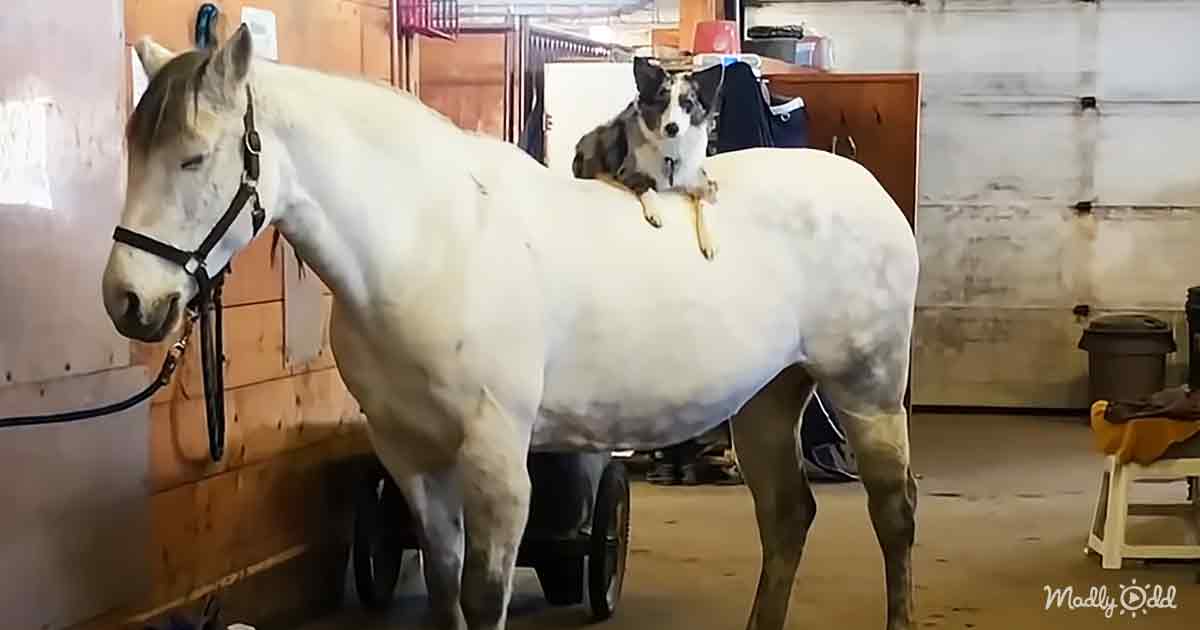 Every day, Robin would ask Emily to take him to Teddy. He was super excited to meet his friend and would run to her. It did not matter if it was freezing cold or warm; the cute dog had to meet his horse BFF.

He would bolt out to Teddy’s stall gate, and the beautiful horse would be in the field, waiting for her dog friend to visit her. Both had an excellent relationship that couldn’t be expressed in words. 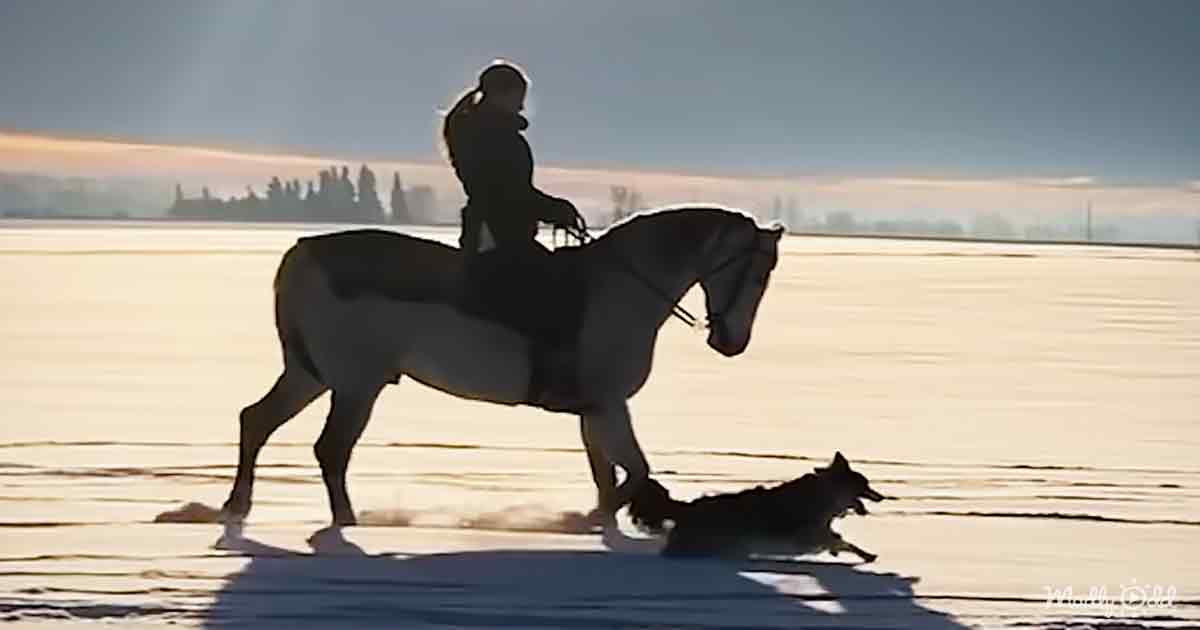 Robin would jump and flip excitedly as soon as he understood that it was time for him to ride his horse. As soon as Emily had one of her knees on the horse, the cute dog would jump on Teddy. He would be thrilled to go riding on his horse friend.

Their friendship was essential for both the animals. The two have known each other since day 1, arriving at the farm. Their favorite thing to do was to play a game of chase together. 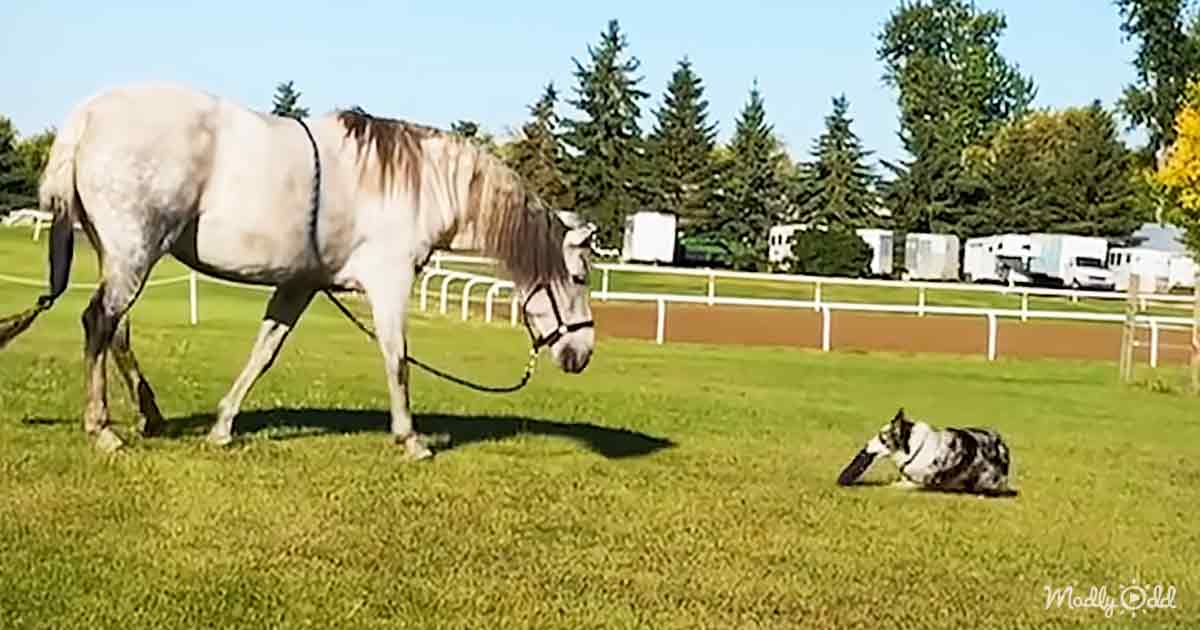 Robin was pretty competitive. He tried to be in the lead most of the time when they were walking. However, as soon as Teddy started to run, the poor dog would struggle to catch up with the equine. Emily thought it was hilarious to watch Robin during the chase game. The two of them were always together and were up to something or the other.

Recently, Emily found that they had been running out of carrots. So, the clever owner decided to check what was going on. She set up her phone and walked away only to find that Robin, Teddy, and one of her other pet dogs were stealing carrots. For Emily, it was pure joy to watch them grow and evolve together. She knew that they were the happy little trio living their best lives. 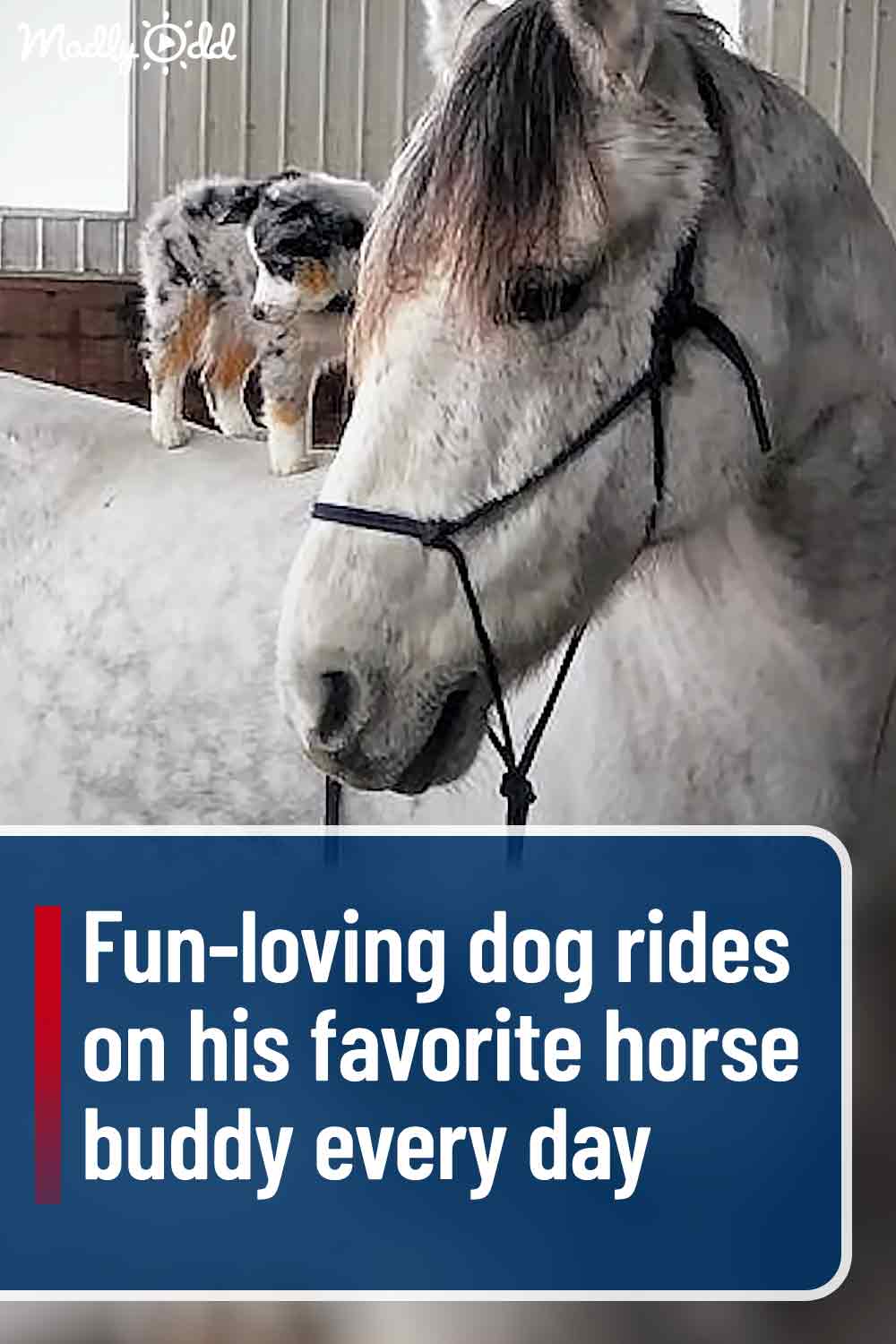