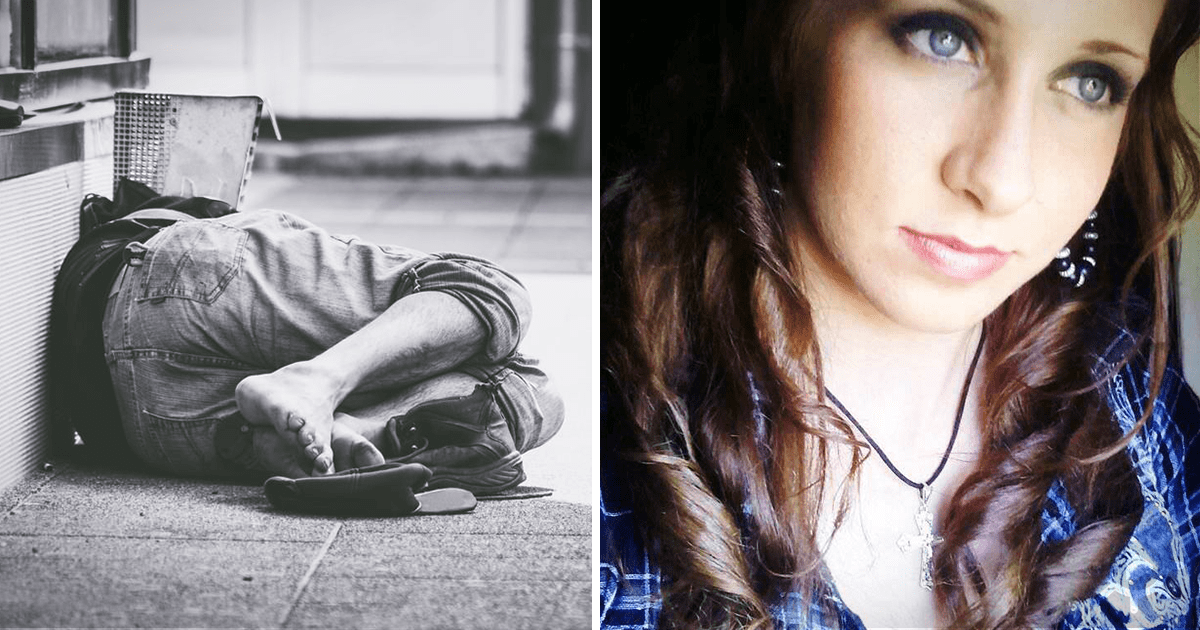 Pay it forward: it’s another way of saying what goes around, comes around, but in a positive way. An act of kindness you perform now will lead to unexpected rewards later.

Shelby Lynn Henry Alexander, a real estate broker from Jacksonville, North Carolina, was stopped at a traffic light when she noticed the man holding a cardboard sign with “Need a little help. Will pay it forward” written in Sharpie. He was wearing scruffy clothing that wasn’t nearly adequate for the 30 degree weather. He did have some blankets, but they were wrapped around his dog. She wasn’t in the habit of giving money to the homeless, but something about him prompted her to make an exception. She gave him a several bills and her business card (in case he needed help finding someplace to live). Then she said a quick prayer for him and drove off.

A few months later, Shelby got a call from a man who wanted to have a look at a house. When she arrived for their appointment, she got a huge surprise: “As soon as I pulled into the driveway, my eyes were first drawn to a plump dog hanging out of the window of a truck that seemed as happy as could be. I recognized him first. Then, out of the truck, stepped the man I had given money to so many months ago. This time, though, he was wearing a collared shirt, freshly-starched jeans, boots, and had a clean-shaven face.”

After handing Shelby replacements for the bills she’d given him, the man explained that his wife had run off with someone else, taking everything he owned. Since then, he’d landed a job as an engineer and begun a whole new life. He was helping a friend find a house and wanted to throw some business Shelby’s way.

Amazed by this case of a favor being returned? We’d love to hear your thoughts in the comments at Facebook. Be sure to like and share!