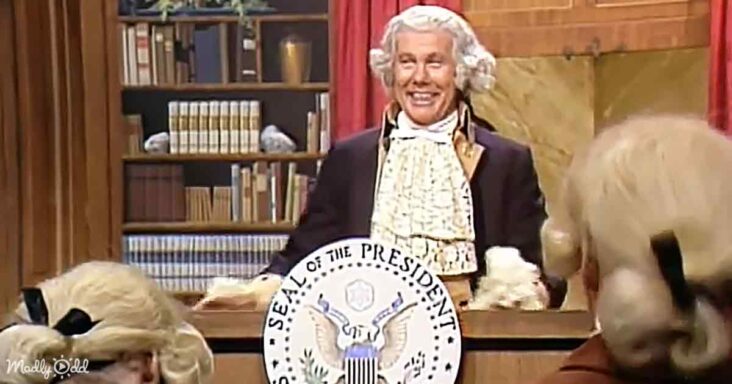 Johnny Carson was known for his funny skits and impressions. Sometimes Johnny’s funniest impressions weren’t really impressions at all. Johnny dresses like George Washington in this skit and impersonates his first press conference. 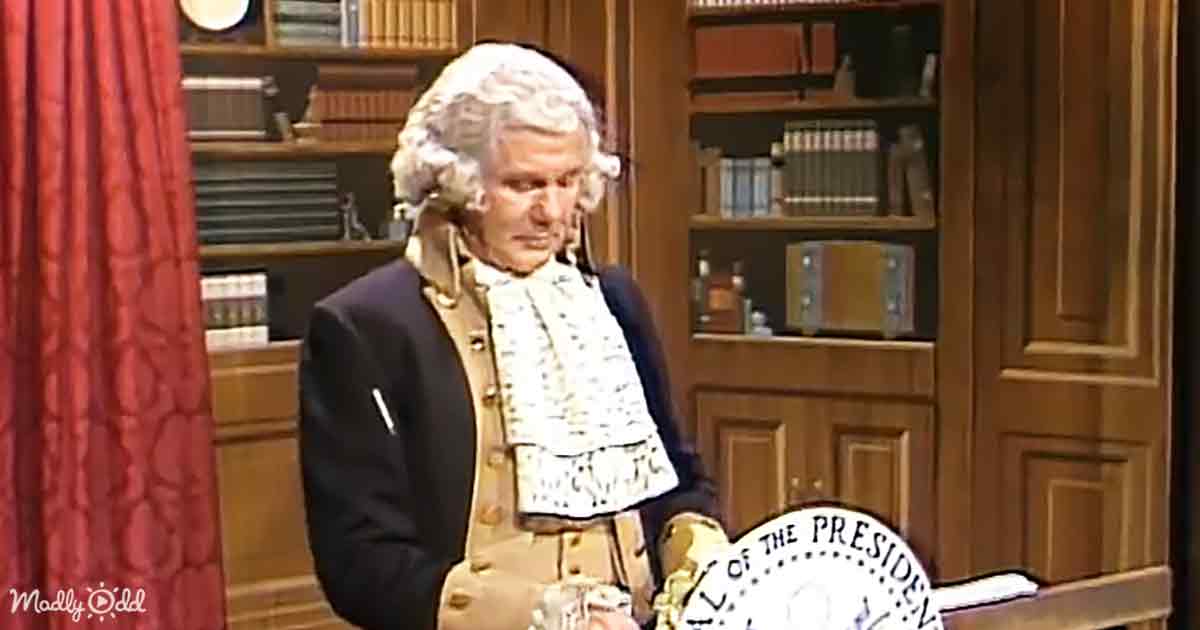 Johnny walks out in a full George Washington costume with a white wig. He stands in front of a podium and answers questions from other men dressed in colonial attire.

Johnny starts and says the questioning will begin with Everett, but he stumbles over his name and says, “Damned teeth,” and the crowd laughs. The first question from a reporter is, “We understand you told an ethnic joke on your campaign stagecoach.” 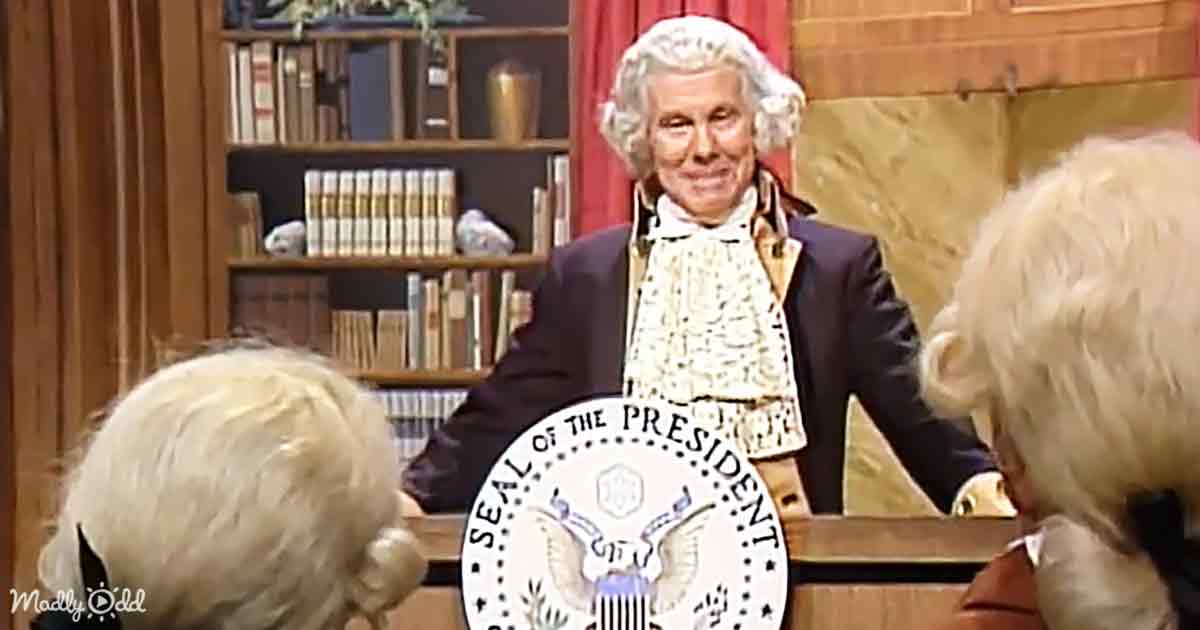 Johnny looks regretful as the crowd laughs. He says he’s glad they asked because he doesn’t do ethnic jokes. Johnny says,” A Frenchman, a pilgrim, and an Irishman jumped off a building together. Which one landed first? The pilgrim, he stopped for directions.” Johnny laughs and slaps the podium.

He says, “Here’s another one you might like. Do you know how many pilgrims it takes to change a horseshoe? Five! One to hold the shoe and four to rotate the horse.” Everyone laughs again. 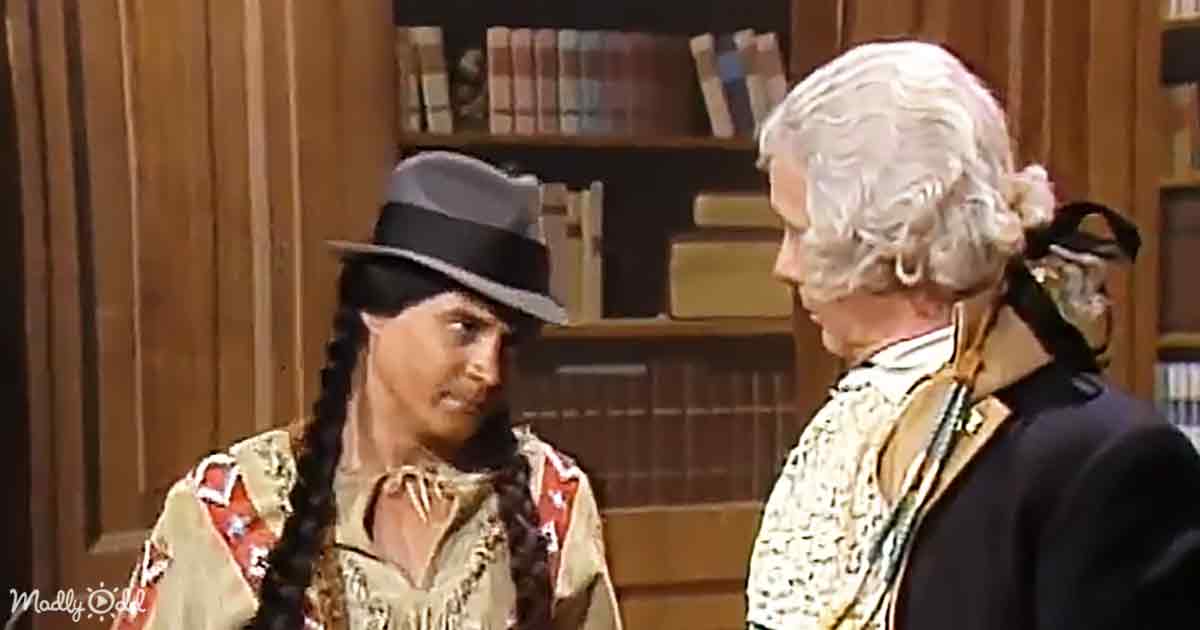 They ask if he thinks he will be re-elected, and he says it’ll be very close because he hears the other candidate is Ronald Reagan. The next reporter says that his troops were complaining that George was cooking gourmet meals as they were starving at Valley Forge. Johnny says, “Now let me make this perfectly clear. I am not a cook.” He raises his peace signs in the air to comically reference President Nixon.

Another asks how he plans to solve the nation’s energy crisis, and he says, “Solar-powered slaves.” The crowd hesitantly laughs, and Johnny smirks, knowing it was a risky joke. They ask George why he has slaves, and he says, ‘I want to be ready in case I ever need backup singers.” The audience loves the whole skit, and Johnny is hysterical as George Washington. 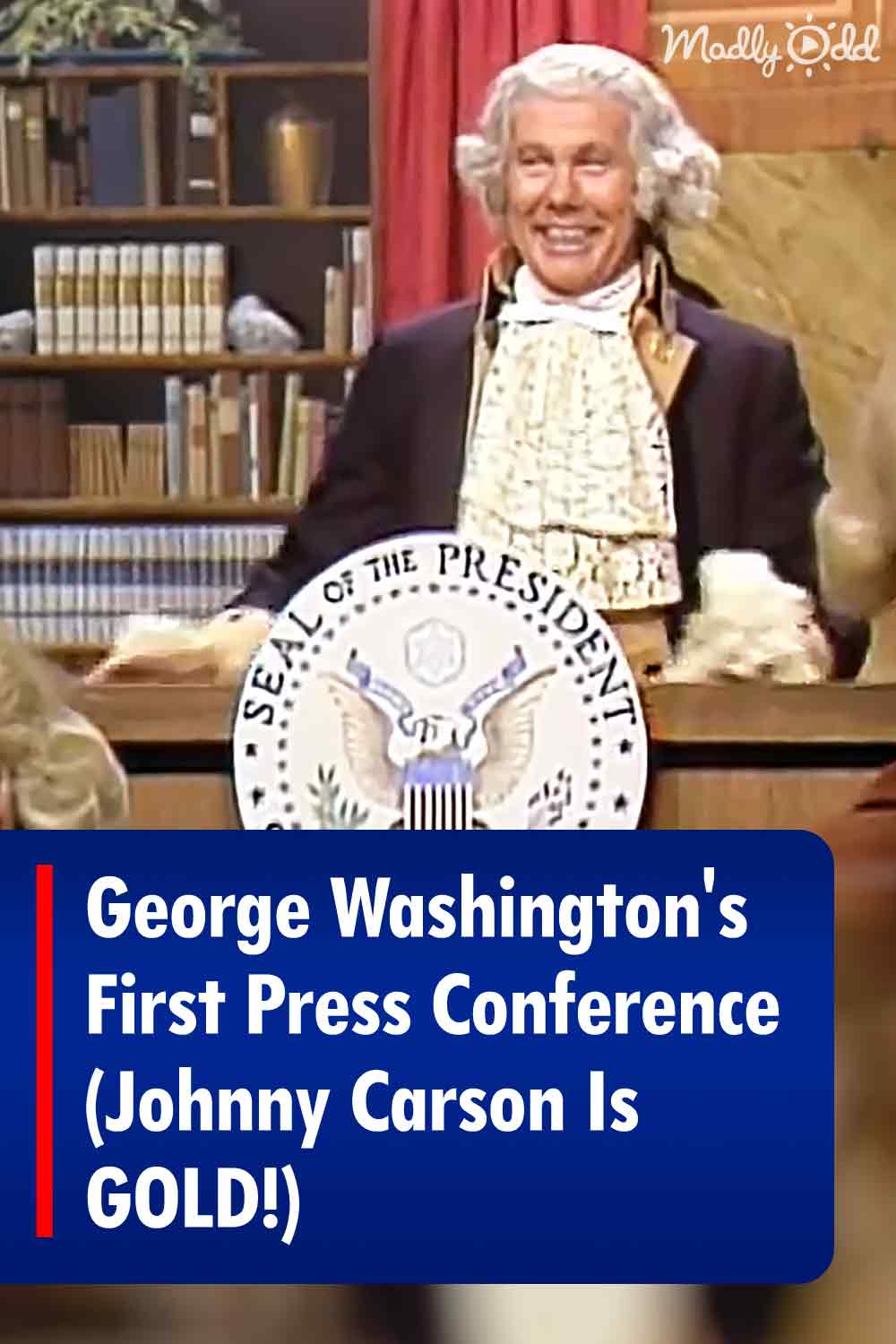