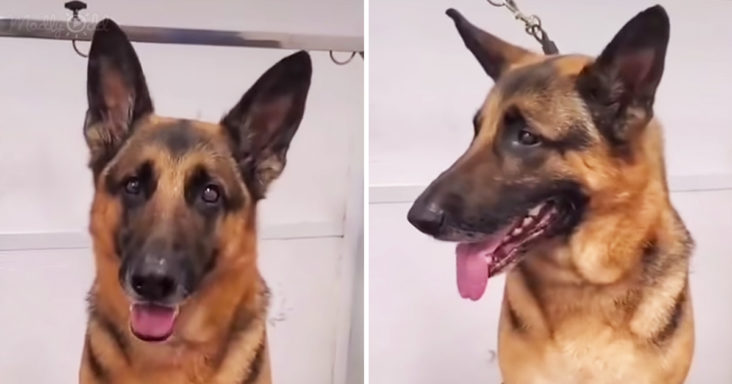 A police dog named Badge recently had a grooming appointment with Vanessa de Prophetis of Girl With The Dogs’ Youtube Channel, and his story is quite interesting.

At just two years old, Badge is probably the youngest dog to retire from the police force for being too docile for the job. He basically got fired for being a good boy.

It doesn’t seem to bother Badge at all though as he looks at Vanessa with so much love in his eyes as she bathes and grooms him.

He never makes a fuss and sits still through the whole thing like the good boy he is, even with the high-velocity blow dryer blasting hot air at him. 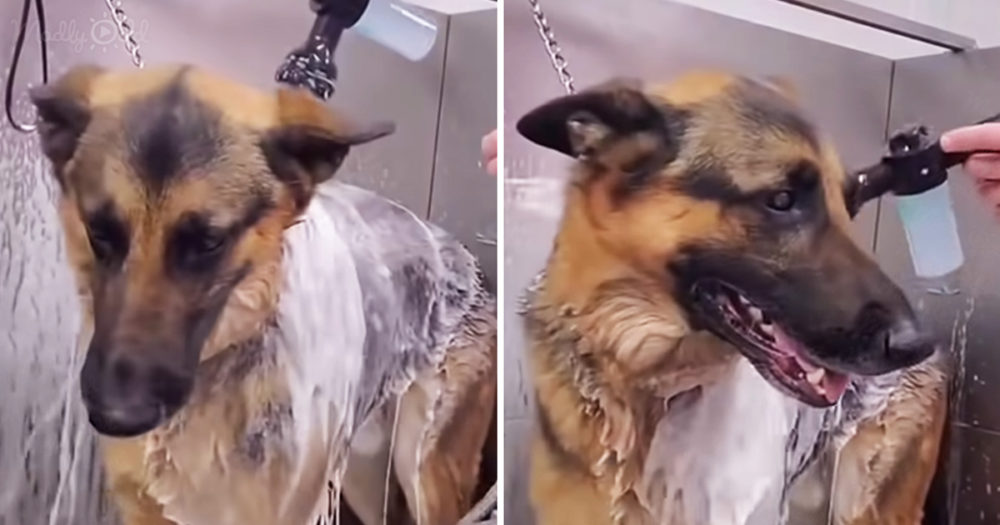 Some users commented on how funny and adorable it was that Badge retired early being such a good boy. “BREAKING NEWS: Police officer is fired for being too nice,” one user commented.

As Vanessa points out in the video, Badge was more suited to be a family pet rather than a police dog but one user mentioned that he would actually be excellent as a service dog.

After bathing and deshedding Badge, and spraying him down with some Blueberry cologne, he is seen looking handsome and very pleased with himself after his first grooming session.