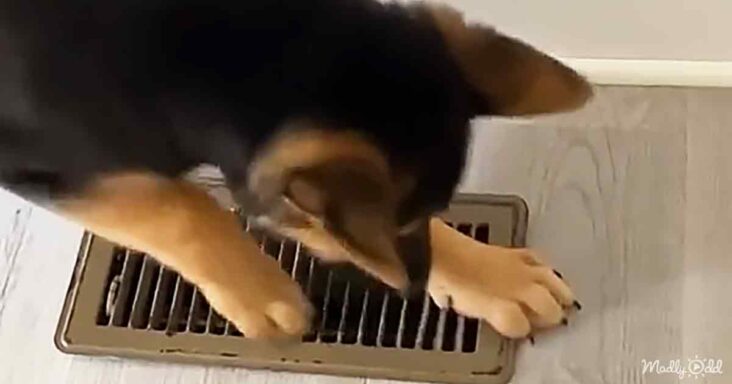 When the summer heat comes around, many rely on our air conditioners to help us make it through the day. After all, fans just don’t do it when it’s sweltering out! 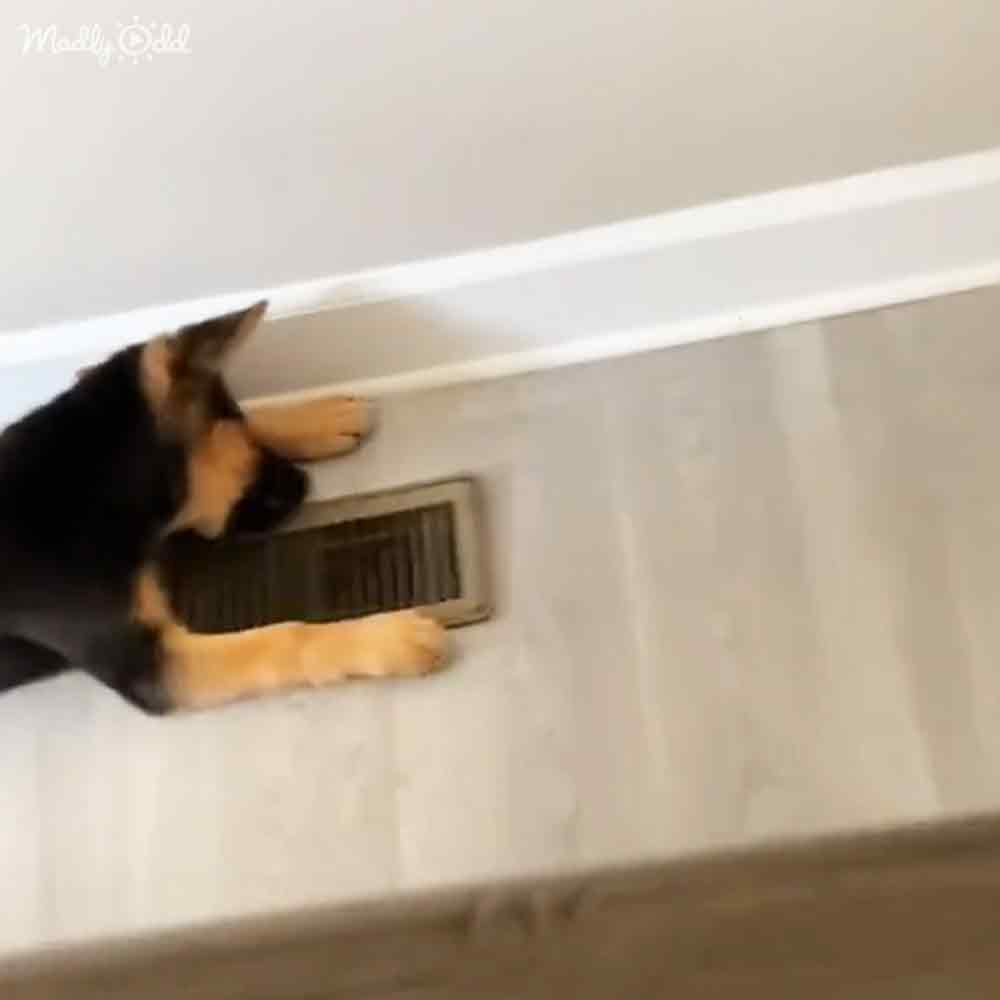 However, if you’ve never seen an air conditioner before (or even if you’ve just bought a new unit), understanding precisely how it works can be confusing. Most people can’t explain how they work, so we certainly don’t expect our four-legged friends to understand.

That said, trying to figure out these little mysteries can be fun, and that’s exactly what’s happening in this video! The person filming—presumably this puppy’s owner—starts filming with the camera above a table. 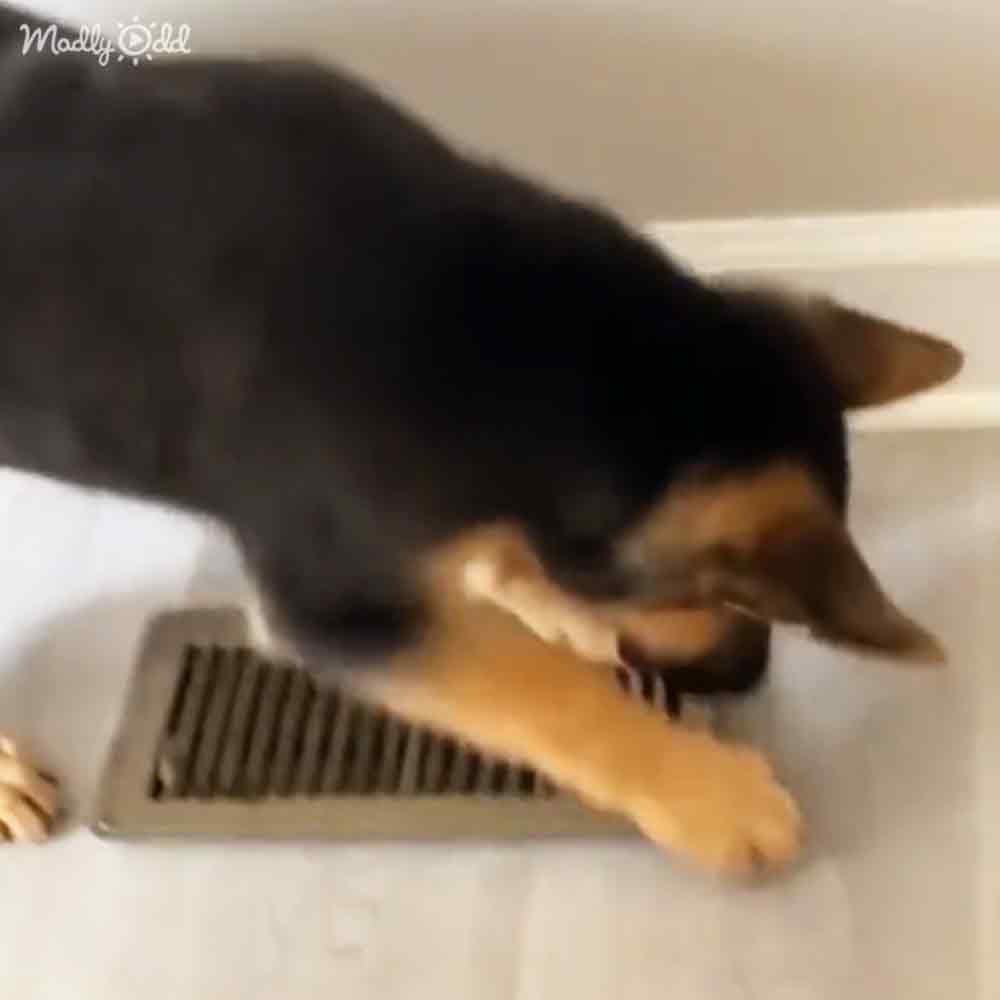 Creeping forward over the table, we soon see a German Shepherd who’s lying down with his face over an air conditioning vent. He’s making soft growls and whimpers at the vent while he tries to bite it.

Once he figures out he can’t bite the airflow, he has another idea: let’s try to scratch at it and see if anything happens! Predictably, nothing changes, but that doesn’t seem to deter him.

This owner will likely never have to worry about him understanding the inner workings of the air conditioning vent. Still—judging by how loose the vent seems—he might end up having to look for the vent!

Either way, this dog seems happy with his current situation. He might not understand precisely what’s happening, but at least he can stay cool while trying to figure things out!