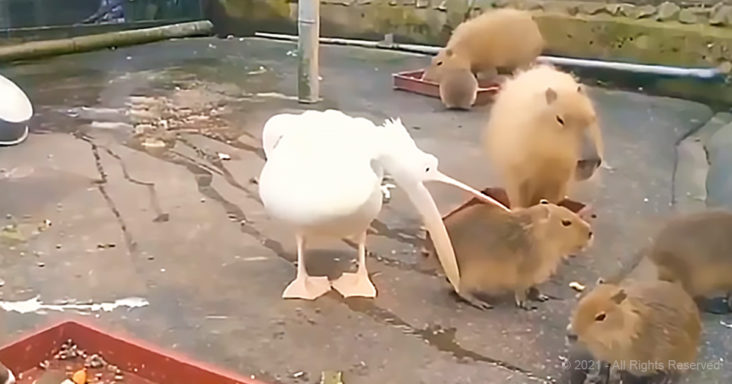 It’s a bad day when you’re forced to acknowledge your limitations against your will. This Pelican discovers that it can’t eat just anything.

Some of the most foul-tempered animals on the planet happen to be birds. One of the candidates for The Most “Fowl-Tempered” Bird is the Pelican.

With cell phone cameras proliferating, the internet has shot down the notion that Pelicans are peaceful birds that just eat fish. Turns out that whatever they can fit in their bill, they will try to eat.

Trial and error seem to be part of the process. Here a Pelican has come into a pen of capybaras. Capybaras are the largest living rodents in the world.

The Pelican makes a grab at a couple of baby capybaras. The babies and their parents don’t react much. They seem to understand a few things that the Pelican doesn’t.

The baby capybara looks like the Pelican’s bill feels good. The Pelican gives up and gets a look about him like he’s looking inward and questioning everything he’s believed to be true. 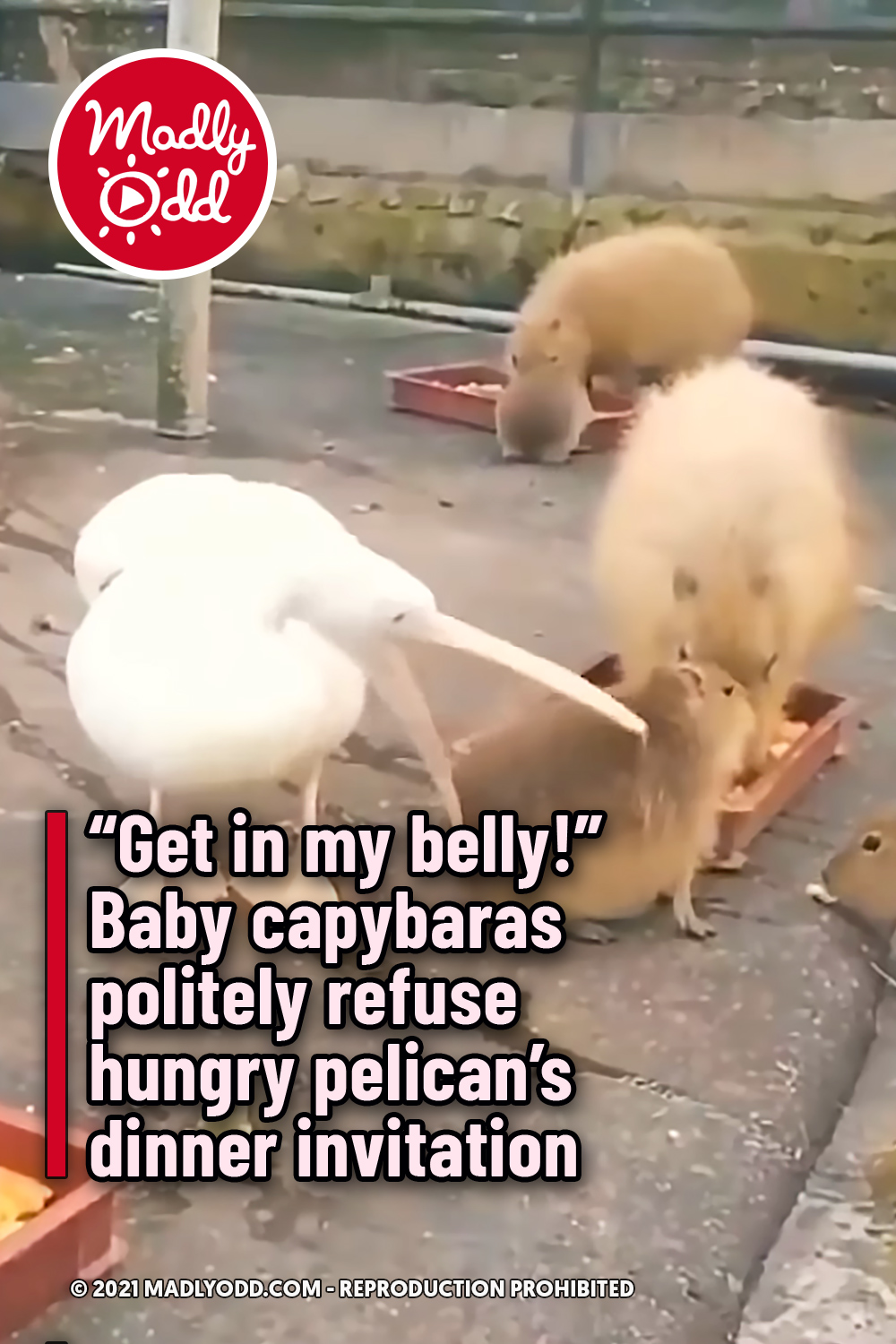