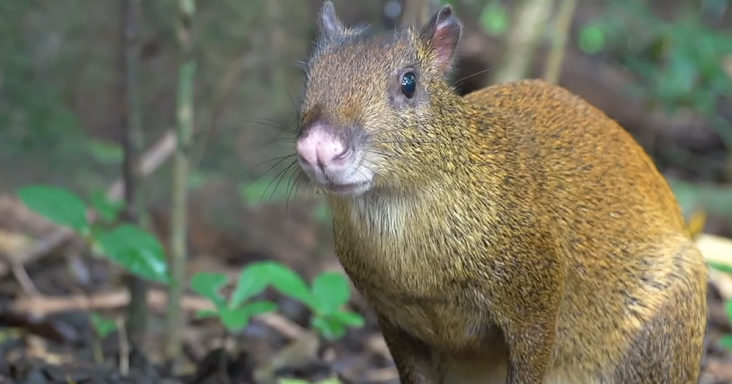 Tropical America is home to the fascinating agouti. It is a large rodent hunted by predators, including jaguars and coyotes. The agouti is a significant seed disperser, and they are responsible for future rainforests. 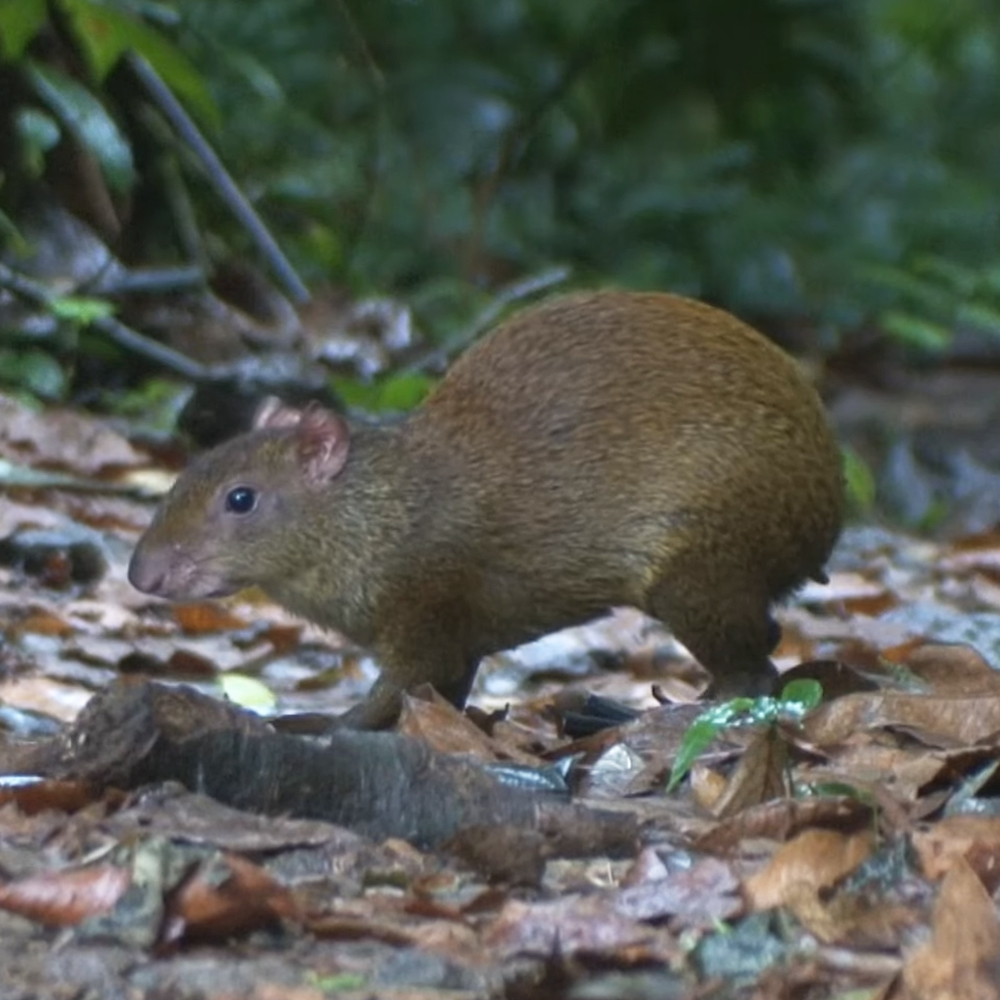 The video shows the animal in their natural habitat. They dwell on the ground and usually try to position themselves underneath a group of parrots or monkeys to catch any scraps of food that fall from the trees.

They bury the seeds and dig them up later, using either a good memory or a good sense of smell. The agouti eats seeds, fruits, insects, and crabs, making their permanent homes in hollow trees or under logs. 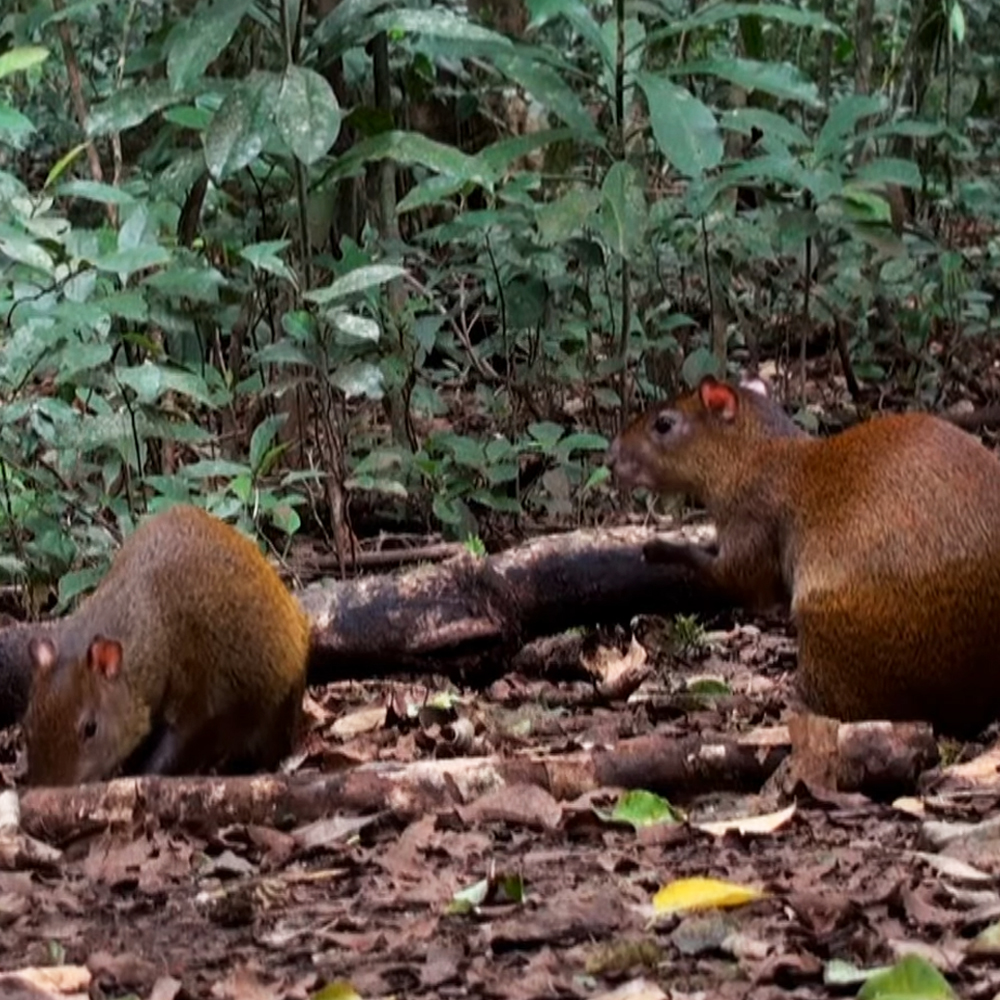 The male agouti has an interesting courtship practice. To get the attention of the females, the males will do fancy footwork, jump around, and even shower them with their urine! This activity leads to a union of male and female agouti that will last their entire lifetime.

The newly coupled agouti will stay together, but they forage and sleep alone. They will produce 1-4 young babies each year. If they avoid predators, they can live to be 20-years-old. 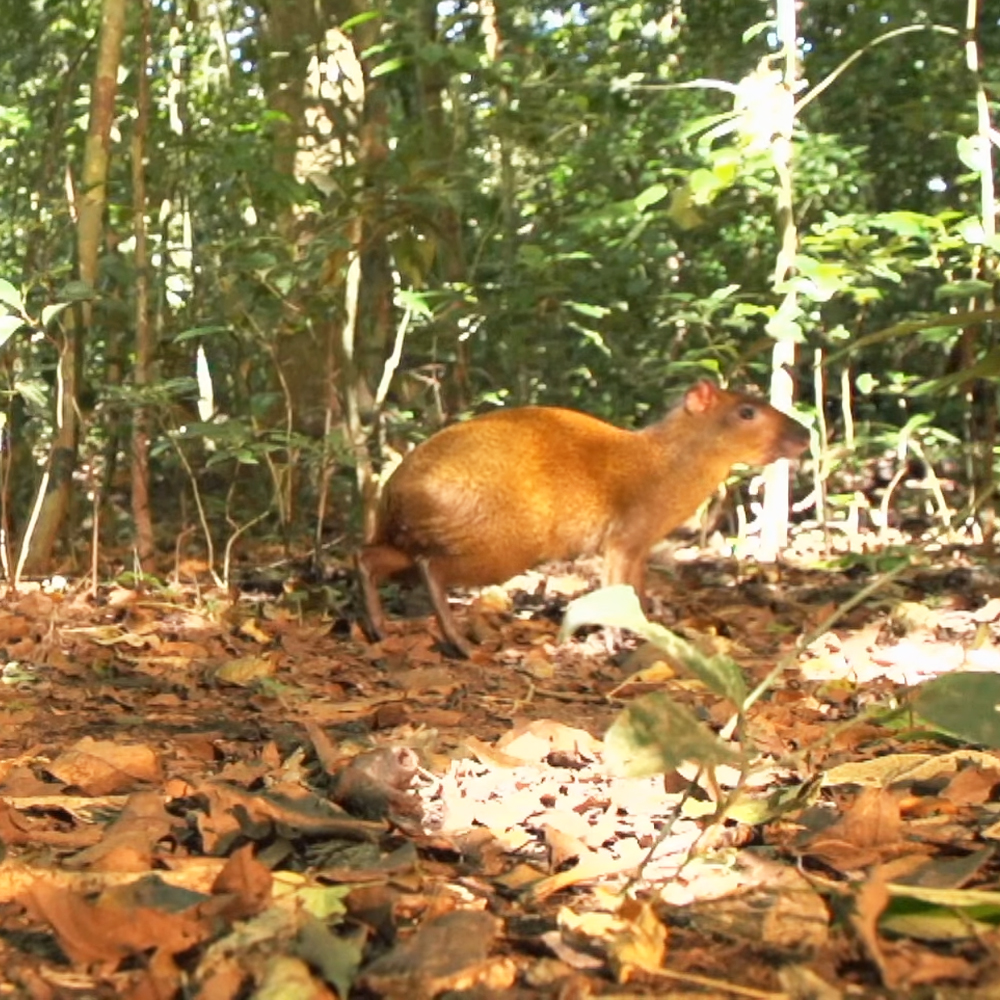 Mother agouti will put their babies to bed each night and call them one by one to feed them. The babies will leave the den after 3 weeks and hang with their mother for the next 5 months.

It is a fascinating animal that is responsible for seeding much of the forest of the future. Many people may not be familiar with the animal. Still, after this video, you will better understand its role in Tropical America.