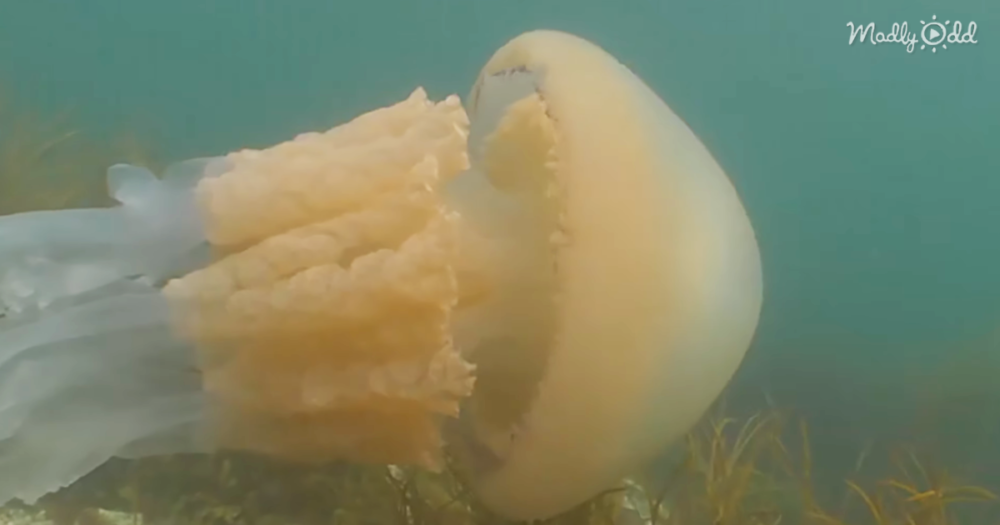 With scripted motion pictures, going off script or uninvited guests on camera are absolute taboos. This is totally the opposite when shooting a nature documentary and the unexpected guest is an absolute show stopper of a specimen. This was exactly the luck which befallen biologist Lizzie Daly and underwater cinematographer Dan Abbott while filming their online series Wild Ocean Week. The series is a fundraising campaign for the Marine Conservation Society of the United Kingdom, created by Lizzie.

Making its special guest appearance in front of Dan’s camera off the coast of Cornwall, near Falmouth, England, a human-sized barrel jellyfish (Rhizostoma pulmo) made its debut. “I’ve never seen one that big. We had seen a few smaller jellyfish at a beautiful reef nearby, and then out of the murk came this huge, beautiful jellyfish.” Lizzie told The Guardian. Unlike some of its tiny cousins, the barrel jellyfish is not poisonous and holds no threat to humans. 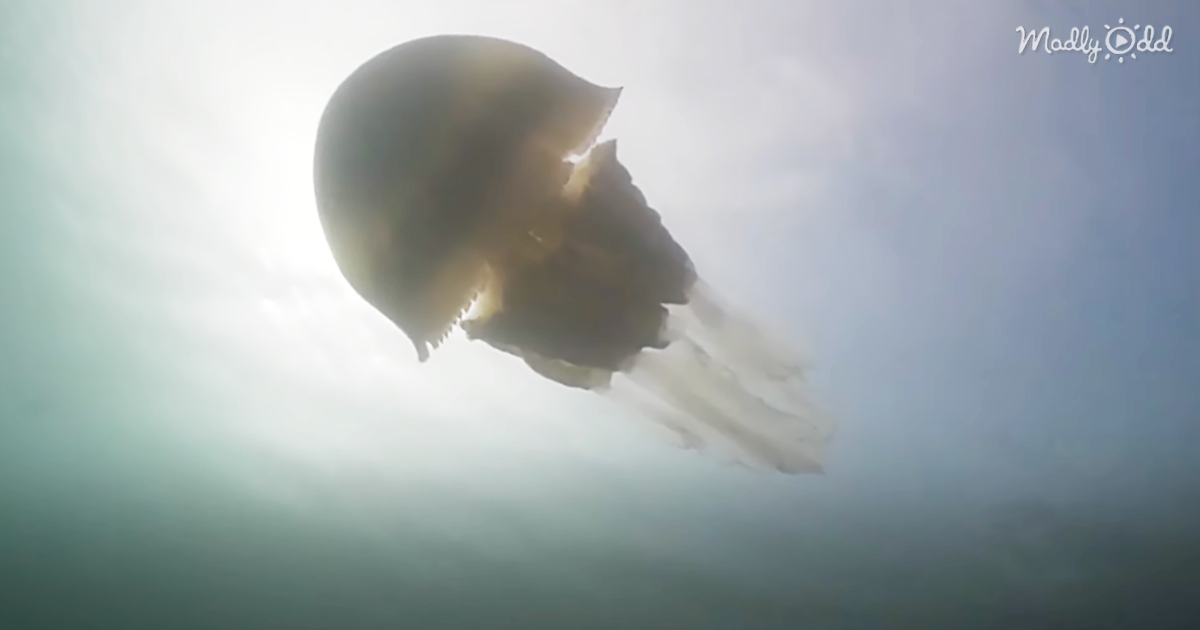 The two divers made full use of the opportunity, spending 26 minutes swimming with the giant. After releasing the video of their encounter it went viral and made the BBC news, which obviously is a huge boost for their fundraising effort. The giant jellyfish’s appearance was a definite show stopper.

Scientist will probably now try to establish the general intelligence level of the barrel jellyfish. Do they all understand the importance of marine conservation fundraising, or was it just this one. 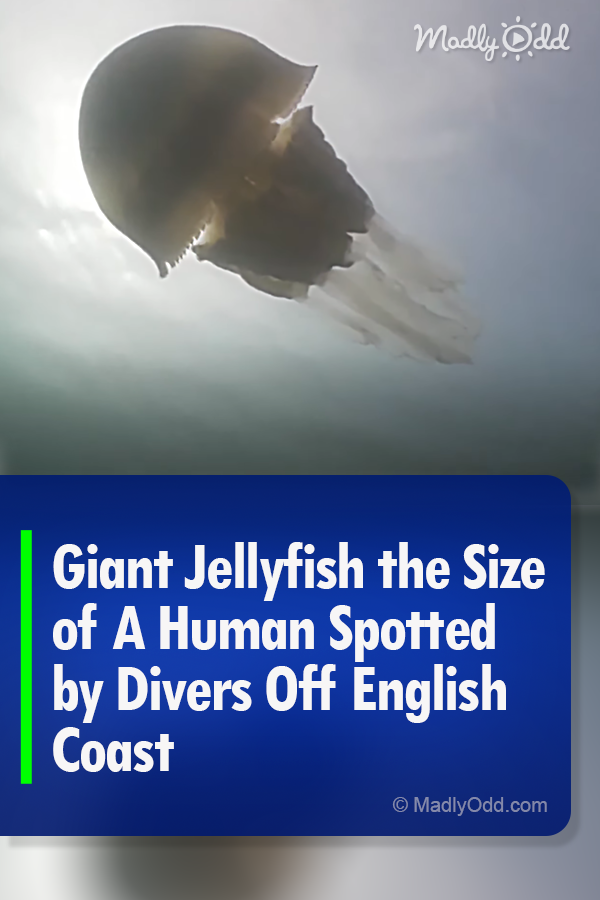