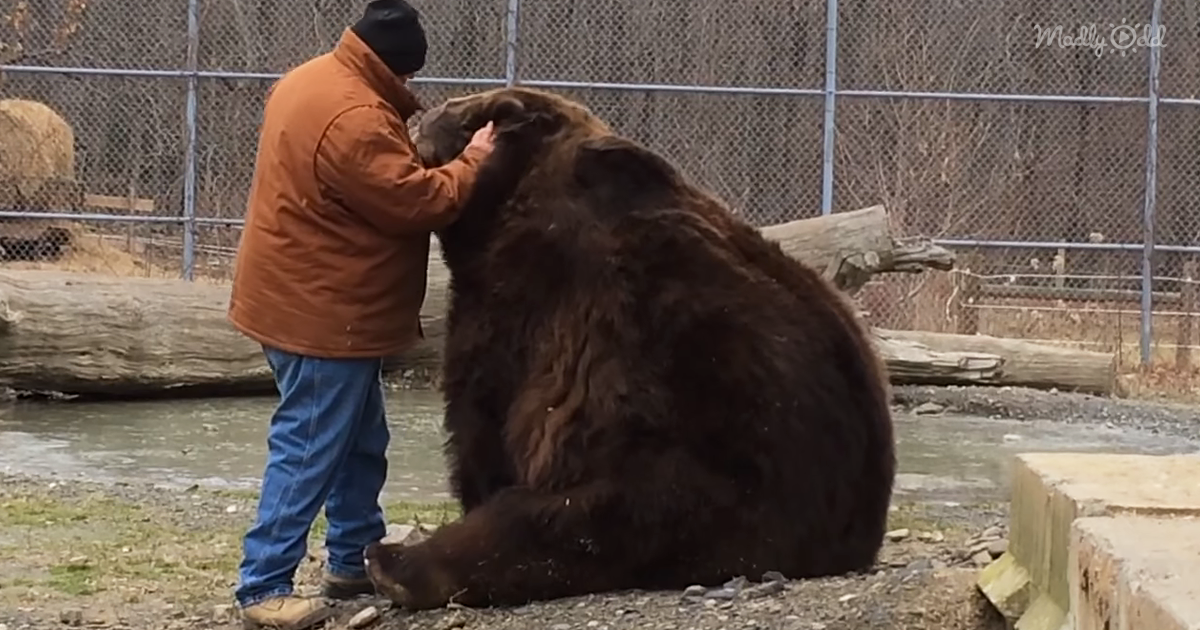 A Kodiak bear named Jimbo grabs Jim back as he walks away, but the cuddly teddy bear actually just wants to play. What an awesome showing of emotion. These two look like they have the closest bond. Jim and his wife Susan Kowalczyk run a wildlife rehabilitation center in New York state, and the love shown here can only indicate that Jim and Jimbo and indeed very best friends.

Jimbo was born in captivity but rescued from a Californian wildlife park years back. He was taken in as an injured cub and has no ability to survive in the wild. This hasn’t detracted from the gigantic furball enjoying a full life. In the footage seen here, he was the biggest bear at the rescue center weighing in at just over 1,500-pounds while standing nine 1/2-feet tall.

Jim Kowalczyk from Otisville, New York, lives out his days taking care of animals in need of rescuing. The retired corrections officer and his wife have been helping bears their whole lives, and the love show shows. You’ve never seen a bear hug that’s as gentle as this – Jimbo sure loves Jim. 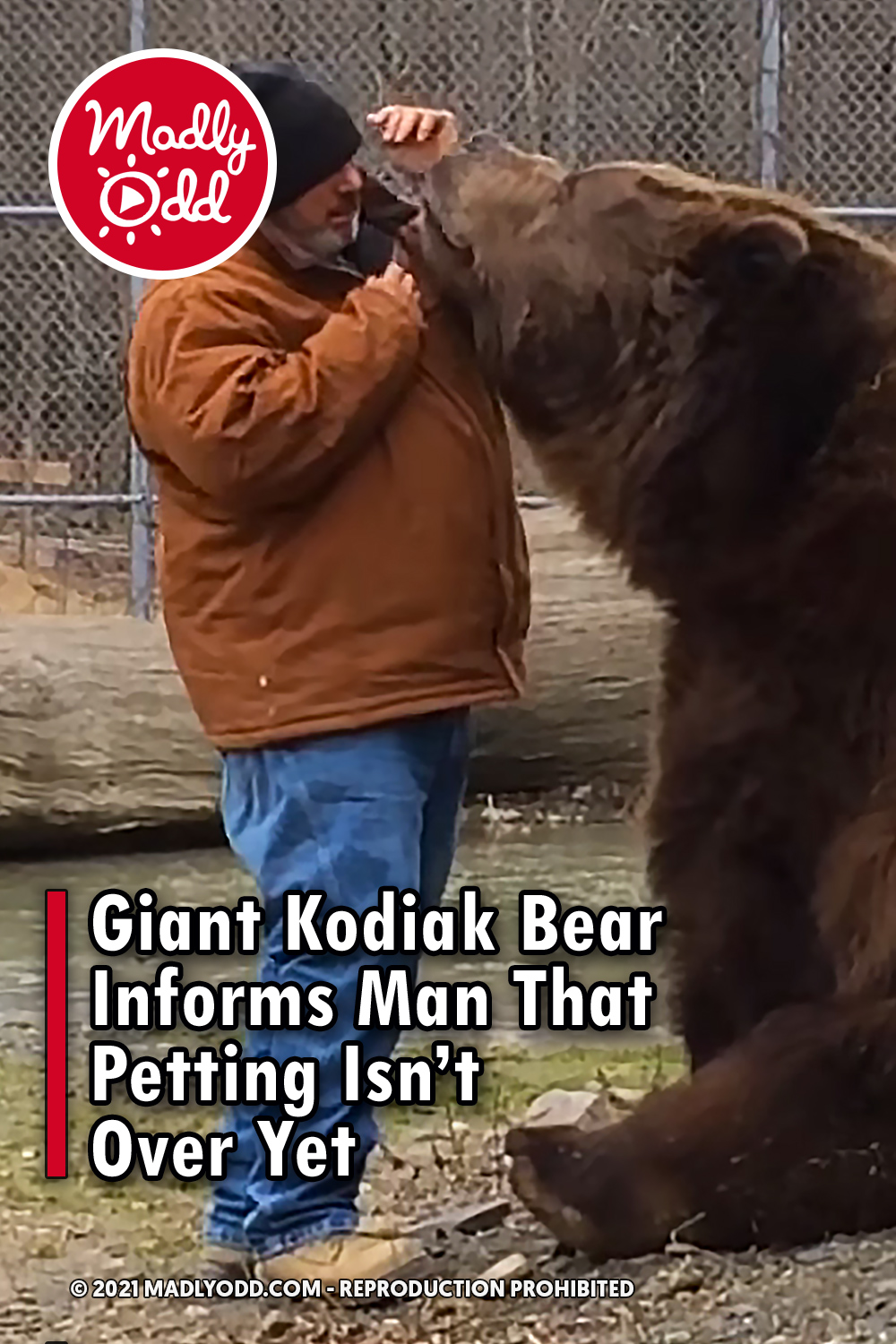