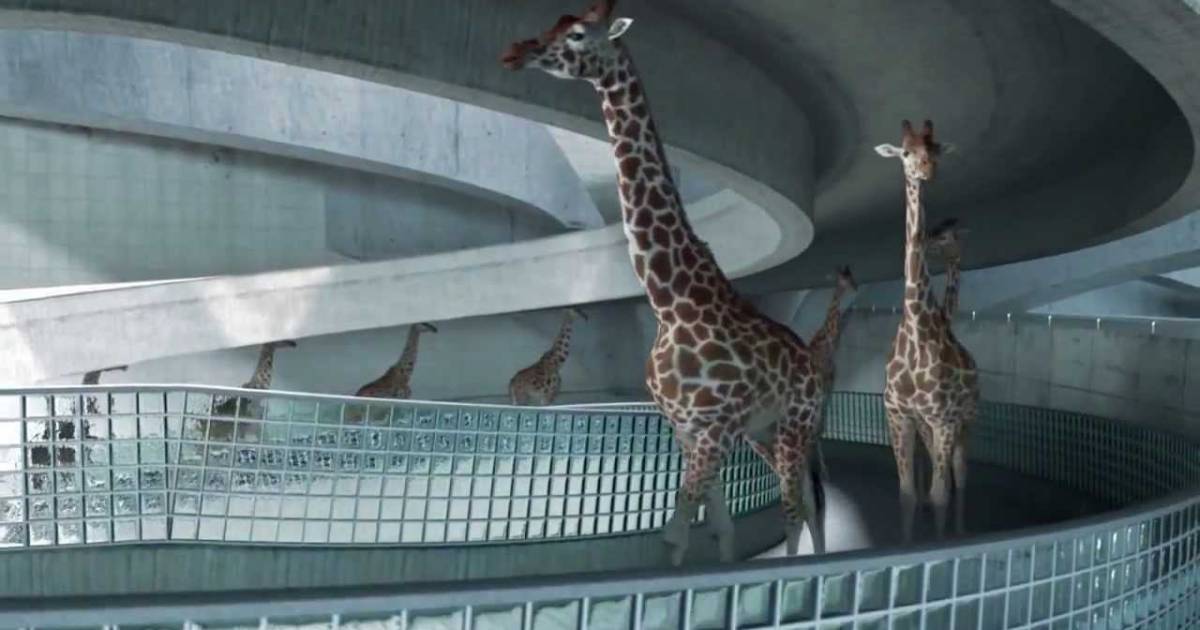 Going by their looks, giraffes are one of nature’s crazier follies. But there’s a method to the madness. With their long legs and even longer necks, they can reach up into the trees and grab mouthfuls of delicious leaves. Giraffes are the tallest animals on earth: the record-breaker measured over 19 feet from his hooves to the tip of his horns.

Several species of giraffe exist, all of them found in sub-Saharan Africa. Due to human and environmental pressures, all species of giraffe are endangered. People have long been fascinated by these bizarre but lovable creatures. We know from surviving artwork that the ancient Egyptians imported giraffes. The ancient Greeks and Romans couldn’t resist them, either. In the days of the Ming Dynasty, a giraffe was even brought all the way to China. 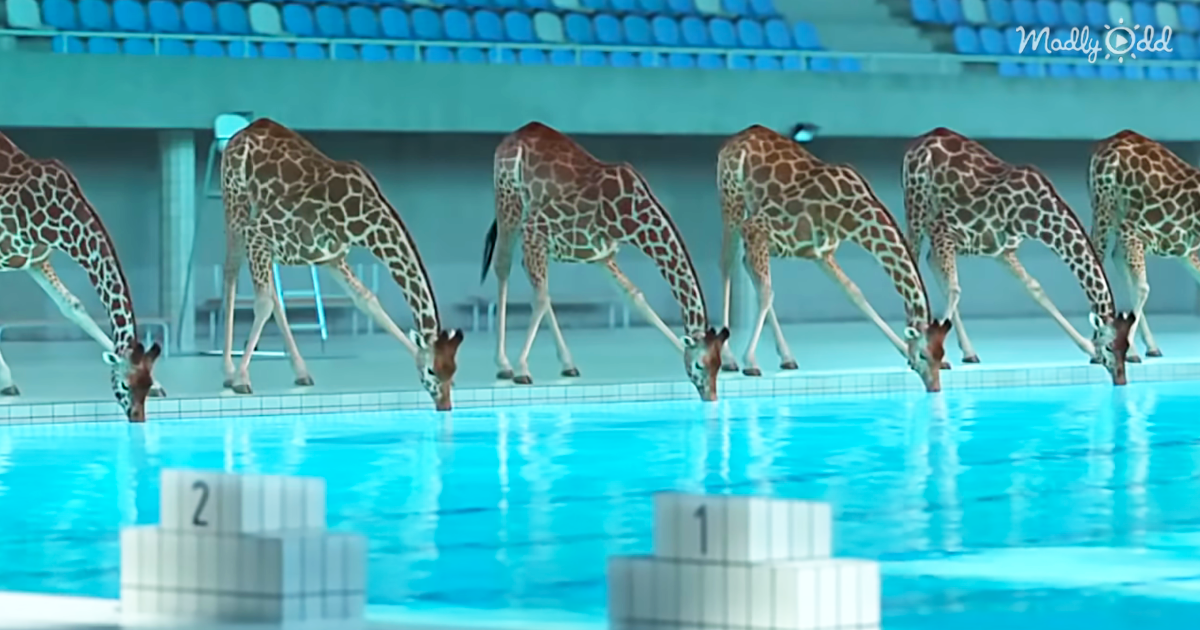 “5.80 Meters” is a charming and surreal animated film made by Nicolas Devaux of Cube Creative Productions with support from the Arte Television Network, the City of Paris, and the French National Center of Cinematography and the Moving Image. The title refers to the height reached by the tallest giraffes.

The film begins with a half-dozen very tall giraffes trooping out of a locker room, their hooves click-clacking on the tile floor. They make their way single-file up a spiral ramp, with only just enough clearance. The building’s lighting and the texture of the concrete structure add to the surreal atmosphere. 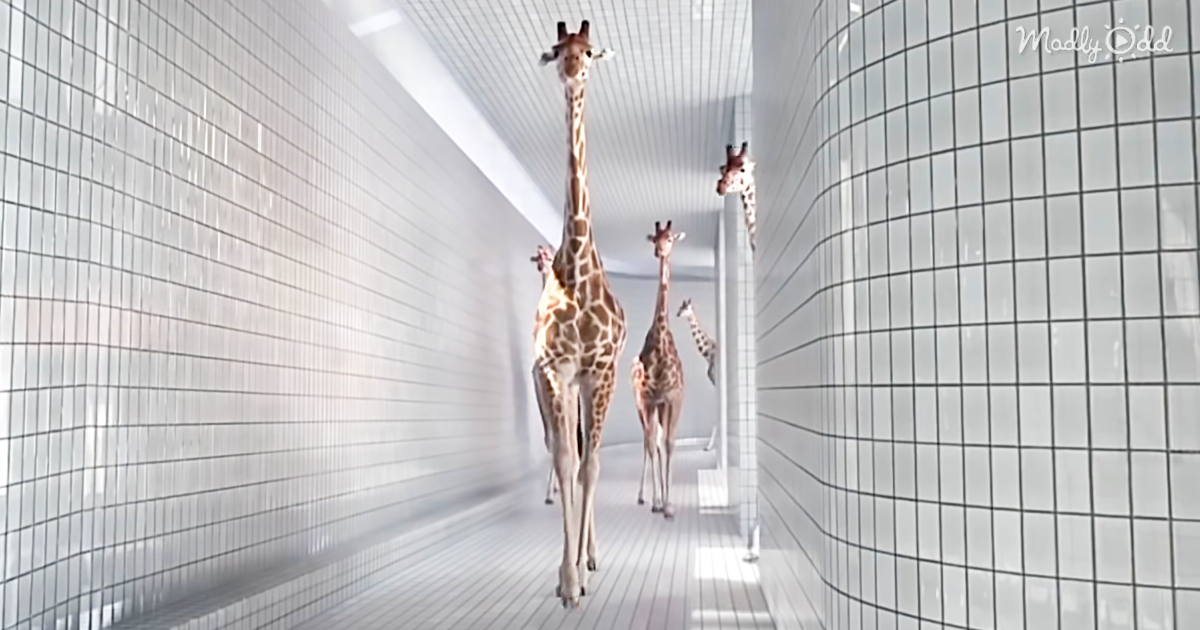 At the top of the ramp, they stop and, one by one, gallop right off the diving board. They seem to really like it: after emerging from the pool, they head back up and treat us to an even more spectacular diving routine. After that, there’s a really cute visual, but you’ll have to see that for yourself. We’ve posted the film below, and we’re sure you’ll wish it was real.