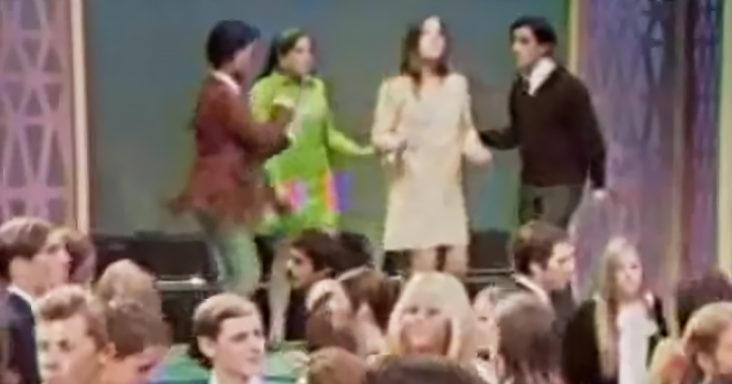 ‘American Bandstand’ featured the best hit music of the day. Dick Clark always introduced the new popular songs, and teens from the show would get up and dance on camera. 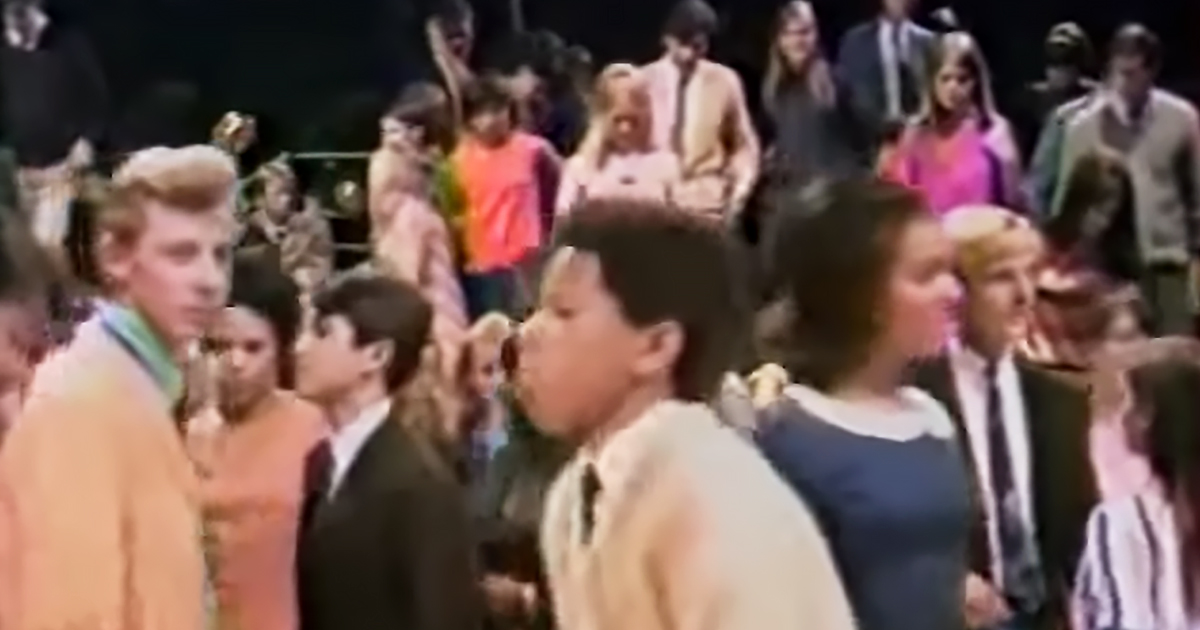 In this episode, Dick Clark mistakenly introduced the next featured artist as Gladys Pips and the Knights. He caught his error later on and laughed about it with the audience.

As the new song “I Heard It Through the Grapevine” began to play, teenagers from the stands spilled onto the dancefloor to boogie down. You can tell how much they enjoyed this hip song! 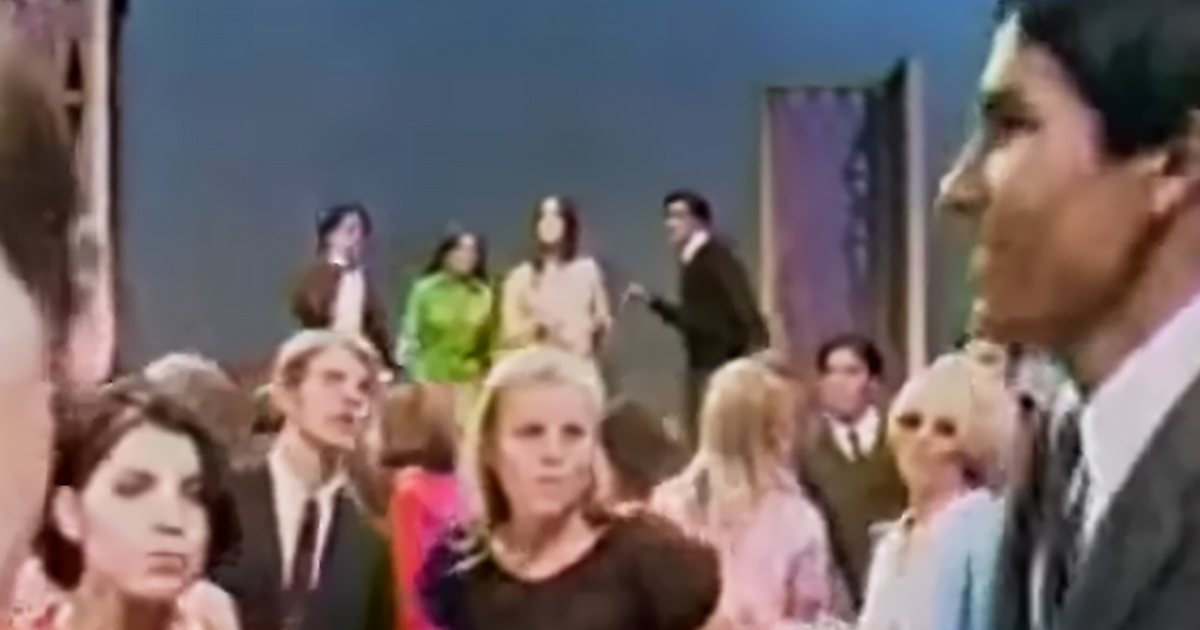 Some of the show’s regular teenage dancers were featured in the camera shots. They had smiles on their faces while bopping their heads and tapping their toes to the beat.

This rare color footage gave a snapshot of the popularity of music from the American Bandstand show. It featured teenagers having a great time and enjoying the artists’ new tracks. 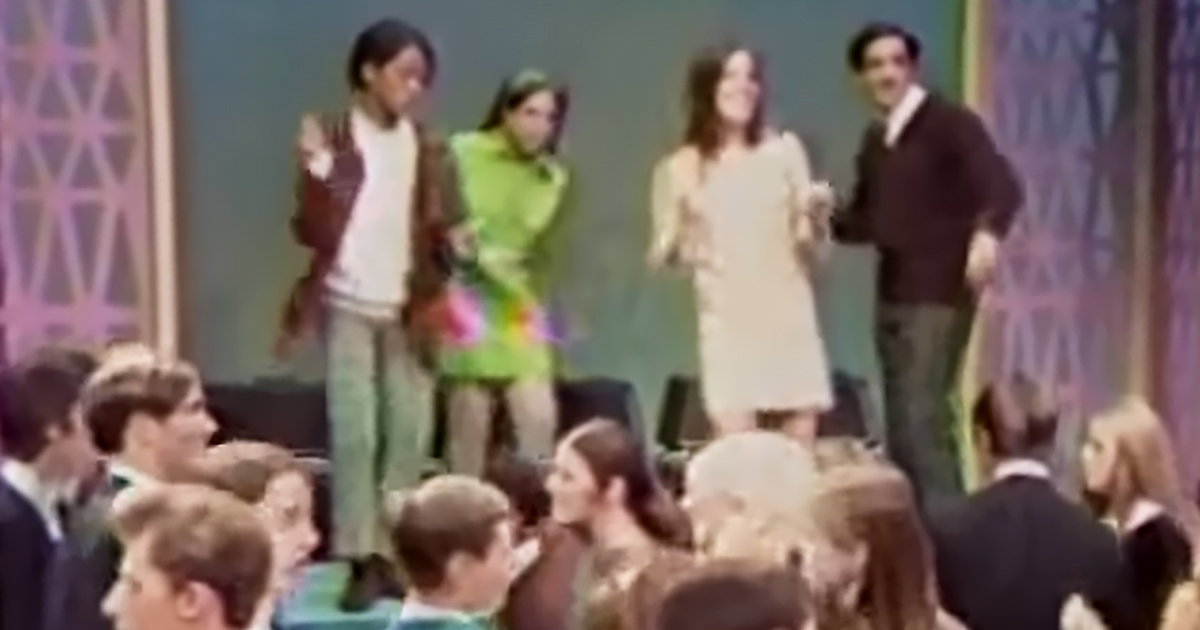 Gladys Knight and the Pips’ famous song was high up on the popular music chart. It is easy to see why as you watch those teenagers dancing and having fun.

The stands were practically empty as the music played. This song is still easy to dance to. It just makes you want to get up and move! Thanks for the great tunes, ‘American Bandstand!’