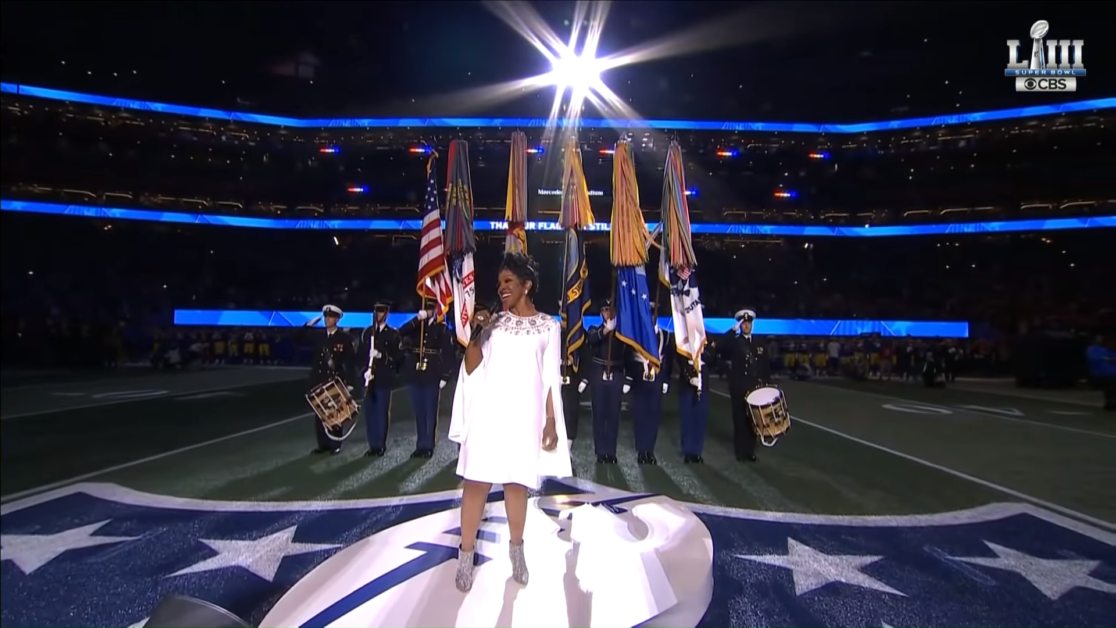 The 74-year-old superstar singer took center stage in Atlanta, Georgia, and delivered a stunning rendition of the “The Star-Spangled Banner” following a spectacular performance of “America the Beautiful” by Chloe x Halle.

Both performances came before the start of the highly-anticipated game between the Los Angeles Rams and New England Patriots and were accompanied in sign language by deaf activist Aaron Loggins.

In a statement to Entertainment Tonight, Knight said, “I am proud to use my voice to unite and represent our country in my hometown of Atlanta. The NFL recently announced their new social justice platform Inspire Change, and I am honored to be a part of its inaugural year.”

“This is my country. This is my state, my city and I love my country. It’s as simple as that,” the “Midnight Train to Georgia” songstress added. “I choose all my songs by what they say, or what they would make me [feel]… I think about the people that fought, and marched, and died, and did all those things for our country. I’m proud to honor them by singing that anthem.” 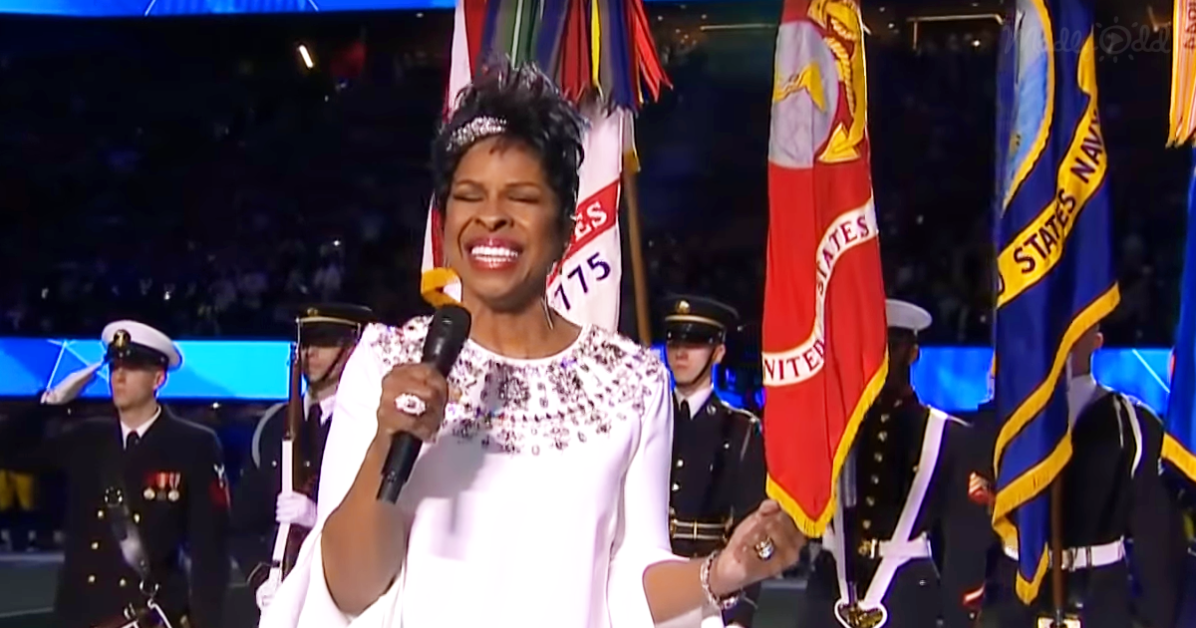 “I understand that Mr. Kaepernick is protesting two things and they are police violence and injustice,” Knight said,  “It is unfortunate that our national anthem has been dragged into this debate when the distinctive senses of the national anthem and fighting for justice should each stand alone.”

“I am here today and on Sunday, Feb. 3 to give the anthem back its voice, to stand for that historic choice of words, the way it unites us when we hear it and to free it from the same prejudices and struggles I have fought long and hard for all my life,” she said.

The singer continued, “From walking back hallways, from marching with our social leaders, from using my voice for good – I have been in the forefront of this battle longer than most of those voicing their opinions to win the right to sing our country’s anthem on a stage as large as the Super Bowl LIII.”

“No matter who chooses to deflect with this narrative and continue to mix these two in the same message, it is not so and cannot be made so by anyone speaking it,” Knight concluded. “I pray that this national anthem will bring us all together in a way never before witnessed and we can move forward and untangle these truths which mean so much to all of us.”

If you, too, were touched by these amazing performances that celebrate this great country of ours, then share this with your loved ones because this was a night we will be talking about for a long time to come.