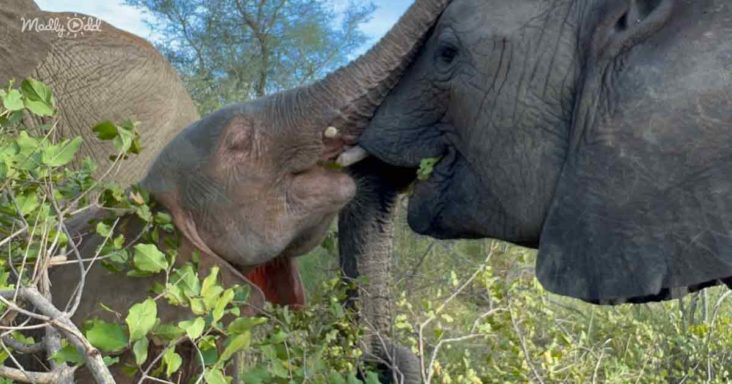 Khanyisa, a cute Albino elephant, was rescued by Adine Roode. She was the founder of the elephant sanctuary and orphanage named HERD. The little one was introduced to the Jabulani elephant herd, who took the little one in as their own. 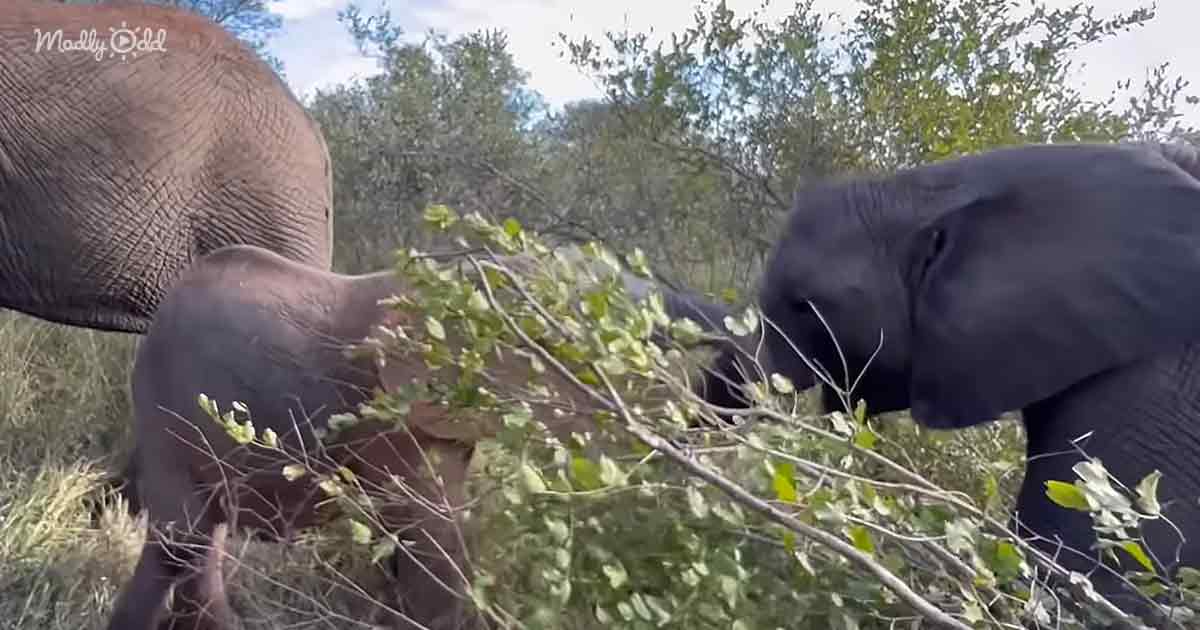 The baby elephant was growing up under the care of the sanctuary team and the herd elders in South Africa. Recently, Khanyisa was found foraging in the wild with her herd members. She was interested in playing with her friend Timisa. However, Timisa was interested in finding and pulling roots that she could eat.

Of course, being a naughty baby elephant herself, Khanyisa was also keen on stealing a few roots from Timisa. So Khanyisa’s allomother, Kumbura, stayed next to the two youngest elephants in the herd so that she could guide them. Adine and Tigere (caregiver) helped feed the calf as Kumbura stood close to inspect them. 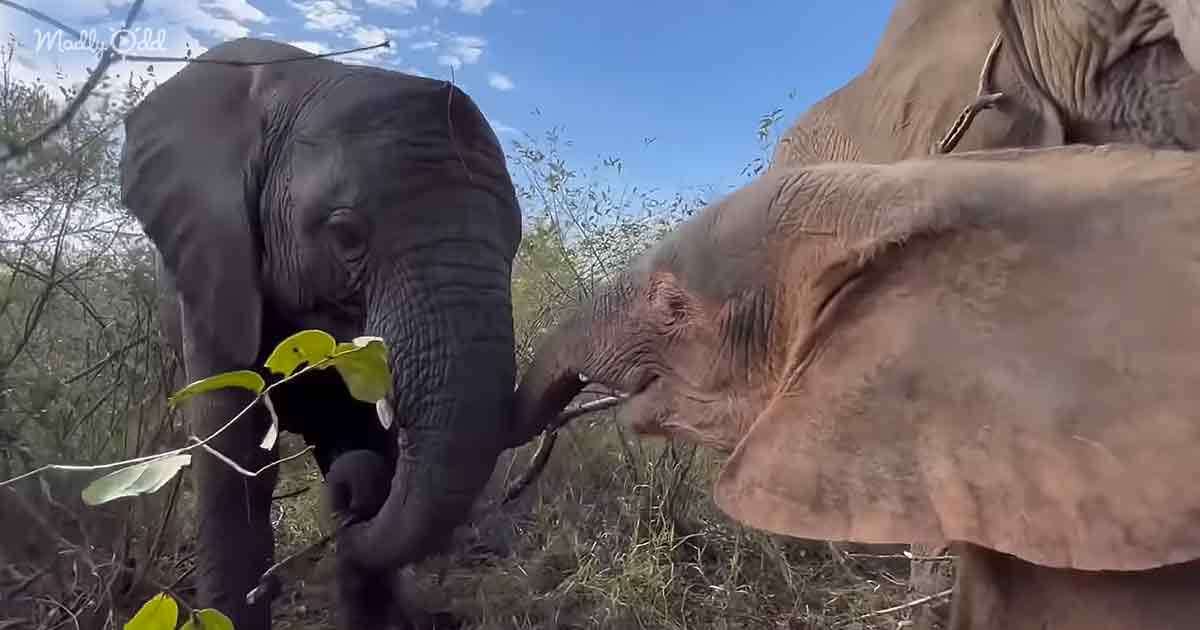 It was quite a task to break the roots from the ground. Eating leaves and grass was a much easier job for young trunks. The baby elephant needed a lot of practice to get the tree roots out for herself. Usually, elephants rely on these food sources during dry winters. Kumbura was a dedicated nanny to Timisa and took good care of Khanyisa.

Tigere offered Khanyisa a freshly broken branch. Adine wanted Khanyisa to learn how to break the roots. First, however, the baby elephant walked in closer, trying to smell the wound that Adine had on her leg from a recent cycling fall. 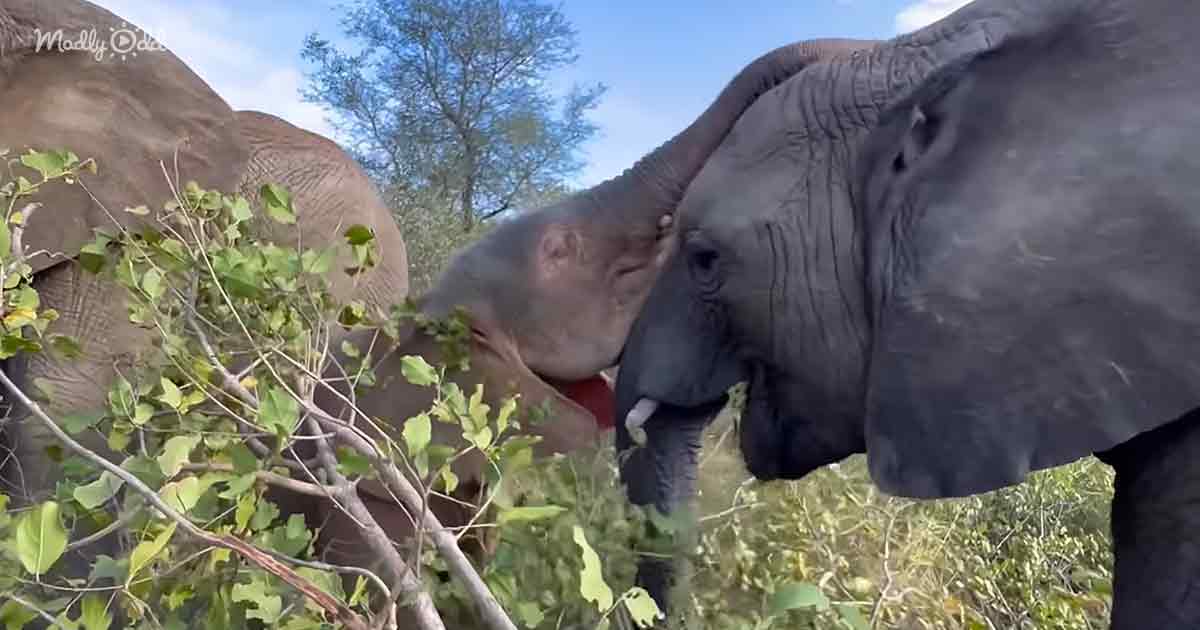 Adine spoke to the little one and told her that she would go to have beautiful tusks one day when she grew more prominent. After that, the protective Kumbura kept an eye on Khanyisa. She followed her constantly to ensure the calf was safe.

Kumbura was herself rescued and rehabilitated in the herd. Hence, she passed on that same care and support to the other orphans. Khanyisa continued eating branches and leaves. However, she did not miss a chance to practice when pulling out roots. Khanyisa loved to show off her strength and skills.