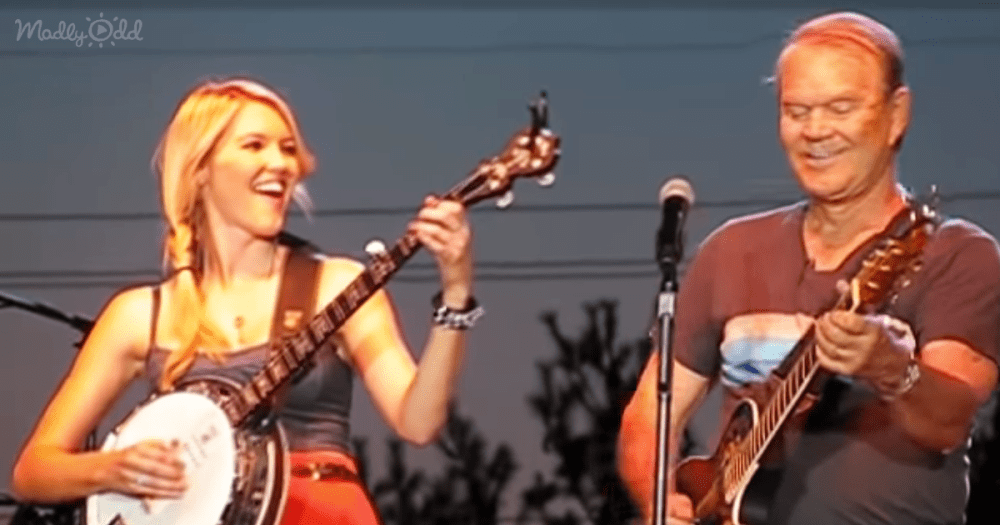 Glen Campbell was a country music legend who accomplished remarkable things in his lifetime, ending his career and life on a farewell tour where he was able to perform on stage with his beloved daughter.

During his life, Campbell won 10 Grammy awards and 10 more awards from the Academy of Country Music, including three Grammy Hall of Fame Awards and a Grammy Lifetime Achievement award.

Campbell was primarily a singer and guitar player. He continued writing songs up until he became too ill to do so. During his nearly fifty-year-long career, Campbell also hosted a TV show, The Glen Campbell Goodtime Hour, and even acted in several films. One notable role was in the western movie True Grit, where Campbell starred alongside John Wayne in 1969.

Although he is most remembered for a series of songs in the seventies, Campbell was always performing and releasing music. Some of his best-known songs include Wichita Lineman, Galveston, and Gentle On My Mind. Gentle On My Mind is a love ballad told from the view of a drifter. There are at least a dozen cover versions of this song, including ones by Elvis Presley and Frank Sinatra.

Galveston and Wichita Lineman both praise the comforts and values of simple, working class, small-town life. This is a frequent topic in the country, and Campbell exemplified the theme better than almost any other songwriter.

Perhaps Campbell’s most loved and played song is one called Rhinestone Cowboy, written in 1975 by Larry Weiss. The song is so connected to Campbell that most fans have never even heard of Weiss. Rhinestone Cowboy tells the story of a down and out performer longing to make it big on Broadway. This sort of hard luck story is another theme country songwriters return to again and again.

By the time he stopped performing in 2012, Campbell had released over 70 albums. He sold over 45 million records, with many being certified gold, platinum, and once even double platinum. Three of his albums, released towards the end of his life, were released on Big Machine, which was Taylor Swift’s record label until she left in 2018.

In 2011, Campbell announced he had been diagnosed with Alzheimer’s the year before. The announcement shook and saddened his fans. The music industry was about to lose one of its stalwarts. Knowing how many of his fans loved him, and not knowing how much time he had, Campbell set out on his farewell tour in 2012. He brought along three of his children, including a daughter, Ashley, who is seen playing Dueling Banjos onstage with him in the video.

The video is impressive for its musicianship alone. Ashley keeps up with her father, trading leads and matching him riff for riff. To see him play his parts with such ease, smiling the whole way through, is an inspiring and uplifting sight. His daughter, too. must have been thankful for this time with her father.