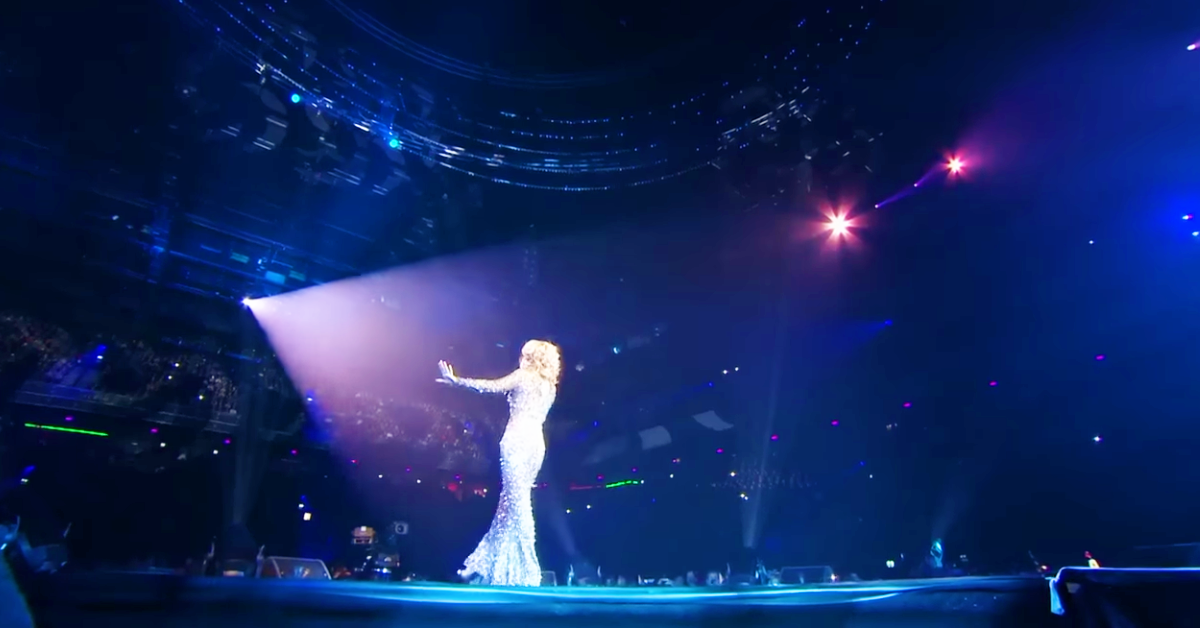 Glennis Grace is a powerhouse performer. You saw her on America’s Got Talent, but where she shines is in this rarely-seen video of her breathtaking “Whitney” performance recorded long before America even knew her name.

Glennis Grace, the “reborn” version of Whitney Houston delivers a fabulous rendition of “Run To You” before a glamorous audience and atmosphere, unlike anything we’ve seen in the USA when we’re watching on America’s Got Talent.

I cried when I heard this. Not because she has a fantastic voice and grace because that’s undeniable. No, the reason why I’m holding back tears is that this reminded me of how much I miss the lady herself, Whitney Houston. I think she would be truly honored by her fan’s breathtaking rendition.

Ms. Grace, I sincerely pray for you in hopes of having a fantastic career. You are a real reminder that there can still be a significant voice in this day and age where mediocrity and foolishness reign supreme. You have now made me a fan, too. 😊

Just remember that Whitney never performed this song live and Glennis did. It was such an enticing experience that if you’re like me, you’ll love her other performances on America’s Got Talent.

The soul diva & proud mom didn’t make it to the final of Eurovision 2005, but she did earn a spot in the grand final of America’s Got Talent. But, in a nail-bitingly close results show, Glennis almost missed out, only saved by a second-chance audience vote. Despite her incredible vocal ability and nailing her performance, Glennis had not made the top four and was not assured a place in the grand final.

Glennis interpreted the song in her classic soul diva style, making the Kate Bush track sound like a lost Whitney Houston single.“This Woman’s Work” may be best known to listeners for the 1997 cover by the American R&B singer Maxwell. After viewing her performance, Maxwell took the time to leave a supportive comment on her Facebook page, which thrilled the singer.

Glennis and the other two acts that had placed fourth, fifth and sixth then faced the Dunkin’ Save vote. The Dunkin’ Save is an app vote where members of the public have only 30 minutes to vote for their favorite of the three acts. But despite the tension, Glennis’ expanding American fanbase came through, and she earned a spot in the grand finale.

No stranger to the stage, Grace was born in Amsterdam and got discovered at the age of 15 years after she won a Dutch TV talent show in 1994 called Soundmixshow, where she performed the song “One Moment in Time” from Whitney Houston.

Grace went on to the next round, where she performed “Nothing Compares 2 U” from Prince. She received praising reviews from the judges; this earned her a place in the quarterfinals.

In the quarterfinals, Grace sang “Never Enough” from the film The Greatest Show Man to reach the semifinals.

In the final, she sang the song Run from Snow Patrol and got a standing ovation from the jury and the audience.

A day later in a separate final broadcast, Grace performed the song “Meant To Be” with American singer Bebe Rexha. The audience was enthusiastic, and many commented that Grace sang the songs better than Rexha.

If you’ve been watching “America’s Got Talent” on NBC then you know there was some excellent competition this season. I can’t wait to see more from Glennis. AGT was the perfect vehicle for Glennis to gain a US fanbase and fans are already taking to social media, eager for Grace to do a US tour.

“Take it on tour, Glennis! Your fans love you, and we will be at all your shows!” exclaimed an excited fan on social media.

“Listening to her sing makes me feel like I’m dreaming. You rarely hear such a great singer. I almost fell from my chair. She completely blew me away. What a super talented beautiful woman,“ praised one fan on YouTube.