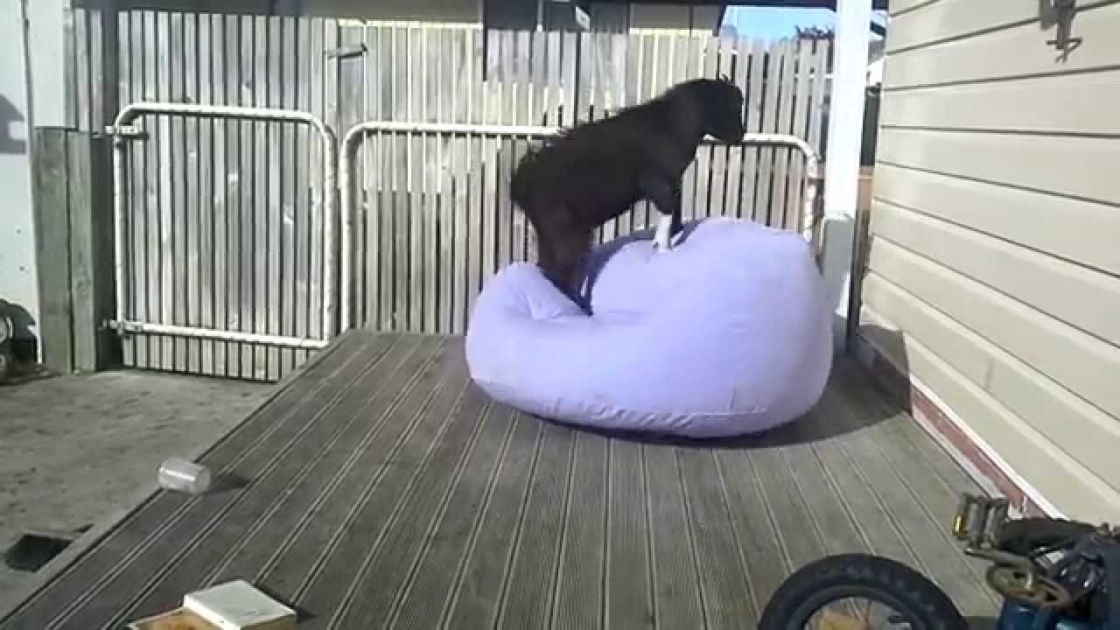 Goats are probably best known for their oddness in eating nearly everything, and also for being able to balance on nearly everything. You’ve seen the photos in NatGeo and such – a mountain so steep, it has probably never had the touch of man on it, but there are plenty of goats.

As it turns out, there are a few things that goats can’t balance on. In our video below, we show you one of these rare situations of an unbalanced goat, and it is laugh-out-loud funny. 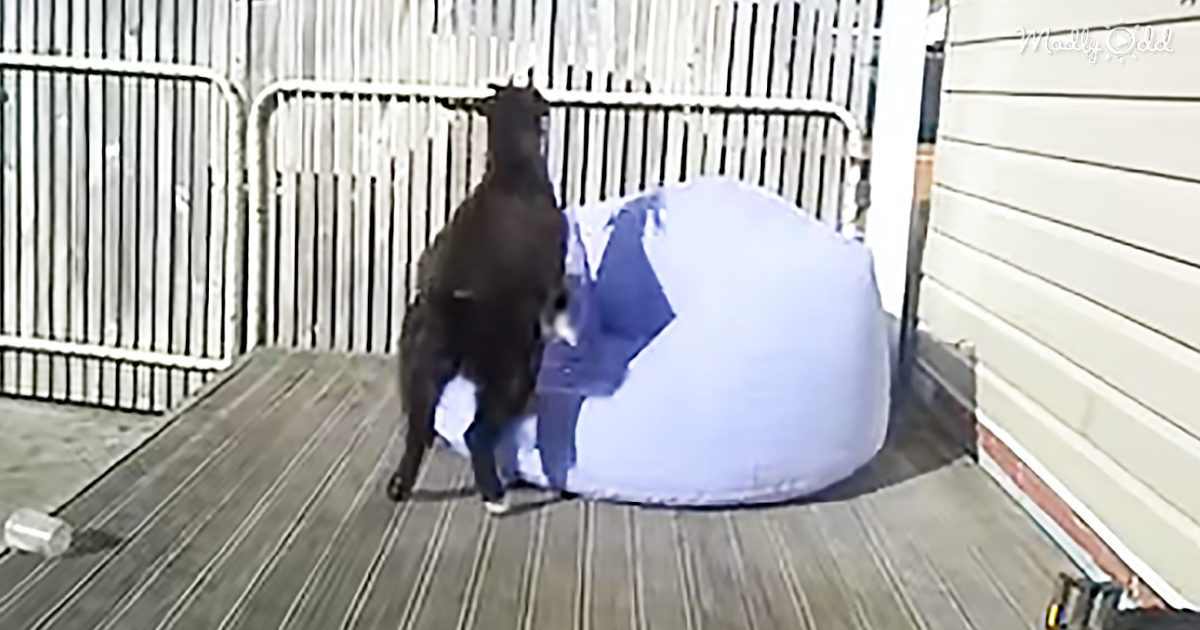 The guy in our video is named Dynamo (isn’t that such a cool name?). He has probably had a long day keeping the grass in check, so he decided he wanted to perch himself in the chair outside on the deck with his human mom. Well, the idea was good; the execution, however, is another story.

Poor Dynamo doesn’t know what is happening as he attempts to climb onto a beanbag chair. Watch as Dynamo tests his balance skills, and he appears to get a little frustrated by the situation. He tries headbutting, digging, and diving. You can tell he’s getting a little frazzled, running back to his mom as if to ask her, “Why can’t I beat this thing?!” Dynamo is such a cutie, and you don’t want to miss his silly antics with the beanbag chair. 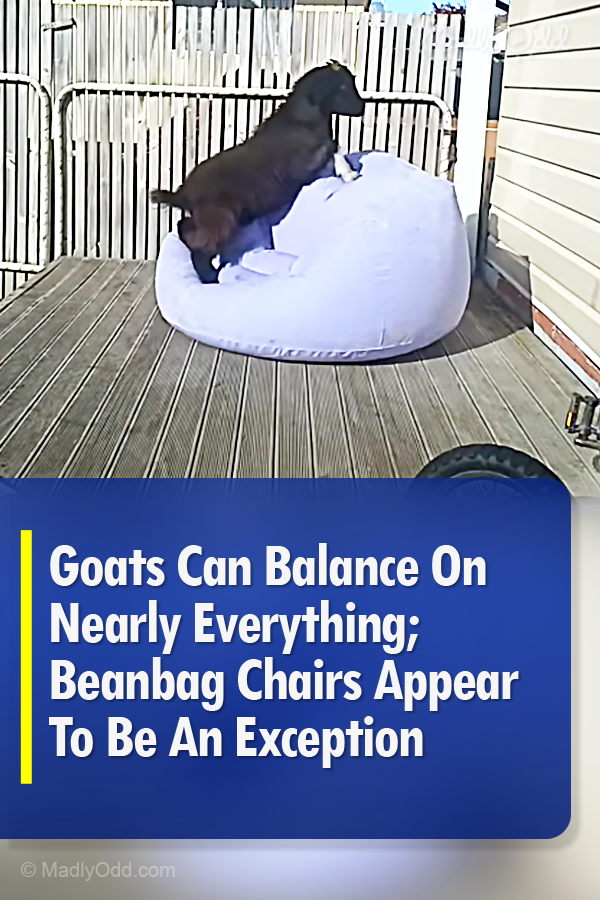