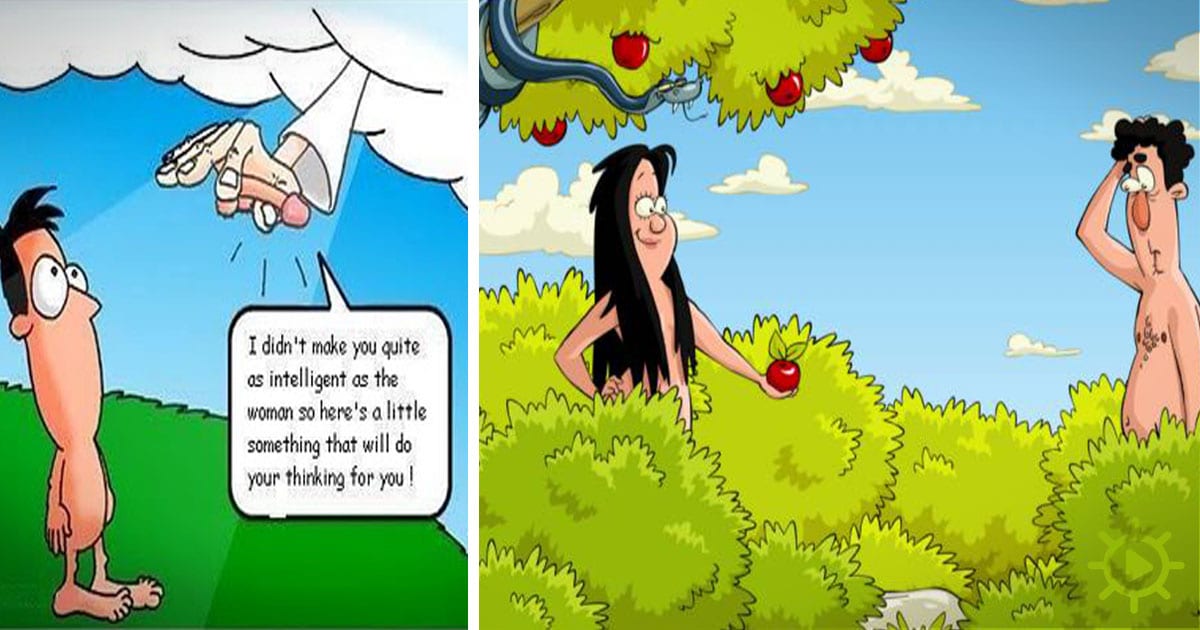 There will probably always be endless debate about whether apparent differences between men and women are a matter of nature or nurture. While we’re at it, let’s not forget the role of divine design.

It seems that for well over 2,000 years, a portion of the Book of Genesis was… misplaced… Could male theologians really have let something so important slip their minds for all that time? Based on the story that’s been recovered, that would seem to be entirely possible. To summarize…

God was just about done creating the first humans and was proud of his work: with nothing but clay and his own breath, he’d made amazing, if maddeningly recalcitrant beings. However, there were still two parts left to add to the man and woman and he had no idea who should get what. Since he’d given them free will, God decided to simply ask.

God’s voice thundered from on high: “I’ve got two things for you, but you’ll have to decide who gets what. The first lets you pee standing up…” The impetuous Adam interrupted his maker: “Oh, do please give that to me! I’d love to be able to do that! Doesn’t it seem to be exactly the sort of thing a man should have? Please! Pleeeease!

Let me have that!” Adam kept carrying on like a little boy, bouncing up and down. Eve merely smiled and told God that if Adam really wanted it so badly, well, go ahead and indulge him. That was good enough for God. Adam was so excited about his new equipment that he started whizzing all over the place, even writing his name in the sand! He did ‘the helicopter’ and announced, “Hey, look, Eve! I’m a sprinkler!”

God and Eve shared a chuckle and then he said to her, “Okay. You’re going to be stuck with the other thing I had.” A smile playing over her face, Eve asked, “Oh, what’s that?” God replied, “Brains!”