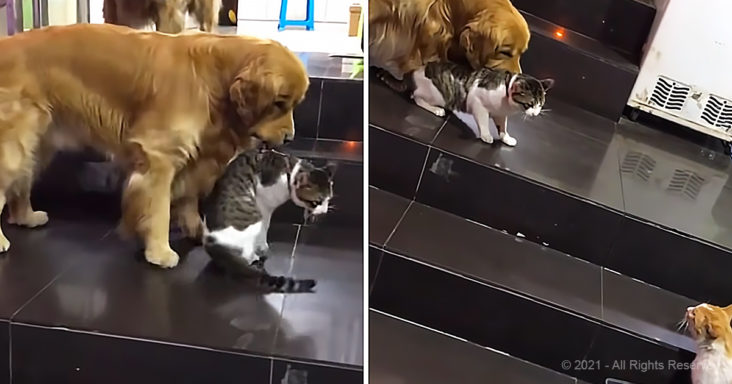 This adorable Golden Retriever hilariously intervened at the right time when these two cats were about to exchange paws.

Cats and dogs are known to be arch-nemeses. But in some rare instances, you’ll find the two animals peacefully co-existing. In this situation, we can undoubtedly say the two cats are the archnemesis.

The cats were about to start throwing paws at each other when the adorable Golden Retriever hilariously intervened to diffuse the escalating situation. He dragged one of the cats by the collar and carefully kept him by the steps, away from the other cat. 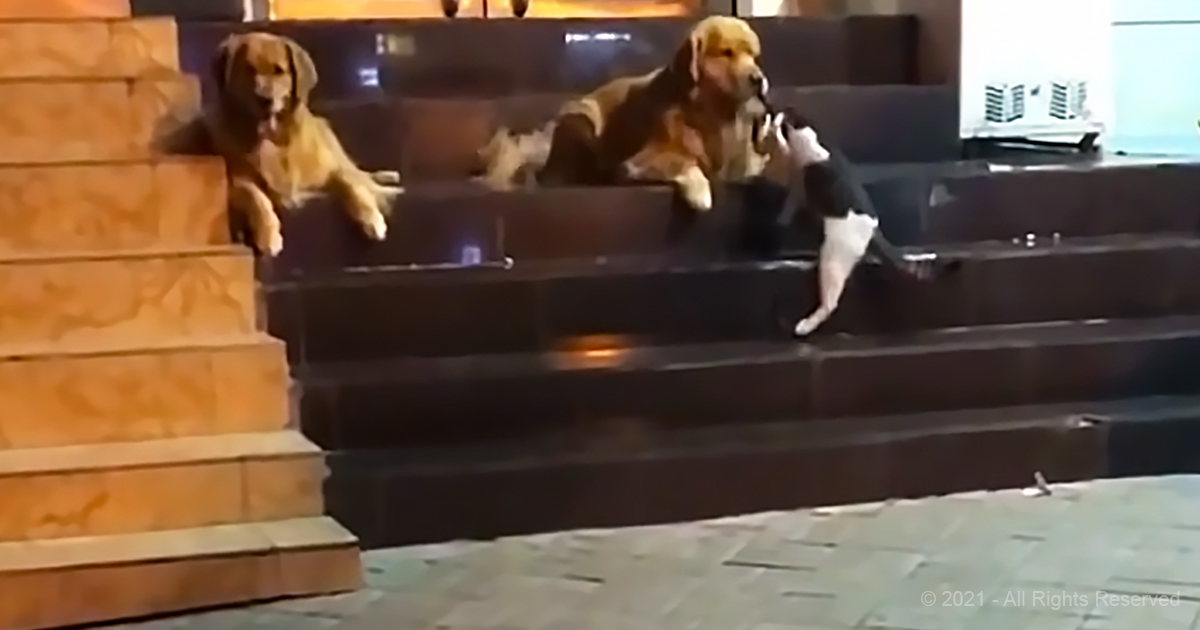 One would say they’ve been through this before because the cat didn’t at any point resist being dragged by the dog.

Looking at the two cats loudly and aggressively meowing at each other, you can easily conclude that there were several feline profanities hurled. We’re not sure what was said, but it did not sound very polite.

With more than eleven million views, you can tell most of the viewers enjoyed watching the Golden Retriever hilariously break the catfight. Even funnier are the comments where viewers were re-enacting the catfight. 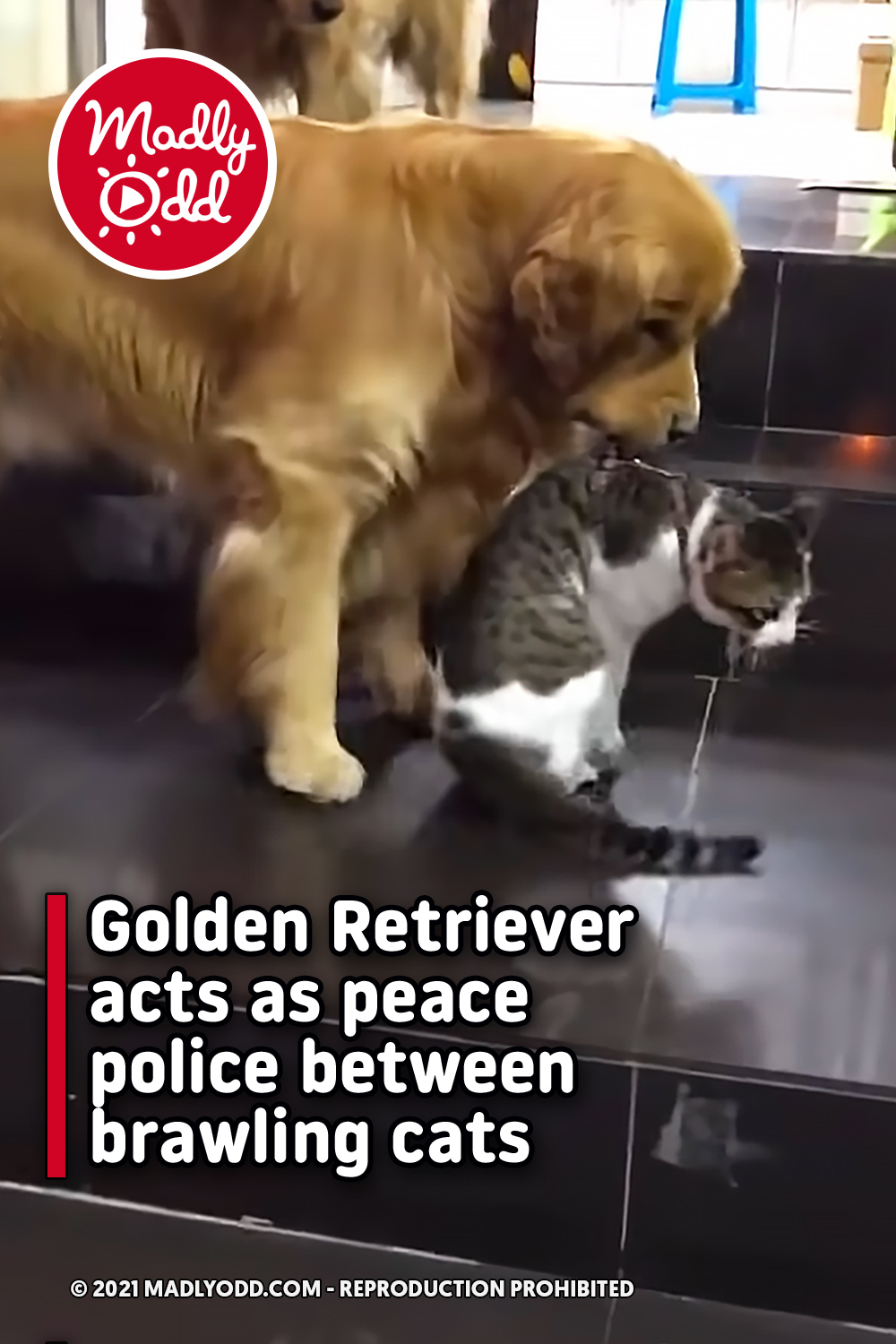