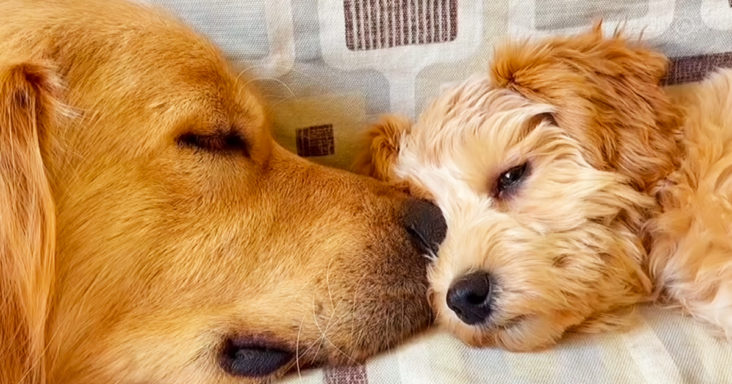 Animal friendships are so adorable to watch. Since dogs are one of the most expressive animals, their friendships strike a special chord in our hearts. This story is one of its greatest examples.

This is the story of a Goldie named Jin Mao who has a wonderful owner. This working owner had the common sense of providing company to a dog who became lonely during weekdays.

Enter Teddy the Labrador. He’s a pocket-sized pup with a planet-sized heart. What’s more, his coat matched Jin Mao’s perfectly! As soon as Jin Mao saw him, he sniffed the pup and welcomed him warmly. 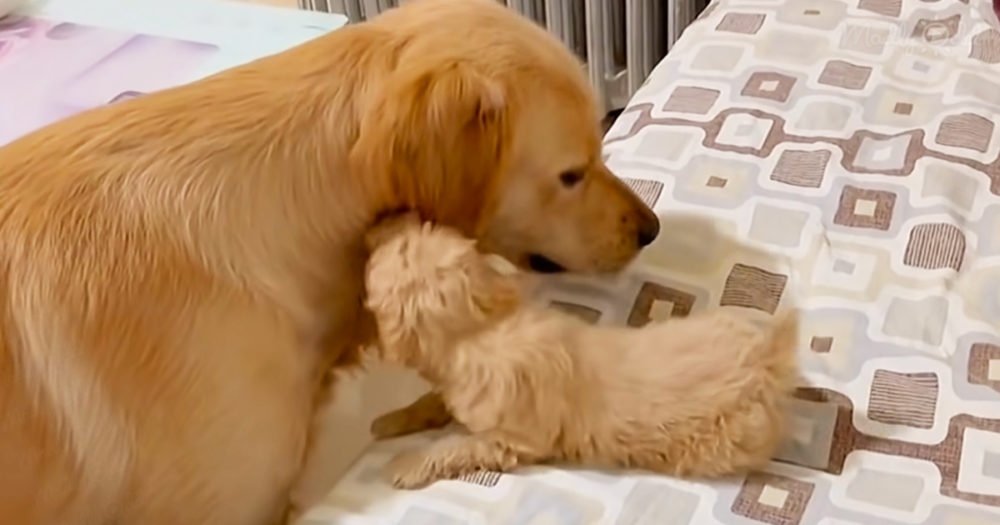 It was love at first sight. All signs pointed to it. After two years of waiting alone at home for his owners to come back, Jin Mao finally had a son to keep him company.

Jin Mao is a big boy, always sharing his food and toys with his son. But all dogs are puppies at heart! He has a favorite teddy bear, which he refuses to share with his son, its namesake! 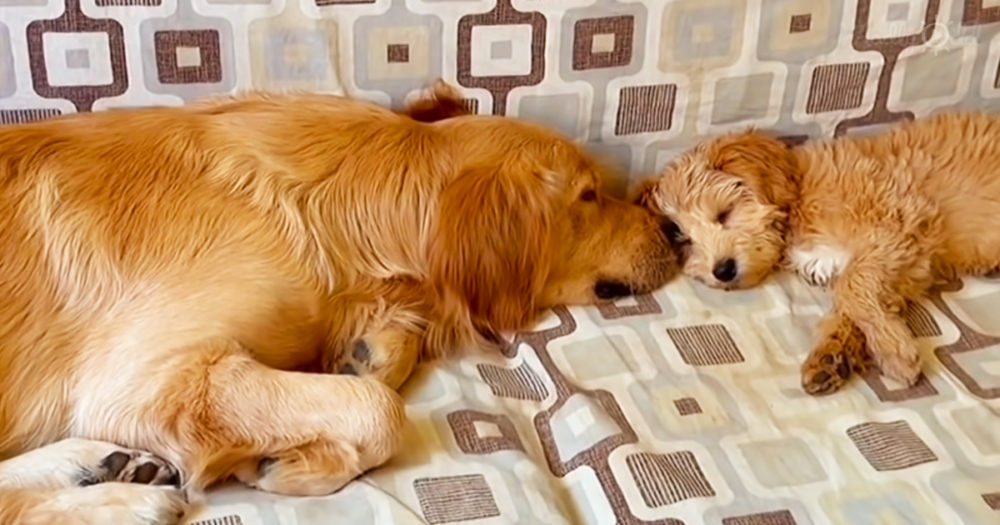 Despite their wildly different sizes, they get along well. Jin Mao is extra careful not to hurt his son because of his tiny size, and Teddy trusts Jin Mao with his life. A perfect father-son relationship.

These dogs are completely inseparable. They eat together, sleep together and play together. Jin Mao teaches Teddy the essential dog etiquettes, and being the loyal and loving son he is, Teddy follows.