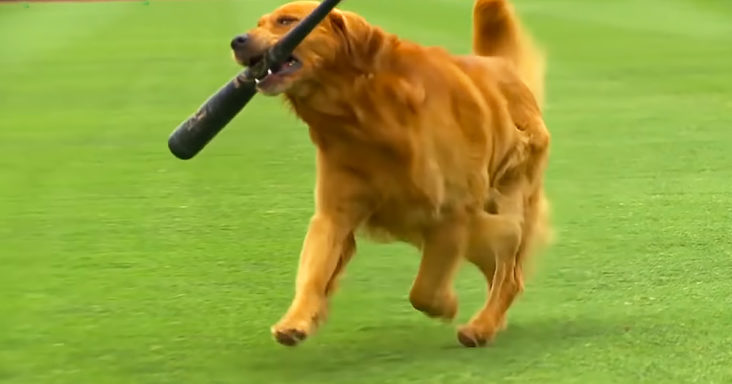 Jake, also known as the Diamond dog, works all around the country at baseball games. He has got two jobs, the first one is collecting the bats used for playing baseball. The other one is to deliver water bottles to thirsty players and empires.

The cute and beautiful Golden retriever is a hard-working dog who loves his job as a batboy and volunteers to serve thirsty players. He has worked for many minor league teams as their batboy.

Jake and his owner travel all across the country in a custom van and meet his fans everywhere. Jeff Marchal, Jake’s owner, says that his dog was a mascot for a minor-league baseball team, and that is how this started. They just moved on from one team to the other, doing their travels all across the country. 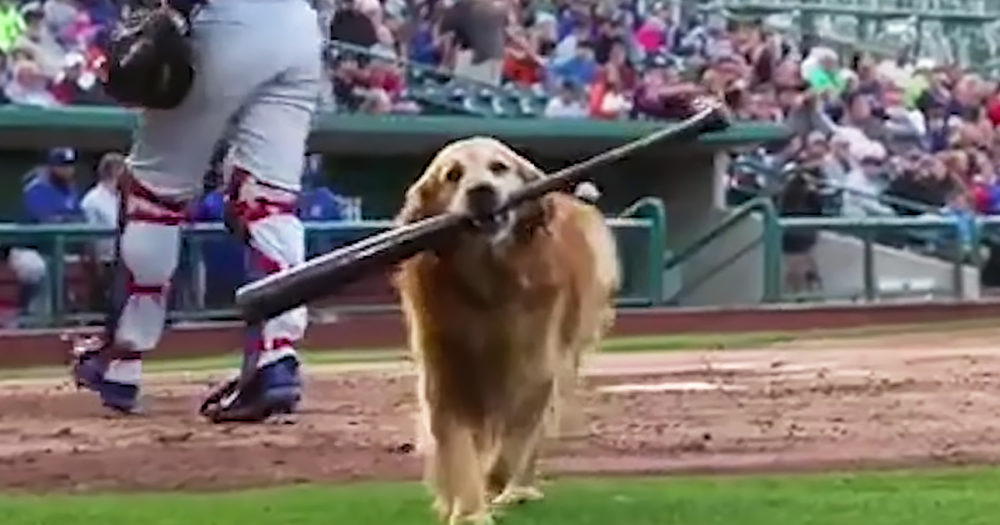 Jeff has worked his whole life with dogs, and he feels that he has lived a dog’s life. So, the first time Jeff brought Jake to a convenience store where he was working, he had an excellent idea.

He decided that Jake would take the money from the customer, which may add up some spice to brighten the atmosphere at the store. Jeff then combined his love for baseball and dogs and taught Jake how to retrieve bats.

John Terry Jake’s talent agent says that minor league baseball teams know that they also need to entertain their fans, and he believes that is what Jake does for the teams. However, John calls Jake his best friend. He finds true pleasure working with him.

However, when he is off duty, he is an amiable dog who loves to take selfies with his fans and loves to play frisbee on the empty baseball field. He even loves to hang out with players. He even performs for school kids who love him a lot. He even owns a particular batch to attend winter meetings with ball clubs and loves to play with the mascot.