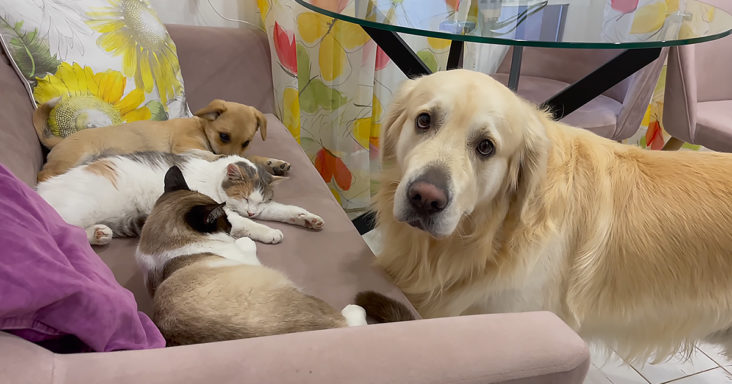 Have you ever stood up from the couch and come back to find your spot taken? If that has happened to you, you know just how frustrating that experience can be. 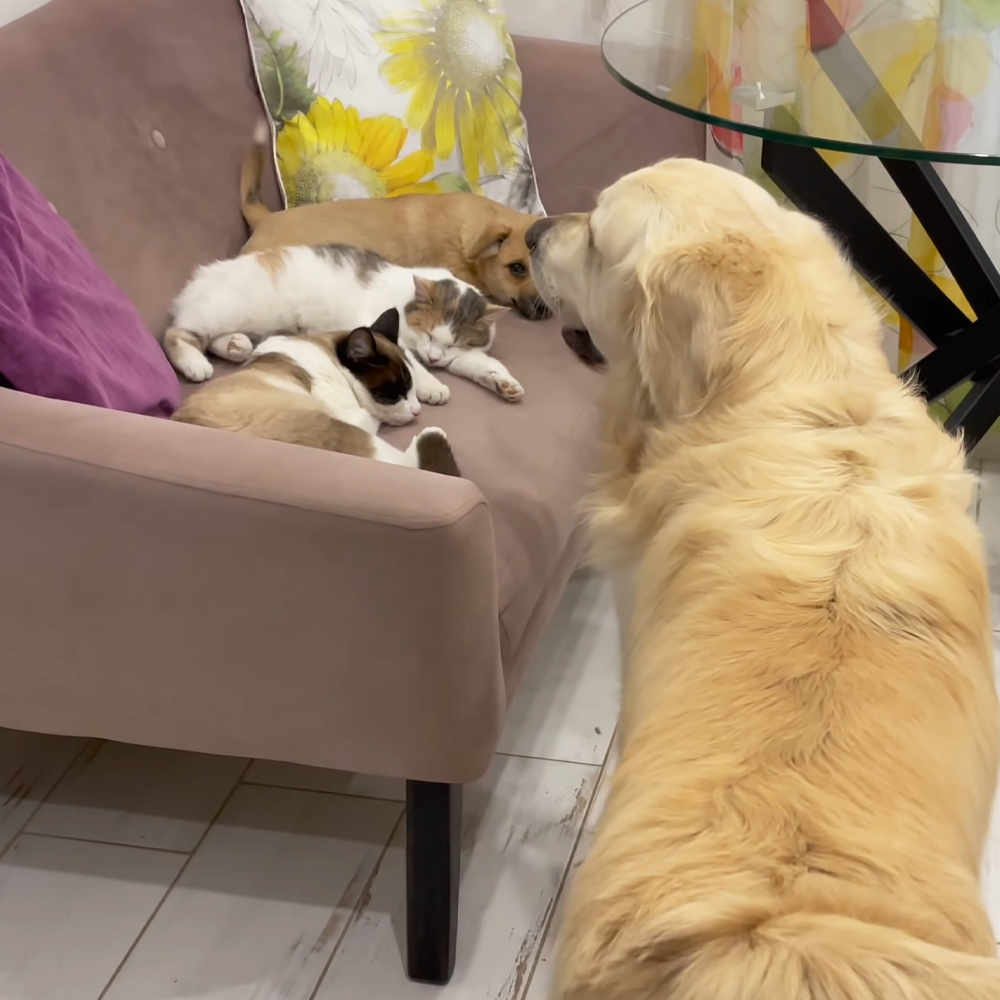 That same feeling seemed to be what Bailey the Golden Retriever felt when he wandered over to his sofa and found it claimed by two cats and an adorable puppy.

At first, he seemed confused, looking back at his mom to see if she could do something about it. Then came the sweet whines. The cats, on the other hand, seemed nonplussed. 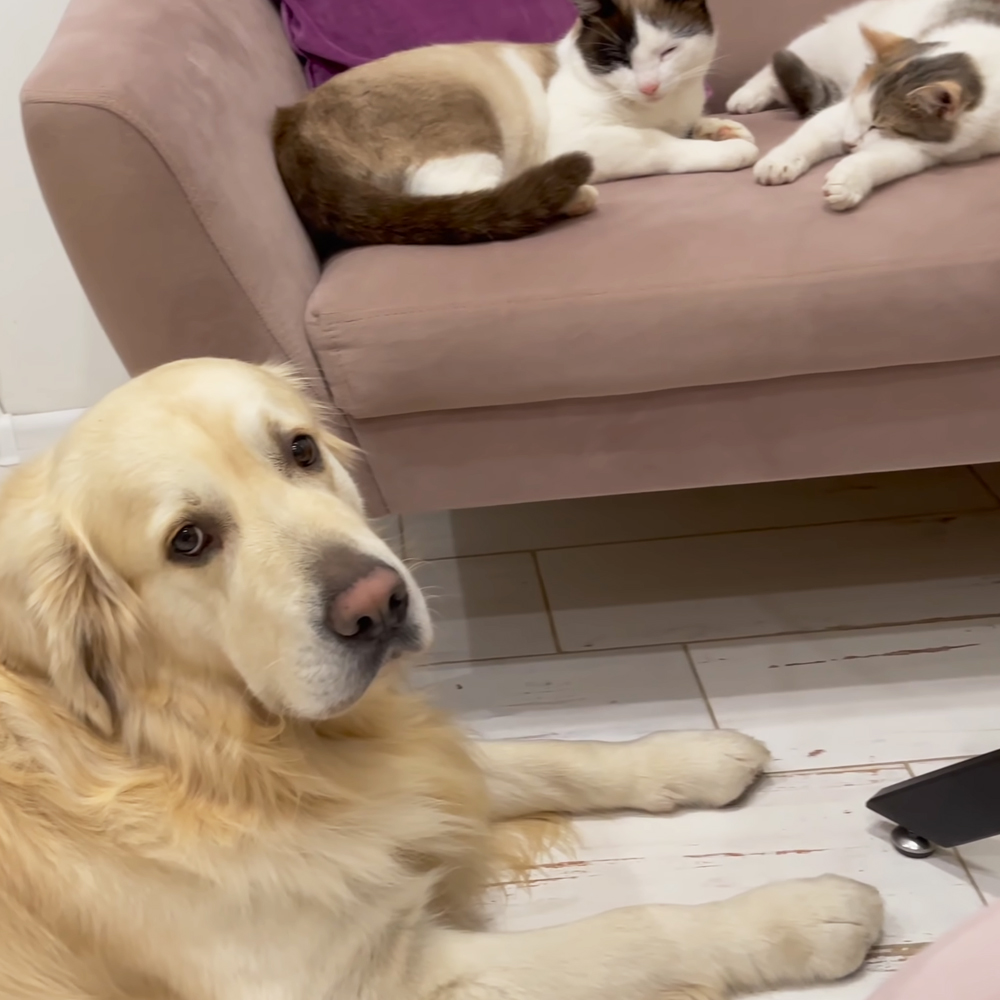 As the puppy sprawled out and wagged its tail, the cats closed their eyes and ignored Bailey’s pleas. The Golden Retriever wandered back over to his mom once more for one final call for aid.

Although she did offer some encouraging pats on the head, Bailey would have to solve this problem himself. As the Golden Retriever walked back over to the couch, it was clear he had had enough.

Bailey, the Golden Retriever, started barking at the other animals to get up out of his spot. If cats could roll their eyes, then they would have at that moment. First one and then the other slinked off the couch.

Bailey jumped up onto the couch, turning toward his mom. He looked so proud as he wagged his tail. Once again, Bailey, the Golden Retriever, was king of the sofa.