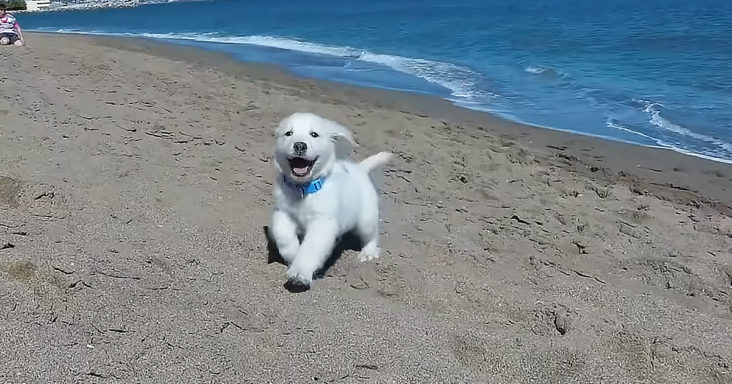 A Golden Retriever named Bailey is famous for his adorable reactions to new situations. In this video, we see him as a tiny puppy visiting the beach for the first time. 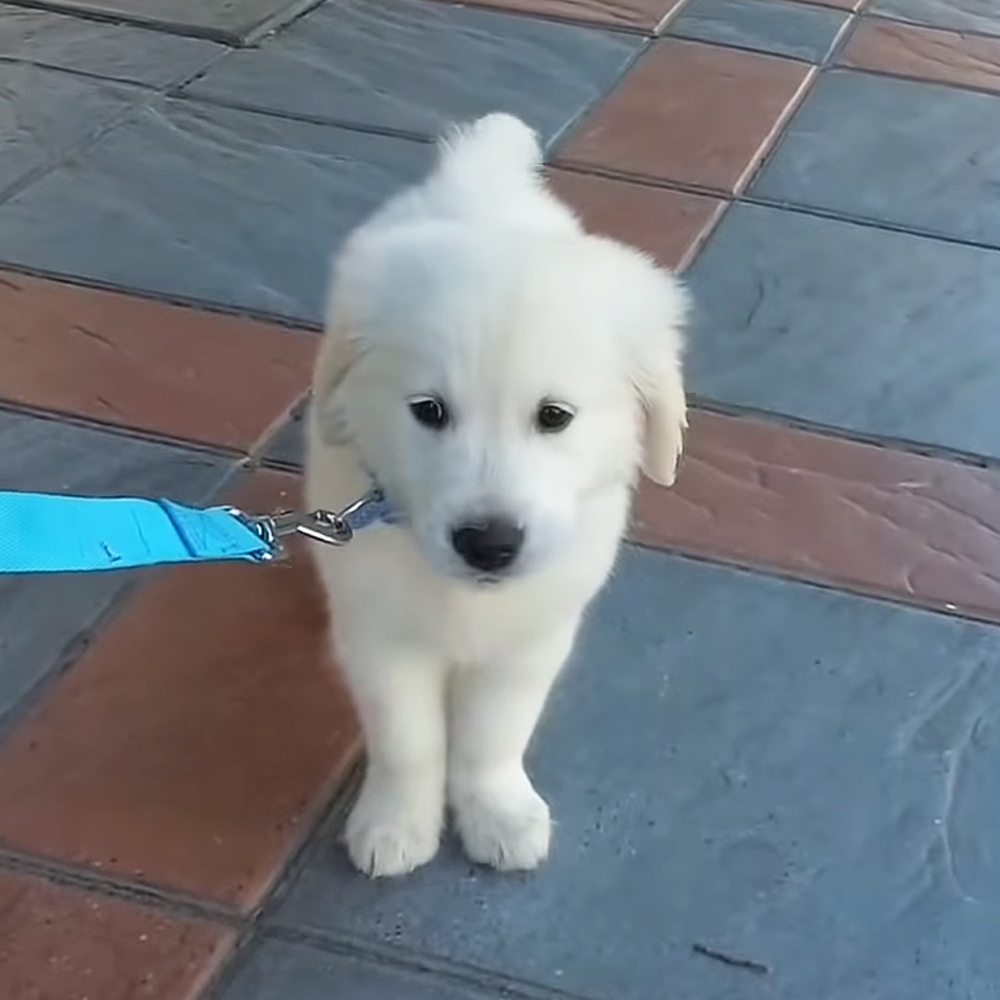 His owner Taras loves to share fond memories of Bailey from when he was still a puppy. Bailey’s owner and his partner had taken the puppy on a joyful walk to the beach.

The fluffy white ball of fur walked with a lot of excitement. However, he did not want to let go of his toy attached to the leash. It was pretty evident that he was super excited. 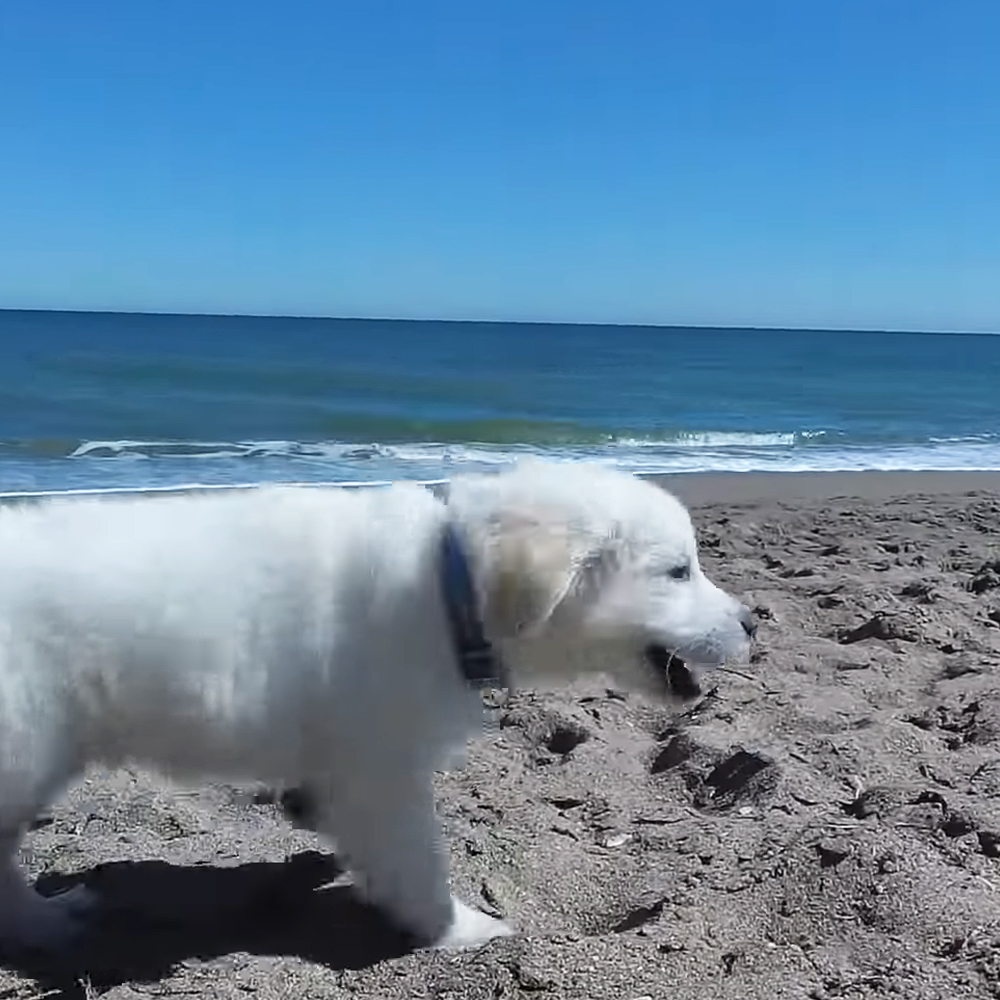 As soon as Bailey’s owners reached the beach, they unleashed him. The Golden Retriever puppy was delighted and instantly found a partner to play soccer. However, the ball was too big for the little one.

Bailey lost his control and almost hurt himself. However, this did not bother the puppy at all. He continued to run along the beach. As soon as he saw his toy on the leash that his owner’s partner was holding in her hands, he chased after it. 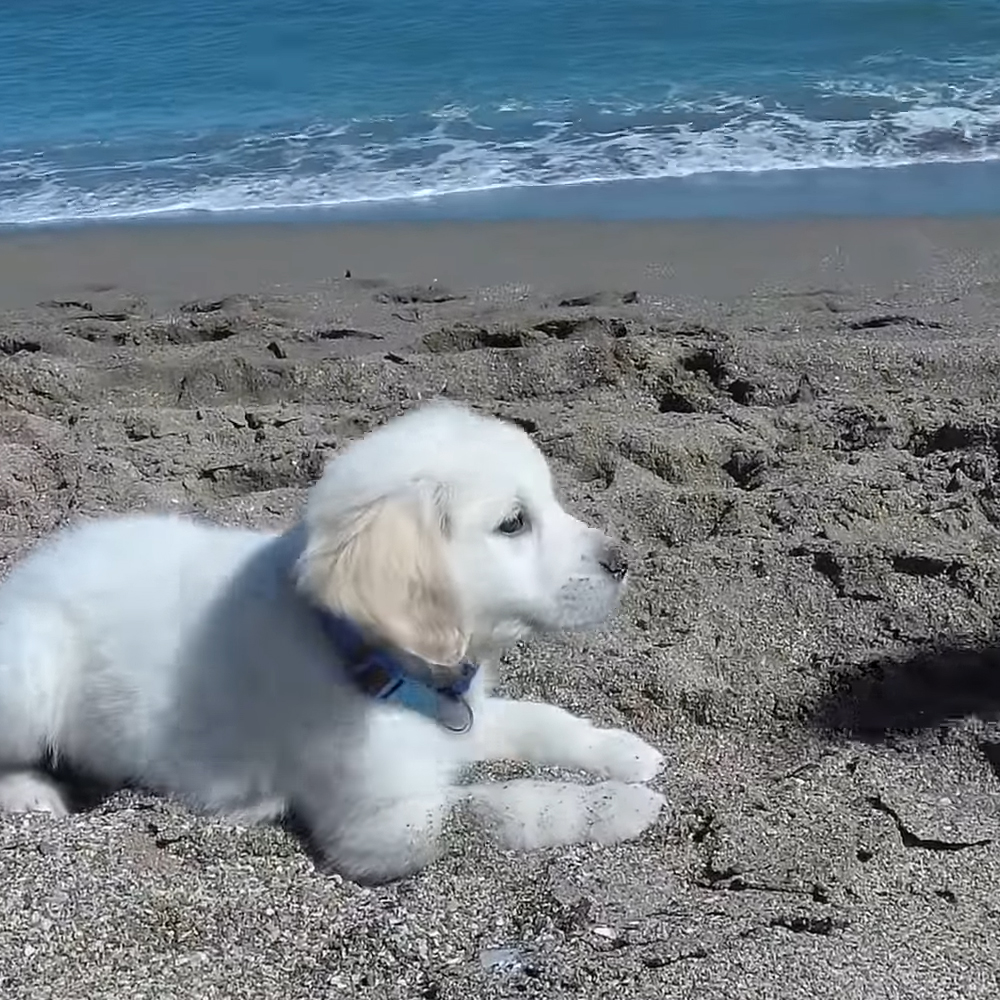 As Bailey ran along the beach, he was very thirsty and could not stop himself from enjoying the cold tap water. The puppy wanted to rest for some time after an exhausting walk.

So, the little one found a place to rest near the bushes for a while. After a while, Bailey got up and started to play again. The innocent puppy rested his head on the wet sand and even got his nose dirty. The puppy looked adorable while he stared at Taras with those sweet soulful eyes.