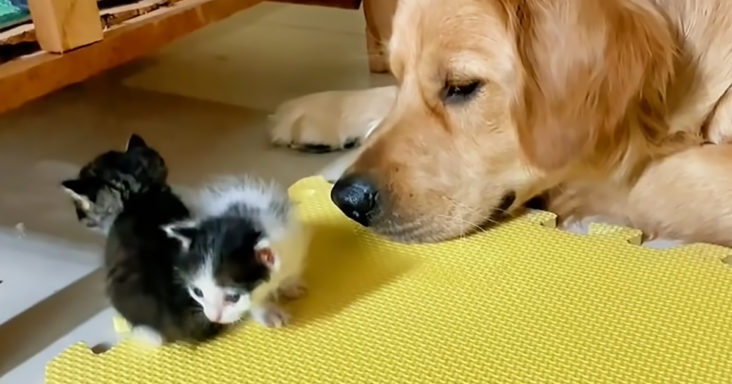 Two tiny kittens were abandoned in a deserted land area. The environment was covered with tiny rocks, and the young felines got stuck in them. They struggled ceaselessly to free themselves.

With no hope in sight, exhaustion set in. Only one lifeline remained, “a cry for help.” Their tiny voices could barely be heard. The rocks covered them, leaving no room for air.

An angel to the rescue: a Golden Retriever heard the cries of the abandoned felines from afar. He ran to their location, barking at the spot where they were stuck. 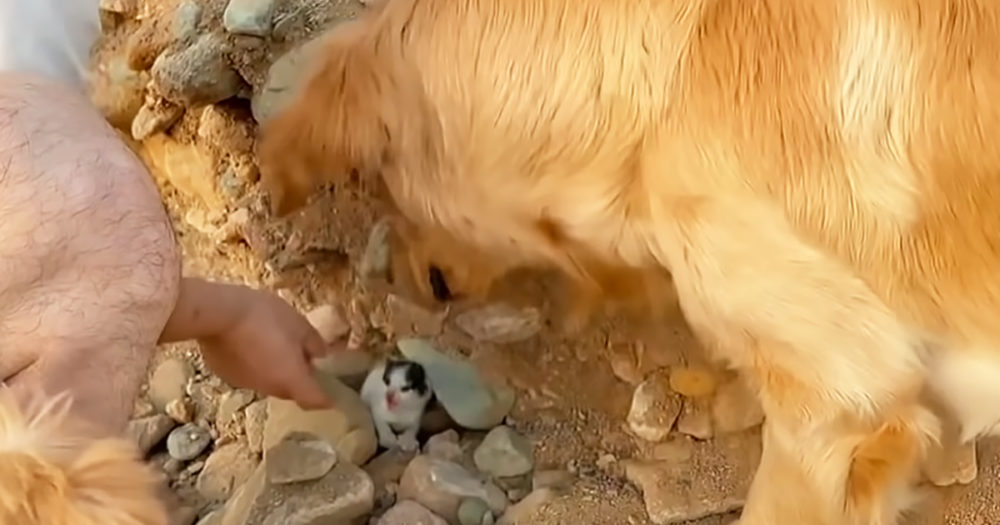 A second pup barked along, hurrying their human friend to the spot. A man ran to uncover the helpless kittens. He was shocked to discover the lost treasure, two fragile baby cats.

The soft furballs were weak and needed urgent care. The rescuer wasted no time in attending to them. He sped off to a nearby vet. The animal doctor did a quick check.

The kittens received adequate treatment; they were adopted by their human rescuer. At home, they had a little space with a carton bed for rest. The pups watched over them when dad was not around.

Soon they crawled around the house and enjoyed the company of their canine friends. The big brother of the felines, the Golden Retriever, always looked after them, checking behind their ears to ensure they had their bath.