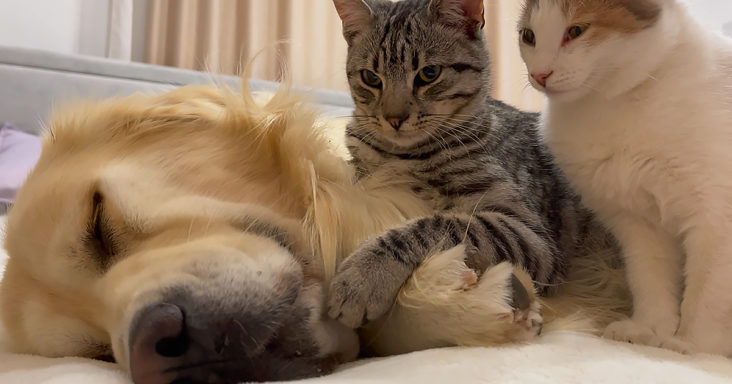 Bailey was a kind Golden Retriever who lived with his owner Taras & his animal siblings in Costa del Sol, Spain. He gained a lot of attention because of his patience while interacting with other animals. 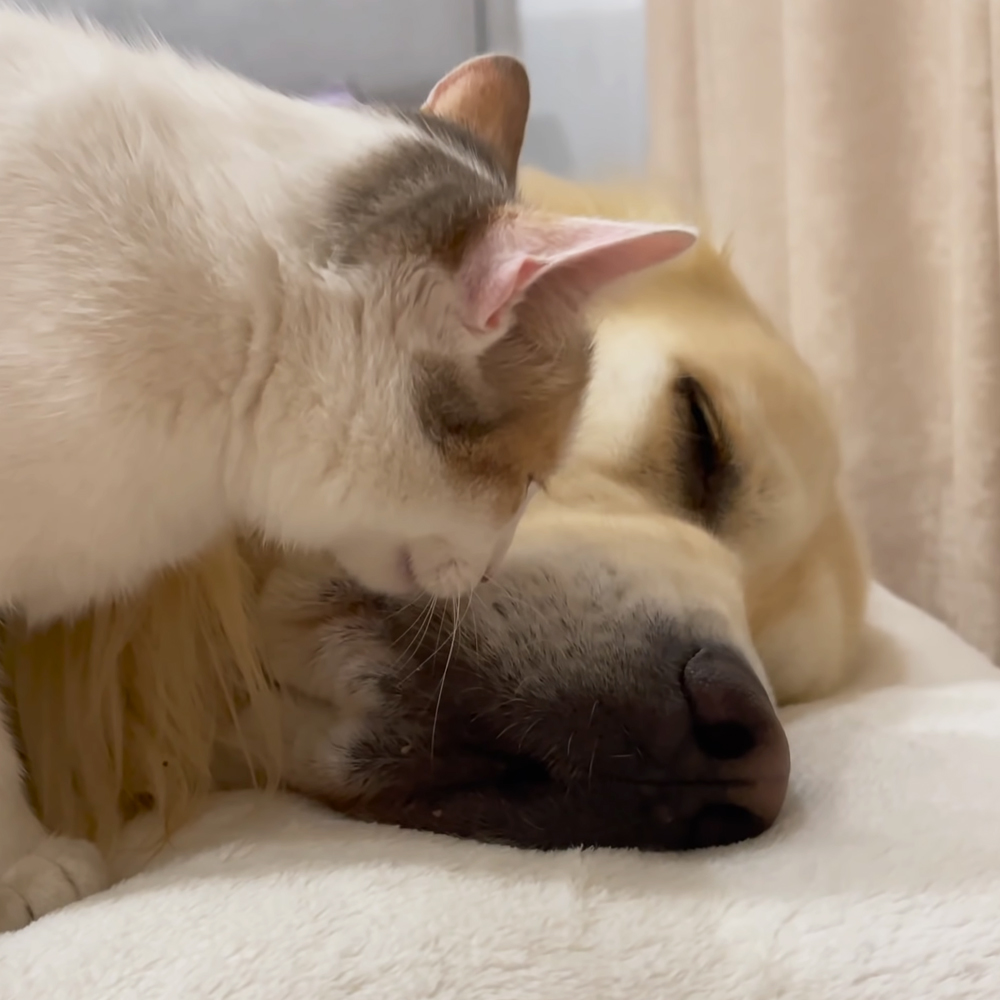 The Golden Retriever is very friendly and loves all the pets Taras adopts. He cares for all of them and is extremely patient & tolerant around the other pets.

While Bailey was taking a nap, two of his kitten siblings found their way onto the bed. The kittens tried to wake up the poor dog. One of the kittens started to pick on his mustache while the other tried to milk Bailey. 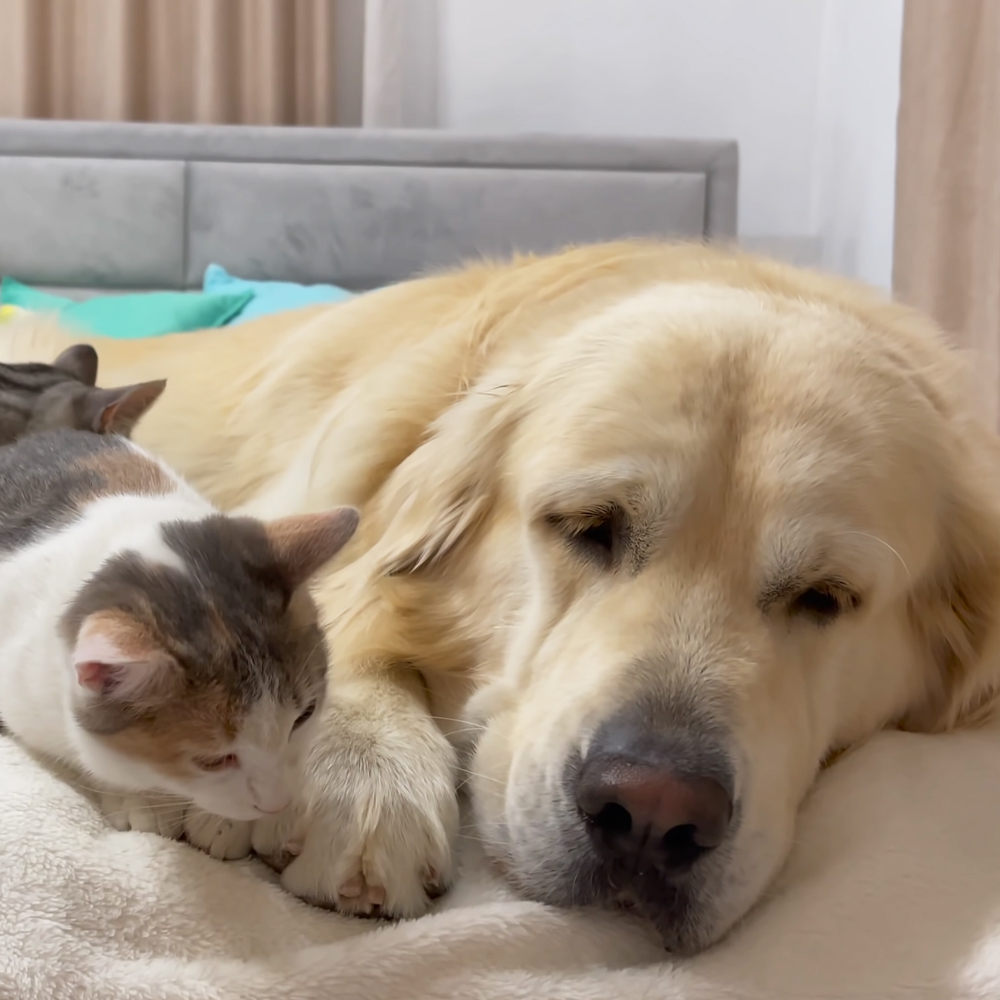 The first kitten soon started to bite Bailey’s paw, but he was not bothered. He did not get angry and just changed his position. After a while, he sat quietly beside the two naughty kittens.

Even after Bailey changed his position, the two spicy kittens did not stop their antics. However, the dog was very tolerant towards the kittens and allowed them to nibble and bite him. It looked as if he was getting a pedicure and a massage. 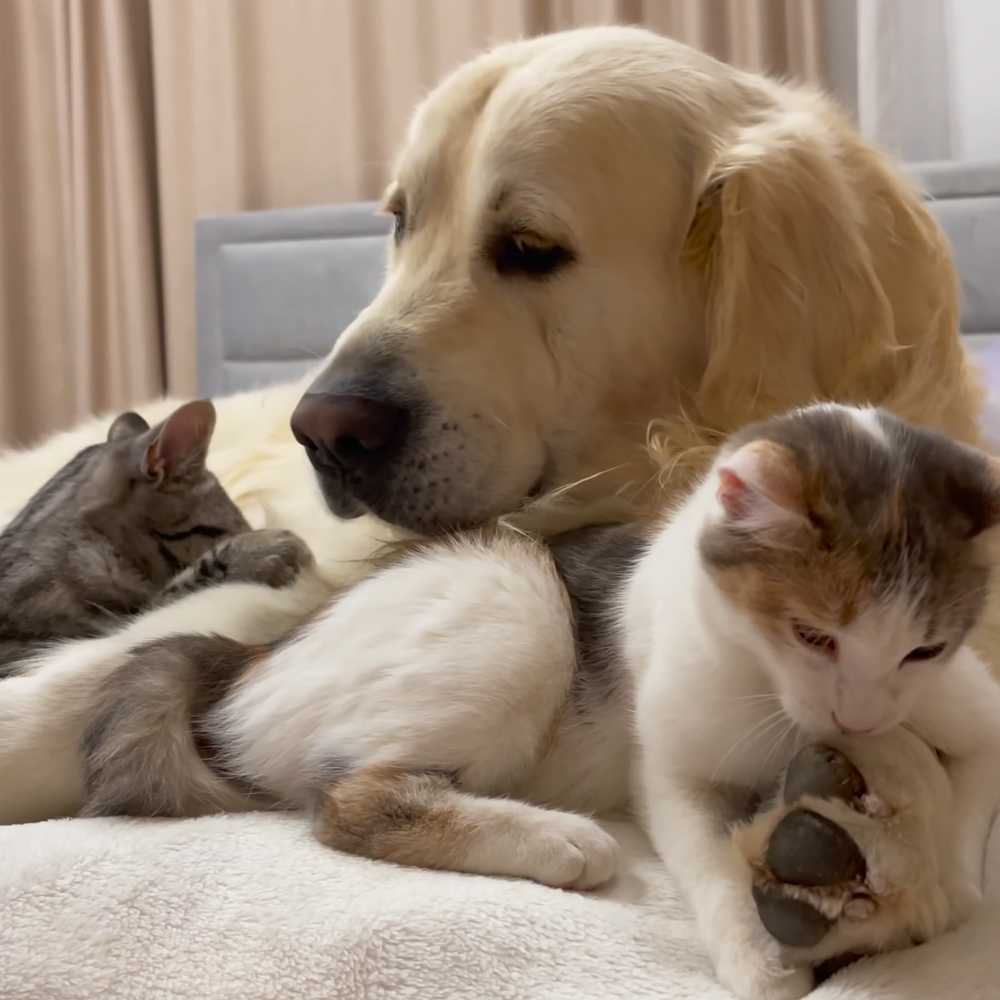 Bailey was very gentle with the kittens, even if both of them were clearly disturbing him while he took a nap. He yawned non-stop and stared at the two little ones as if he was asking them to stop their antics.

A little while later, Bailey found some peace and slept comfortably. But he could not get the two naughty kittens away from him. The spicy kittens kept on staring at Bailey while he slept comfortably, waiting for him to get up and play.