Mart Hoogkamer is a Dutch singer who rose to fame after participating in season 8 of ‘Holland’s Got Talent.’ Although he came in second place in the competition, he signed a record deal with Sony Music and became a star.

In this performance, Mart sings with passion and intensity on the classic cover of The Isley Brothers’ hit ‘Unchained Melody.’ He’s wearing a slick black suit with an open white collar shirt and white tennis shoes.

He is lifted up on a platform 20 feet above the stage as he sings. He is backed by guitars, keyboards, drums, and background singers. The arena is illuminated with incredible lighting effects and smoke machines. 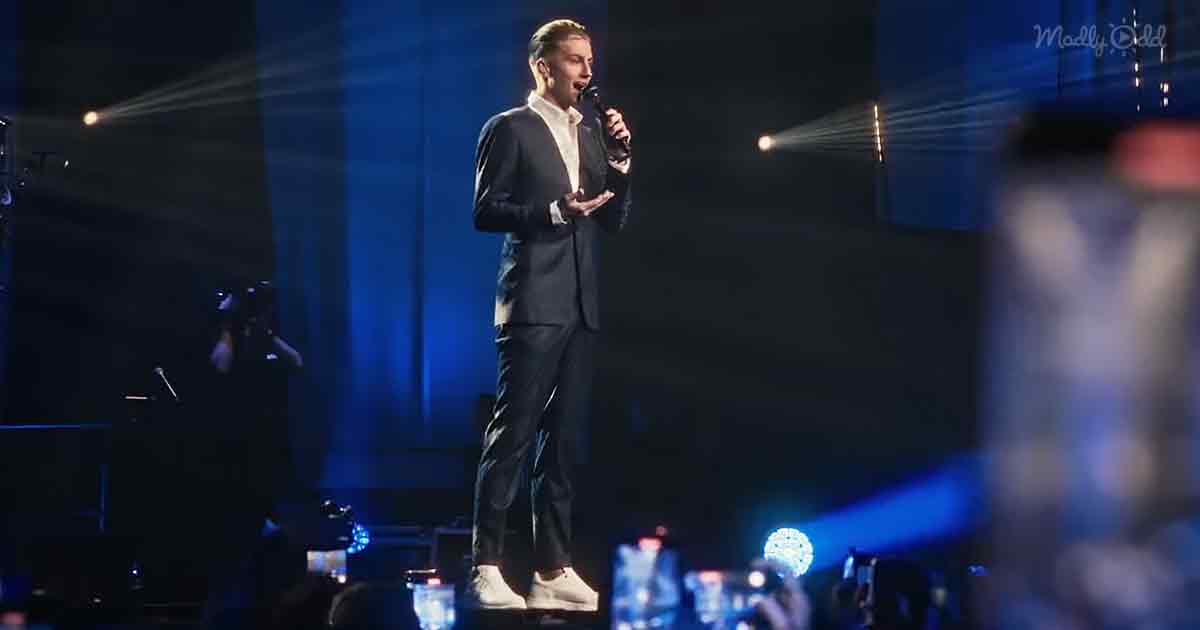 Behind him on stage are giant lighted letters spelling out his first name ‘MART.’ The crowd is swaying and singing along with the timeless lyrics. Couples are seen lovingly dancing together.

Mart went viral with a YouTube cover version of the same song. He recently achieved his first number one hit song ‘Ik go Swimming.’ It reached number one on the Dutch Top 40 and Dutch Single Top 100 charts. 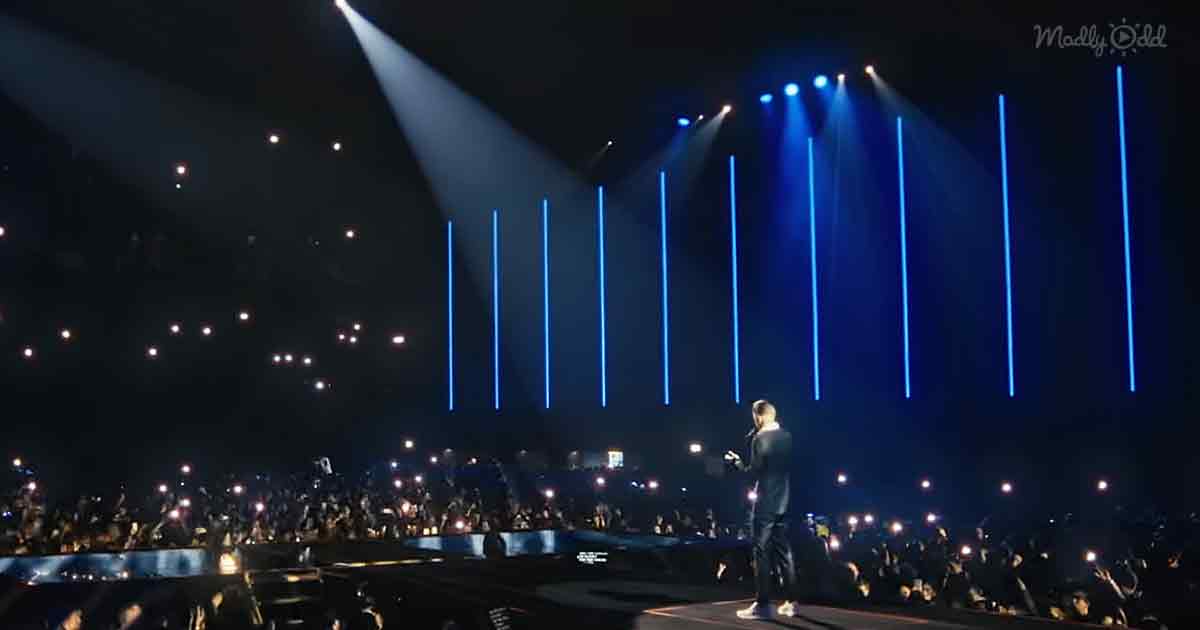 Although Mart is young, he has been singing in competitions for quite some time. He started as a child in the competition ‘Children Sing With Stars,’ where he also placed 2nd.

The famous Dutch singer has quickly risen to stardom. This performance is a showcase of his talent and stage presence. The crowd goes wild after he hits his final high note with power.