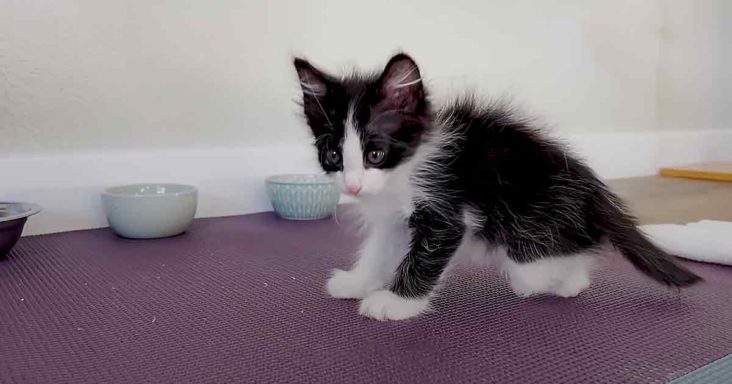 When Scottie, a kitten, first arrived at his foster home, he hid from the human. However, Nikki, the foster mom, caught him off guard. The poor fellow got a bit scared. However, when she left the room, he started crying as if he wanted her attention. Eventually, he realized that he wished Nikki to come and get him and make him feel secure. Scottie was found in Arizona. 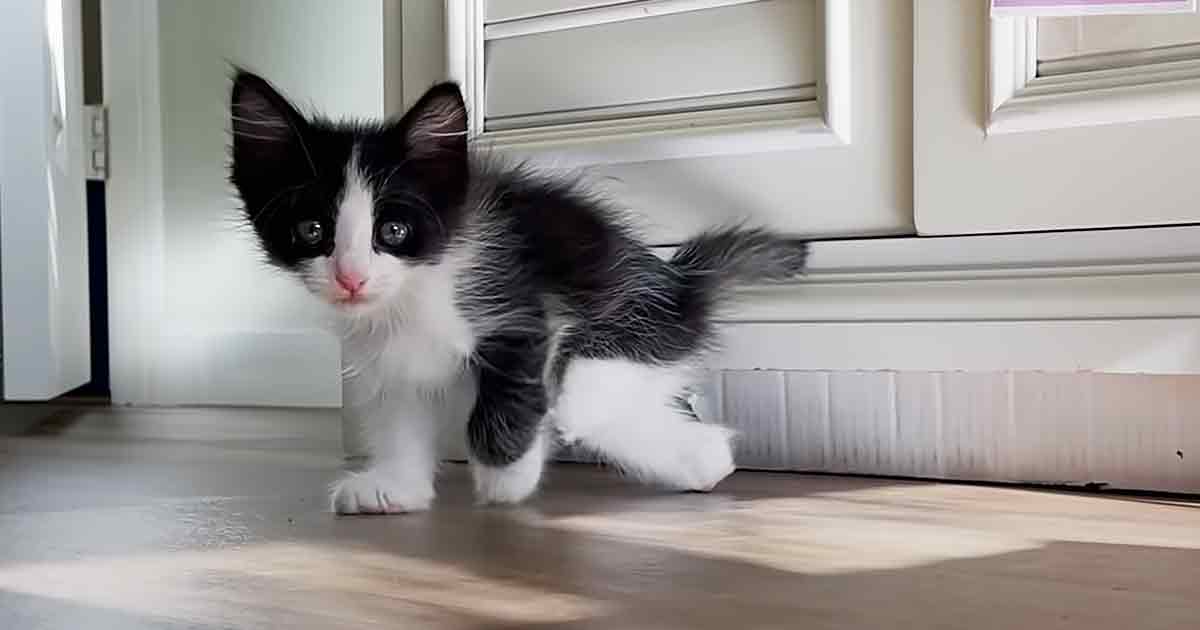 Nikki had fostered many animals over the years. She was asked by another rescue partner if she could take Scottie in. The little guy did not have his hind legs fully developed. Just two little nubs were protruding out. The doctor had informed Nikki that his back nub was the one that had the bone exposed.

They had to wait until he was a bit bigger and until that nasty nub could be removed. Nikki did panic a little as she did not know what would happen to the poor kitten. She was concerned if she could get him adopted. So Nikki set up a room specifically for Scottie. 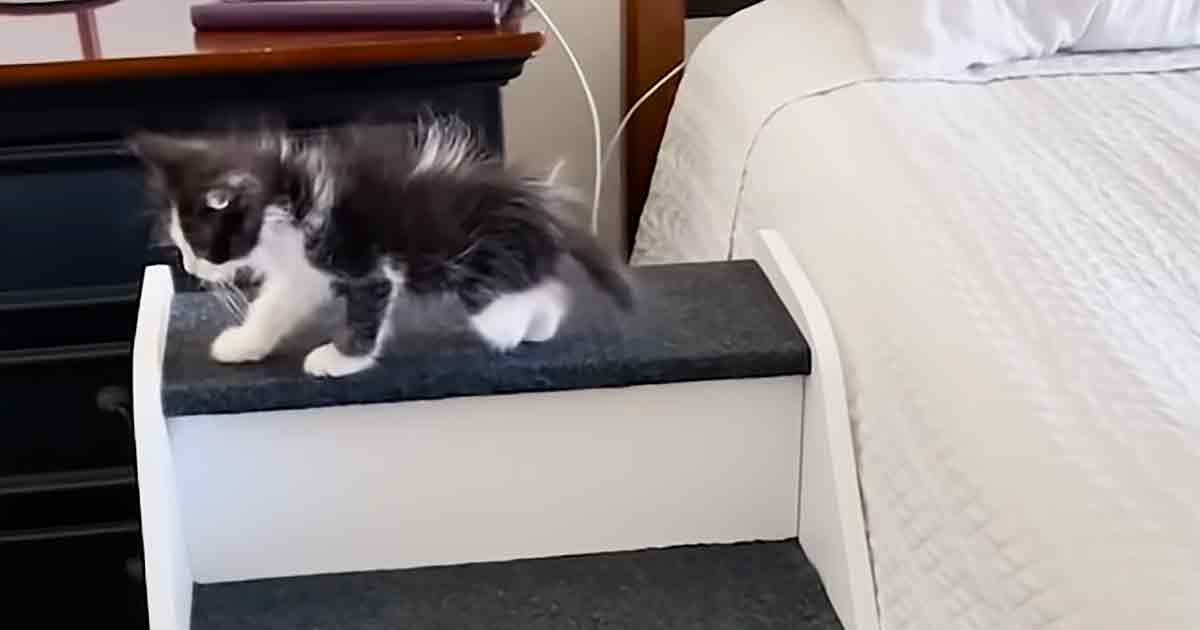 He could hop around pretty well. However, he did not like to be left in the new room set up for him. He screamed and cried all night. So, the foster mom scooped him up and brought him to her room. Scottie quickly warmed up once he realized that he did not want to be alone. She created a make-shift stair for him in her room for Scottie to practice walking.

She encouraged the kitten to use the stairs, and he initially mastered walking up and down the stairs. However, he became swift and kept banging his little nub on the wooden stairs, which caused him pain. This was when Nikki realized that the idea of stairs was not going to work. Hence, she reached out to her grandma for help. Nikki’s grandma was a ballerina and was very good at the craft. 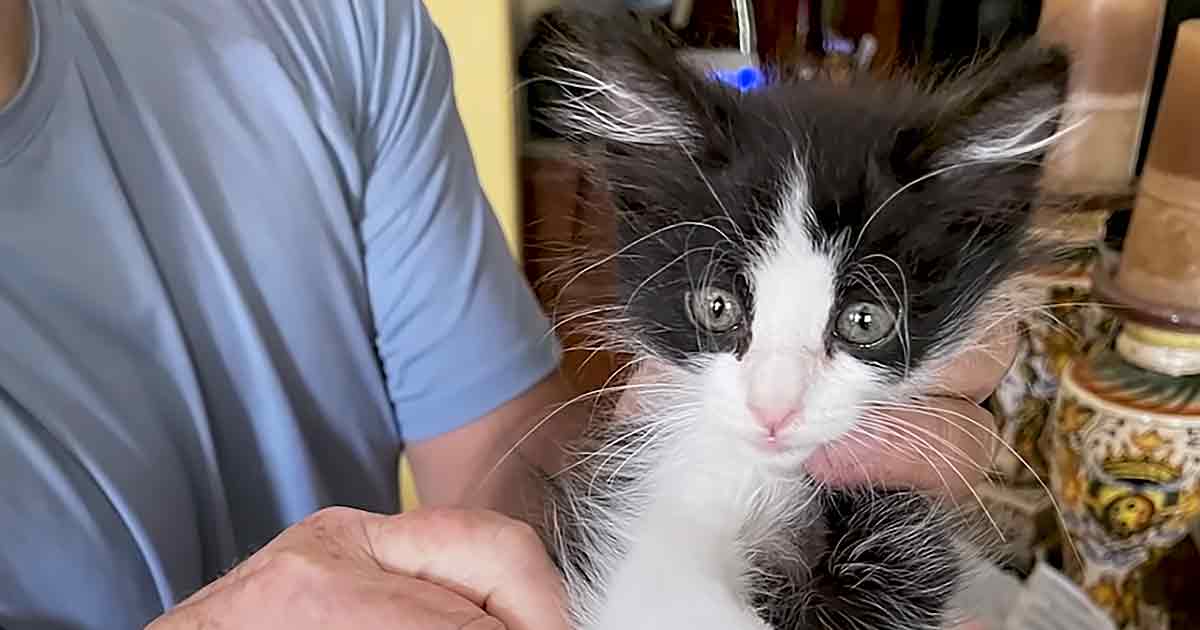 She made a pair of booties for the little one, which helped him. Scottie could hobble around the whole house now. He started to climb the cat tree after finding the other cats climbing it. Nikki was pleased with the progress. She knew he was going to have an everyday life. Even the vet saw the X-ray report and told the mom that they no longer needed to use the booties anymore.

Scottie was happy, playful, and grew up perfectly. So, Nikki started to look for his forever home. The little kitten had quite a few applications come in for him. One of the applications was from Moses, who had a little kitty named Scout. The kitty was the same age as Scottie. Moses instantly fell in love with him, and the kitten was adopted into a beautiful family who would cherish him.