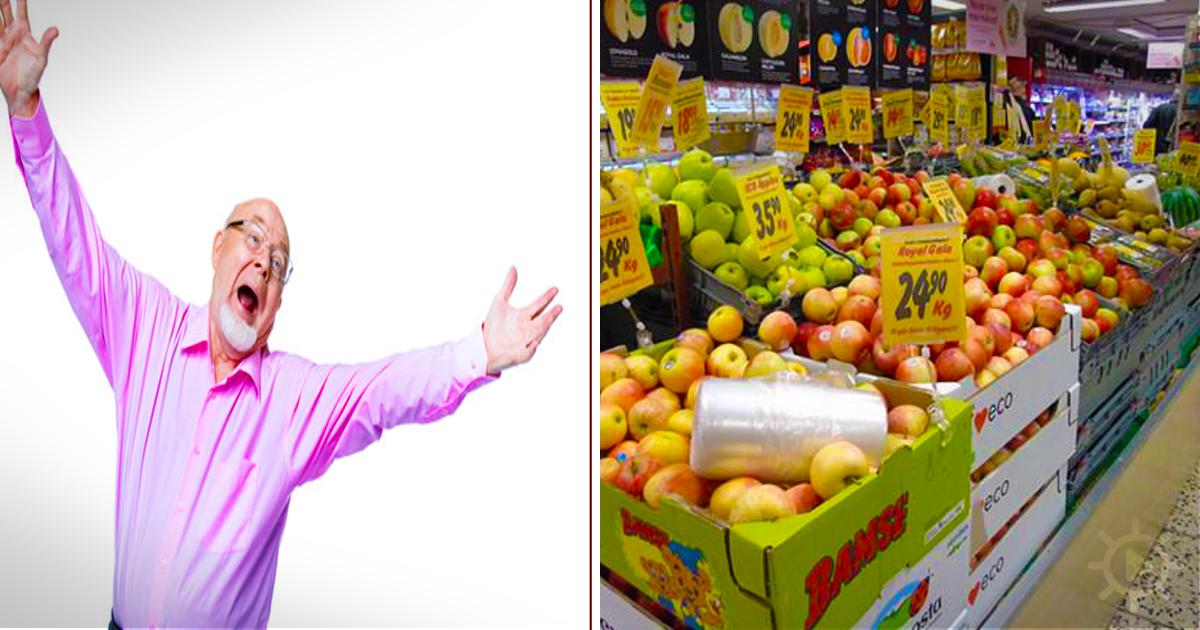 Children, and especially grandchildren, can be a source of delight, but usually not at the grocery store. If you’re lucky, the kid will just insistently demand that you buy any and all tasty (and usually, unhealthy) things that catch their eye. An enterprising child might even try and slip some extras into the cart when you aren’t looking. Often, they simply get bored, cranky, and throw a tantrum.

One fine day, a grandfather was at the grocery store and had his 3 year-old grandson in tow. A woman who was moving at about their pace ended up, in effect, following them through all the aisles. Granddad definitely had her sympathy: the 3 year-old boy was being… difficult. In the candy aisle, he howled for candy; in the cookie aisle, he screamed for cookies; in the cereal aisle, he angrily demanded one sugary name brand after another.

The woman had to admire old man’s patience. In a calm, controlled voice, he answered one outburst with, “Easy, William. We won’t be long. Easy, boy.” During an epic tantrum in the produce section, the amazingly cool old guy said, “It’s okay, William. Just a couple more minutes and we’ll be out of here. Hang in there, boy.”

By the time they got to the checkout, the little boy was going full blast, yelling, flailing his arms, and throwing things out of the cart. Again, the grandfather was calm, cool, and collected: “William, William, relax, buddy. Don’t get upset. We’ll be home in just five minutes. Stay calm, William.” Out in the parking lot, the woman approached him and said, “It’s none of my business, but you were amazing in there. I don’t know how you did it, keeping your composure like that. William sure is lucky to have you as his granddad.” He gave her a look and replied, “Thanks, but I’m William. The little brat’s name is Kevin.”

Ever suffered this sort of martyrdom in a grocery store? Let’s hear all about it in the comments at Facebook. Be sure to like and share: any parents (or grandparents) you know will understand!