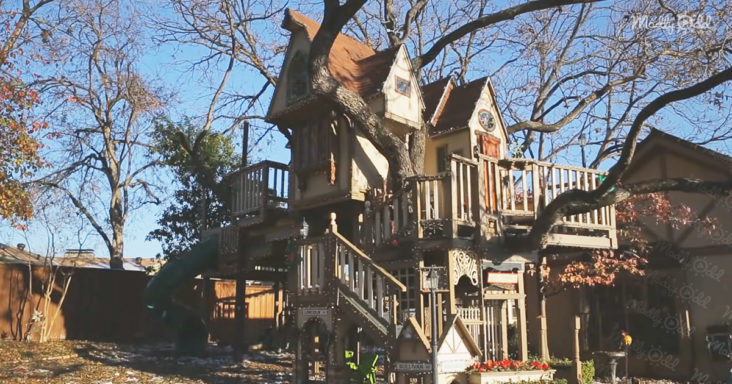 Grandparents go the extra mile building a treehouse that is more of a miniature house for their grandkids.

When she was young Jeri Wakefield promised herself that she would let her grandchildren feel loved and valued. When they moved into their house many years ago an idea formed in her head.

With the help of James Curvan, an architect, they wanted to build a massive treehouse in their backyard that the kids could enjoy. Eventually, it became more than that. 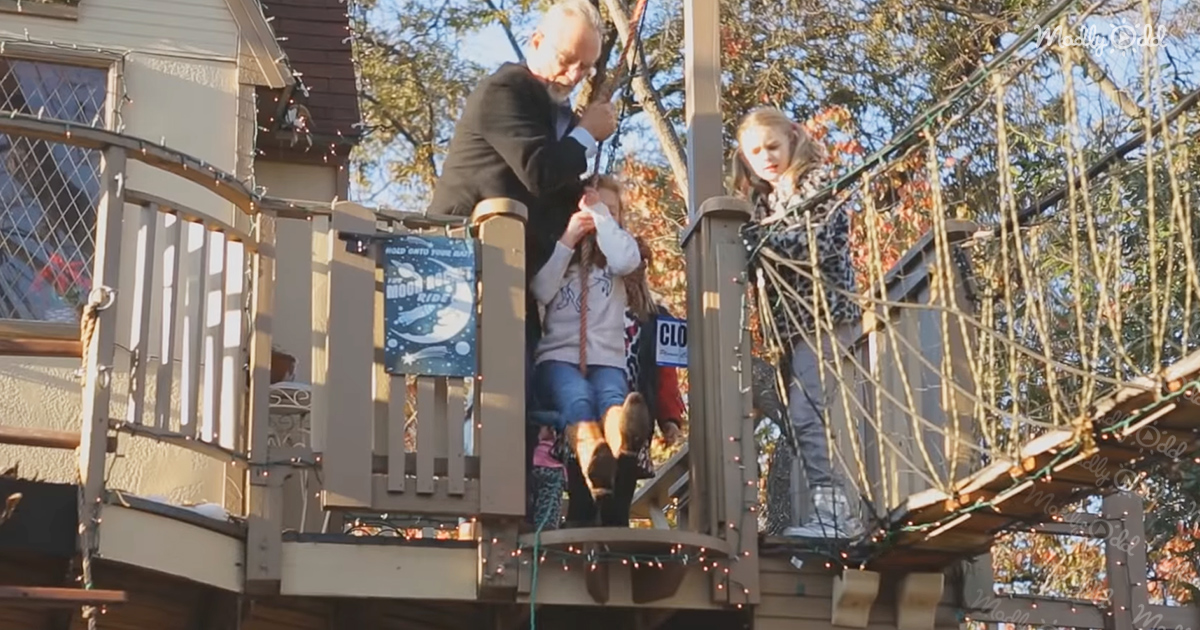 The treehouse was not only built from scratch using old and new materials, it was built to last. This meant making sure that the tree could continue to grow, and the rooms would even sway with the wind.

It was truly a gift of love, as the parents and grandparents alike could watch the children play and laugh together. As the treehouse grew so did their family.

With slides, ladders, bridges, a zipline, and a crow’s nest, it was hard to stay away. They hosted birthday parties and gatherings regularly. It is no doubt Jeri Wakefield fulfilled her promise to show her love to her grandkids. 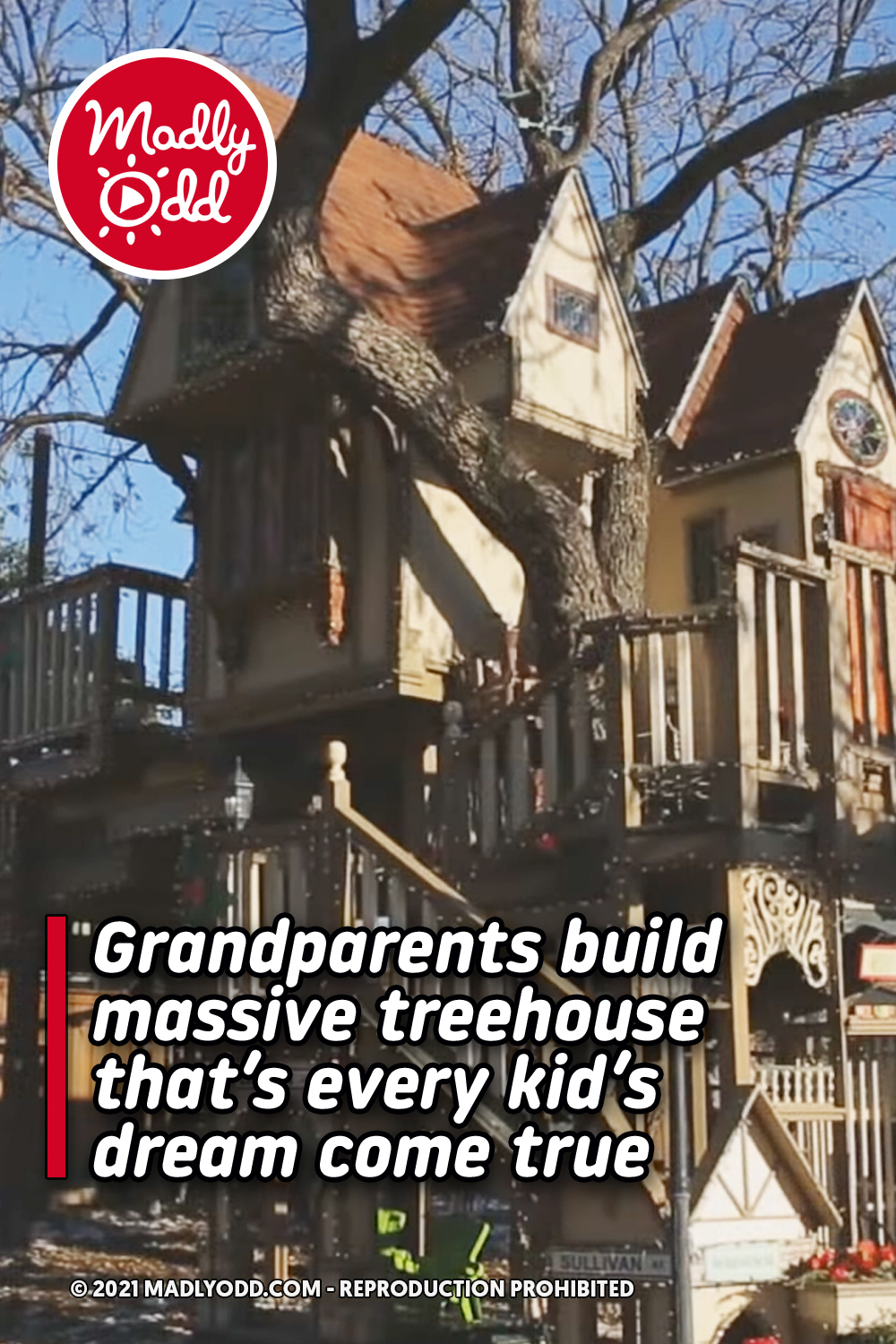