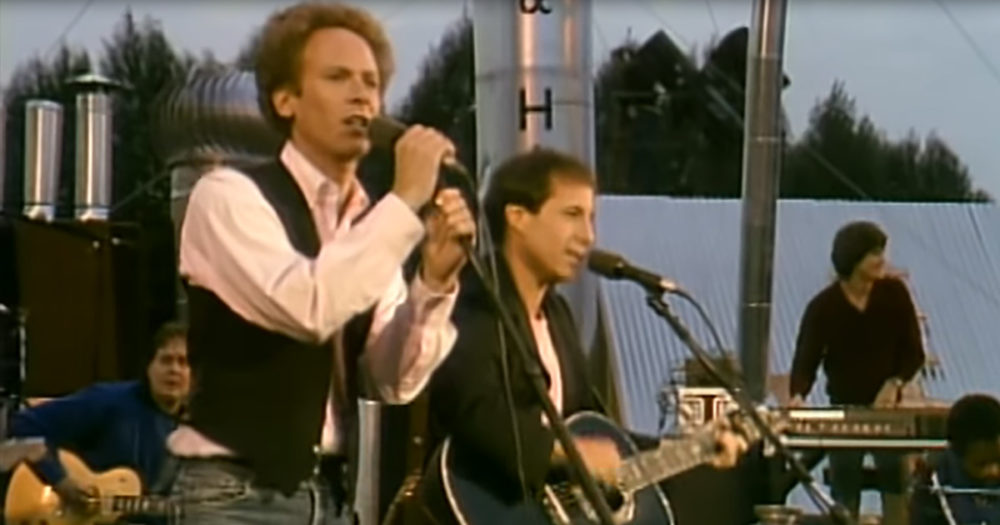 Simon & Garfunkel were one of the greatest duos in music history, and pioneers of the sixties delivering a folk sound that the world still falls in love with. “Mrs. Robinson” from The Concert in Central Park is incredible.

Witnessing Simon & Garfunkel performing “Mrs. Robin” from The Concert in Central Park of 1981 is an unforgettable treat, with the track sounding groovier than ever. There’s nothing like a live performance from these legends of folk-rock.

The movie song turned hit was originally composed for The Graduate, where Anne Bancroft played Mrs. Robinson. The very first lyrics written by Simon actually featured a “Mrs. Roosevelt” but were changed to “Mrs. Robinson” for the movie.

You’ll notice that this version of the beloved song features a saxophone and upbeat keyboard backing making it a touch different from the original.