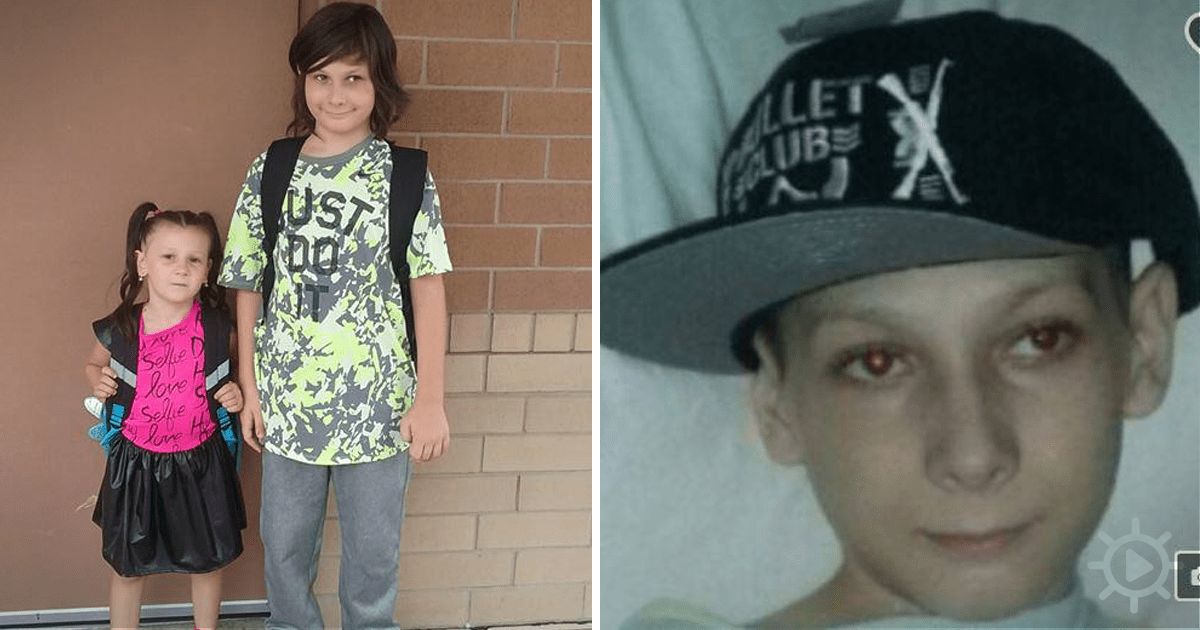 Much as you might love your head of hair, you have to admit that it’s ultimately cosmetic, not vital to your physical survival. However, it can be very important to your self esteem. For people undergoing treatment for cancer, hair loss is a very common side effect and the most visible indignity.

There’s a group called Wigs For Kids that helps children who’ve lost their hair, whether as a result of chemotherapy, radiation therapy, burns, alopecia, and other medical conditions. As they describe their mission: “Children shouldn’t have to worry about how they look, especially when they’re in the middle of a health crisis. We want to give these kids the opportunity to feel good about themselves again.” The group takes donated hair and make it into wigs which they then provide free of charge to the children who need them. It’s a much needed service: wigs can be expensive and the generally aren’t made in children’s sizes.

A boy named Torrin Breneman heard about Wigs For Kids and decided to help out by growing his hair long and regularly making donations. Not a lot of kids are that selfless: Torrin had to put up with being bullied and being mistaken for a girl by strangers. Still, he continued donating his hair for three years!

When Torrin was 12, fate took a strange and unfortunate turn. He came down with a severe and persistent cough. Eventually, he was taken to a children’s hospital where doctors discovered that he had Hodgkin’s lymphoma, a cancer of the lymphatic system. People in his neighborhood pulled together and raised money to help Torrin’s family. They also bought gifts for him and his sister — those were stolen but when the local news media reported on the story, the thief actually felt compelled to return them!

We’re hoping Torrin will soon be cancer-free. Tell us what you think of this selfless youngster in the comments at Facebook. Don’t forget to like and share!