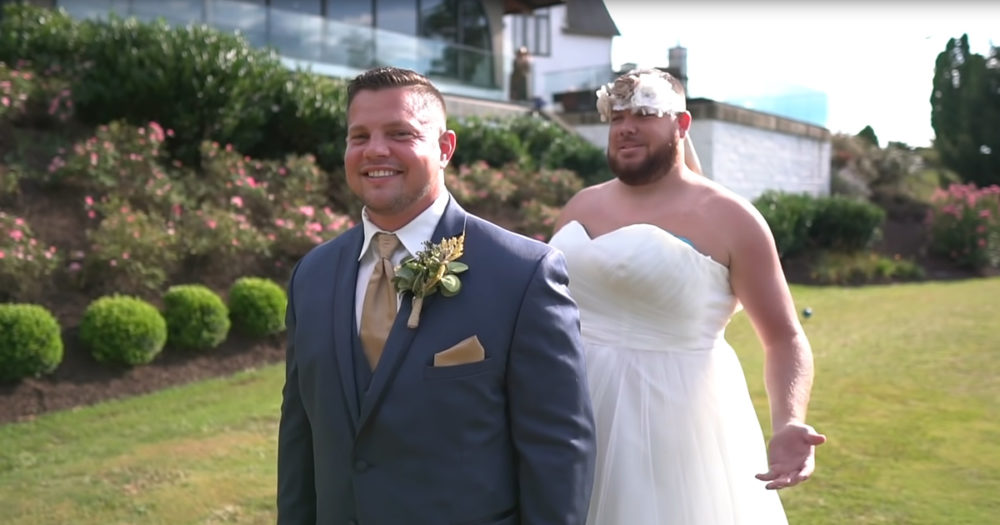 The first look before a wedding is one of the most special times during the entire day. It gives the groom and the bride a chance to be alone together before the ceremony. On groom gets a comical unexpected surprise during the first look at his wedding.

If you don’t know, during the first look, the groom will be facing his back towards the bride. She’ll then come in, and he’ll turn around and get a look at his future wife in her wedding gown. The photos that come out of this moment are some of the most emotional.

One groom looks handsome in his blue suit, sunglasses, and a picturesque scene behind him. You can clearly see that he’s nervous and excited to see his beautiful bride. He askes the photographer if he can turn around and the assure him that it’s time.

To the groom’s surprise, his best friend surprises him in a wedding dress. His buddy wanted to get in one last laugh before he was married. The two share an explosion of laughter before the real first look takes place. 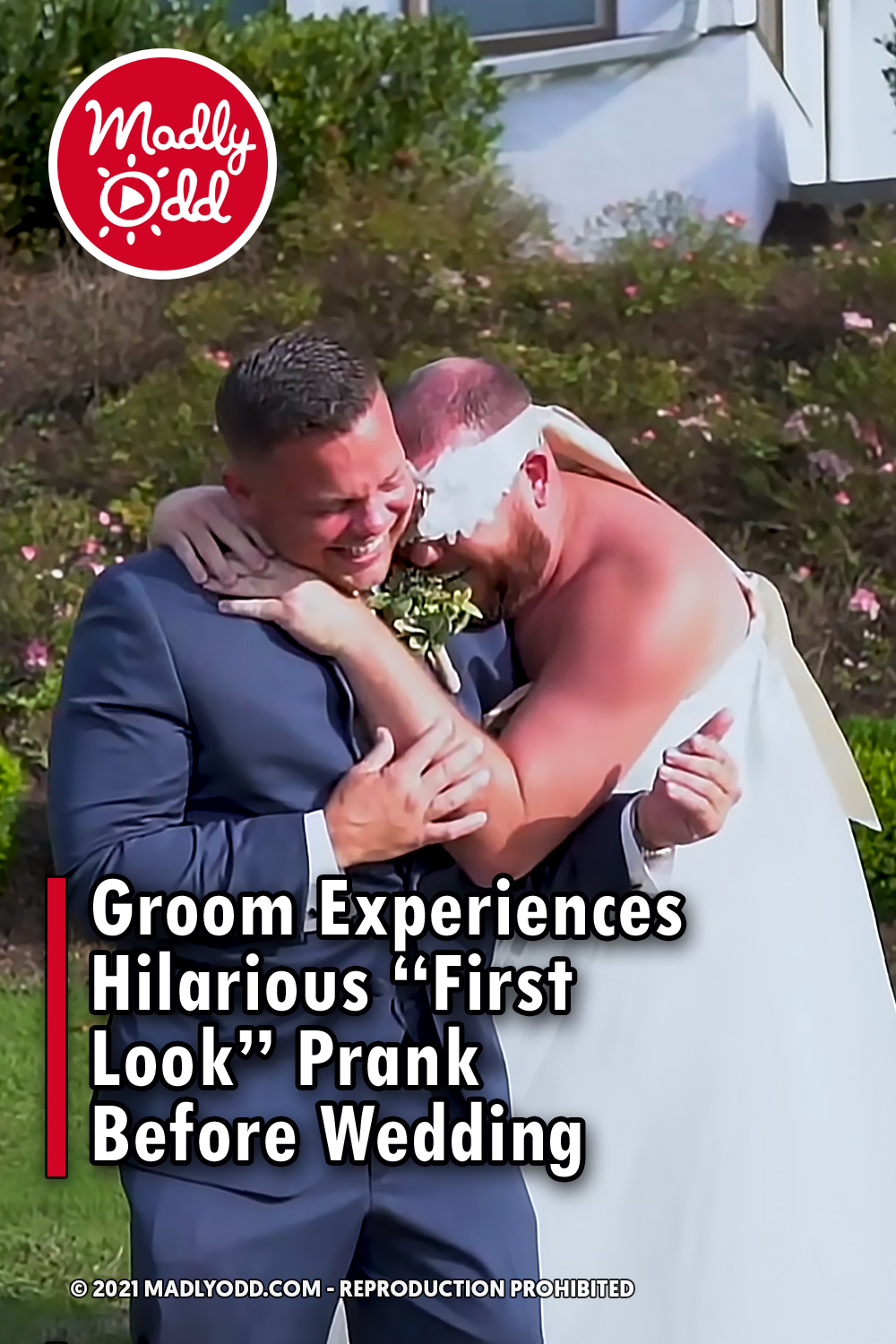