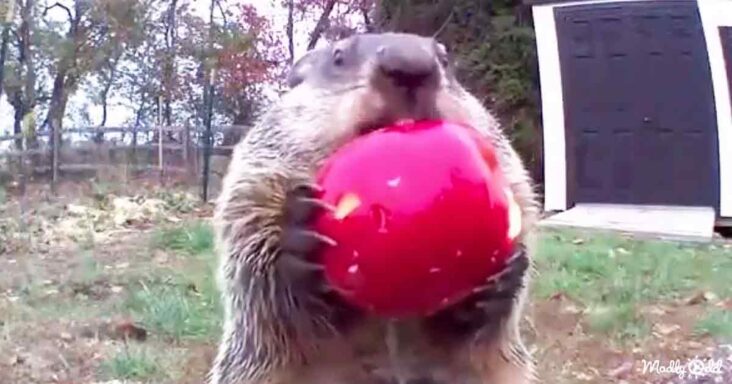 If you are a gardener or farmer, it can sometimes feel like the local wildlife is out to get you. That was what Permar felt when a groundhog stole his crop and ate it in front of his security camera. 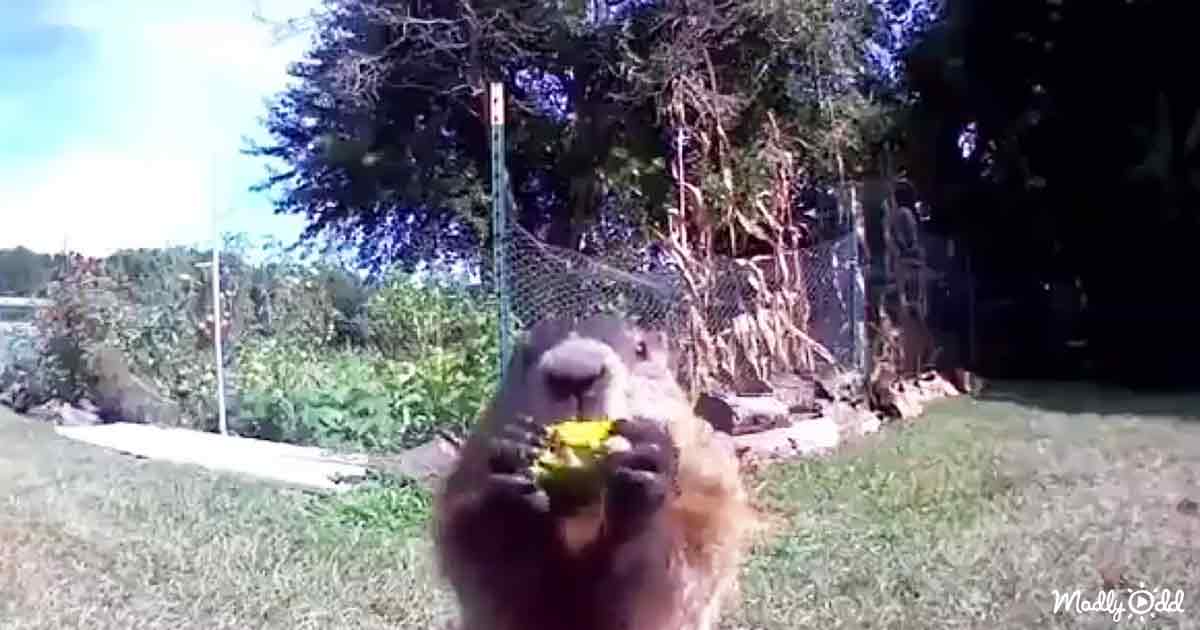 For years, gardening had been easy for Jeff Permar. But in 2022, he noticed that some of his vegetables were missing. So, he decided to set up a security camera to catch his thief in the act.

The first time the groundhog stood in front of the camera while he ate, Permar thought it was a happy accident. But the second time, the farmer knew this eccentric groundhog wanted him to see that he was eating his crop. 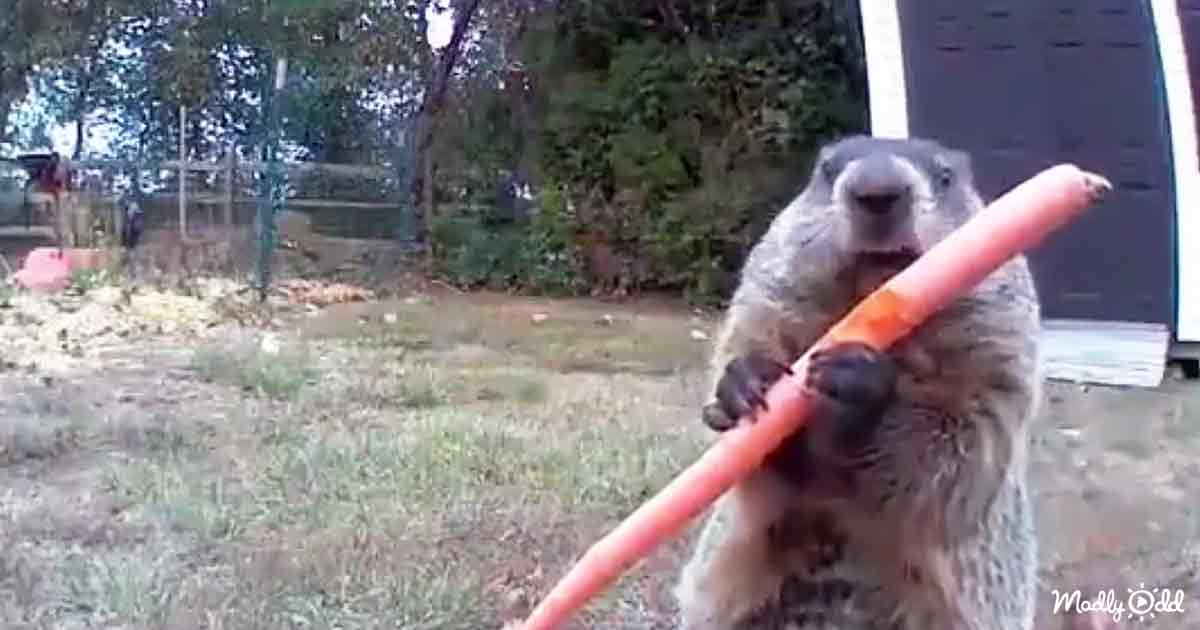 By the third time, Permar knew he needed to do something to keep the groundhog out of his supply. The farmer did not want to hurt the animal, so he gave the groundhog a simpler option than pilfering food.

Since the groundhog liked eating in front of the security camera, Permar decided to place his new “garden” there. He placed a cornucopia of carrots, zucchini, apples and peppers for the groundhog. 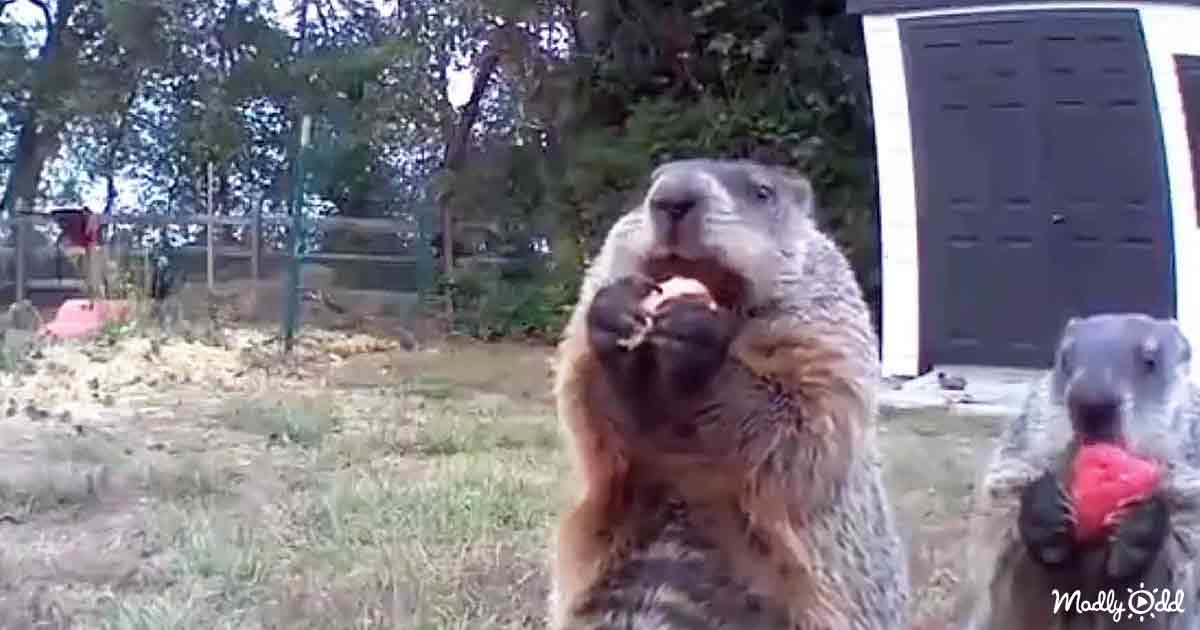 When the groundhog, Chunk, showed up for his next meal, he found a tasty meal waiting for him. And the rodent made sure the camera captured his entire lunch on camera.

But Chunk was not the only groundhog to find out about Permar’s groundhog garden. Eventually, the whole family joined in to eat their meals in front of the gardener’s security camera. 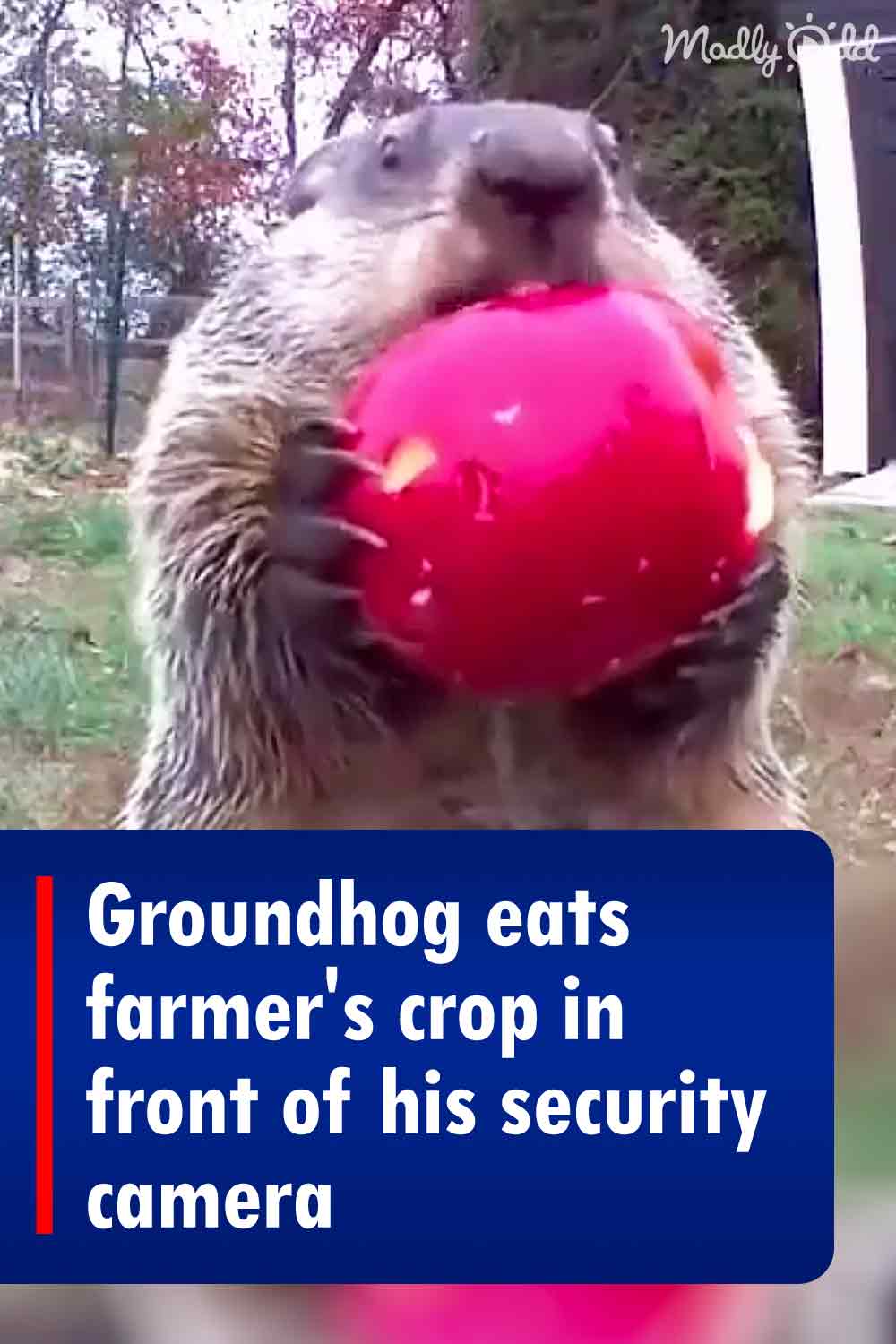