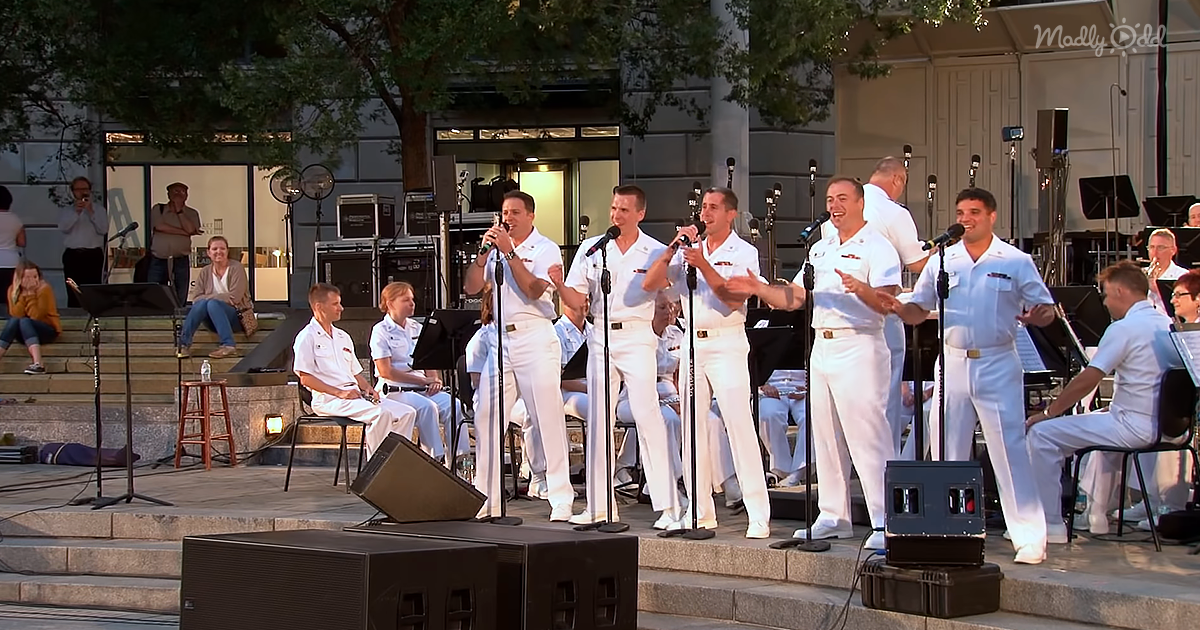 Some songs never die. When the group Sea Chanters, consisting of 5 navy sailors, get on stage to perform, the crowd had no idea what to anticipate. However, audience expectations were surpassed when the sailors began to sing.

The Sea Chanters started their performance with their backs facing the crowd. With an orchestra in the background, the audience was left wondering what they’d be singing. After snapping out the beat, the five sailors turned around to sing classic 60’s songs and fill their viewers with cheer.

In the distance, you can see audience members swing dancing, singing along, and contagiously smiling and laughing with the men. Clearly, everyone loved the performance as much as the sailors enjoyed singing to them.

The Sea Chanters successfully put smiles on the faces of all people in the crowd. Sometimes, all you need is a little love and inspiration from the best songs of the 60’s. 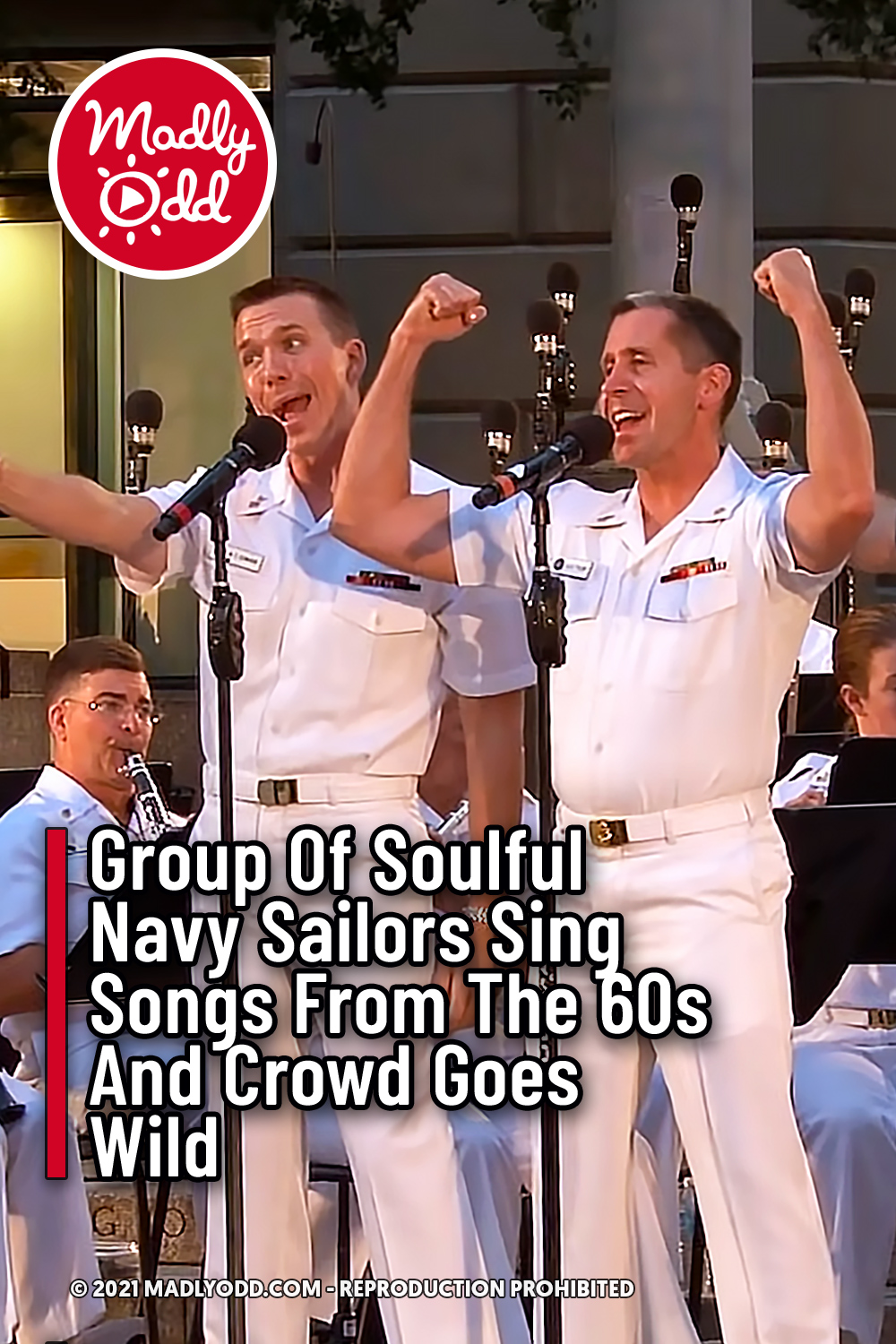