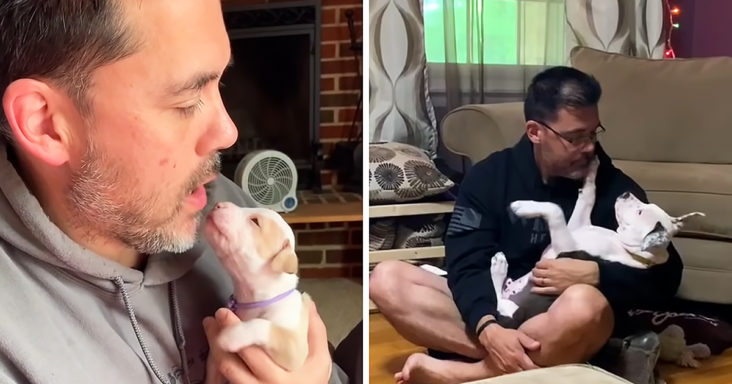 Bobby and his wife had decided to help a previously rescued Pitbull. The dog was surrendered to a local shelter when she was just a week away from giving birth and needed a place to stay. So, they decided to take her. 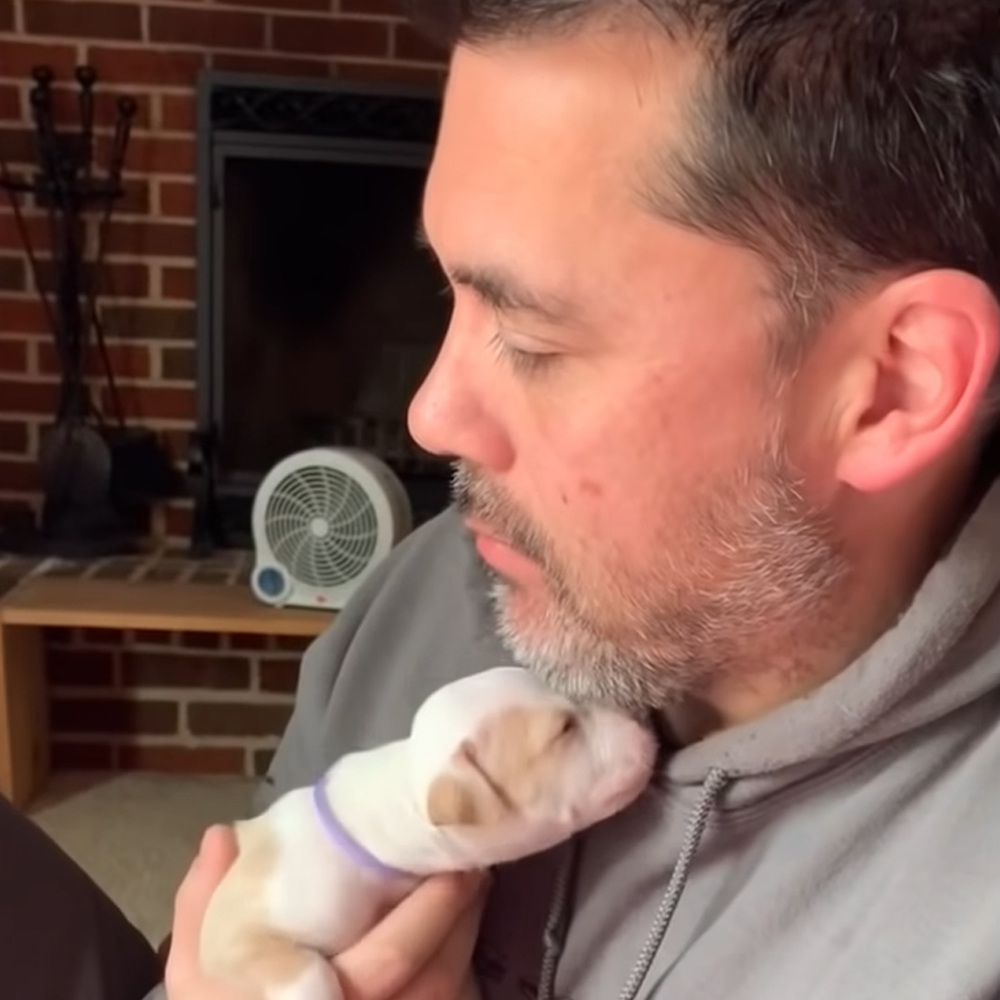 Soon, she delivered 12 puppies. The couple had no intention of keeping any puppies. Still, Bobby had fallen in love with one of the adorable puppies, Annabelle, his wife, and their youngest daughter connected with Norman, another puppy.

The couple decided to adopt both of them. Annabelle was daddy’s girl. The adorable dog had beautiful blue eyes and loved to spend time with her dad. Whenever Bobby would growl at her, she would just kiss him back. 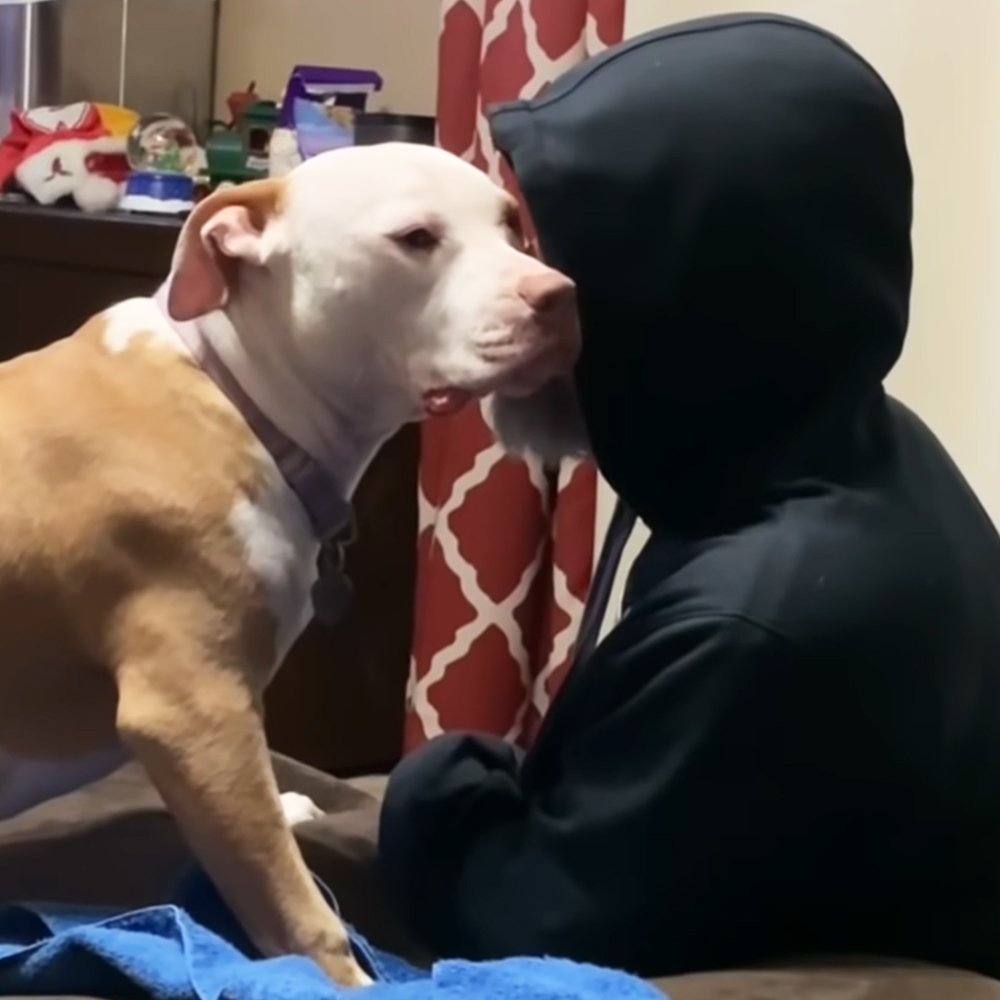 Whenever she wanted some love or attention, she would only go to Bobby. They were just two peas in a pod. However, the two also had a great connection with each other. They always played together and were fond of one another.

Norman was the total opposite of Annabelle. He was an inquisitive guy and was a big giant goofball that made his human parents laugh all the time. Also, he was pretty athletic and could jump, unlike Annabelle. 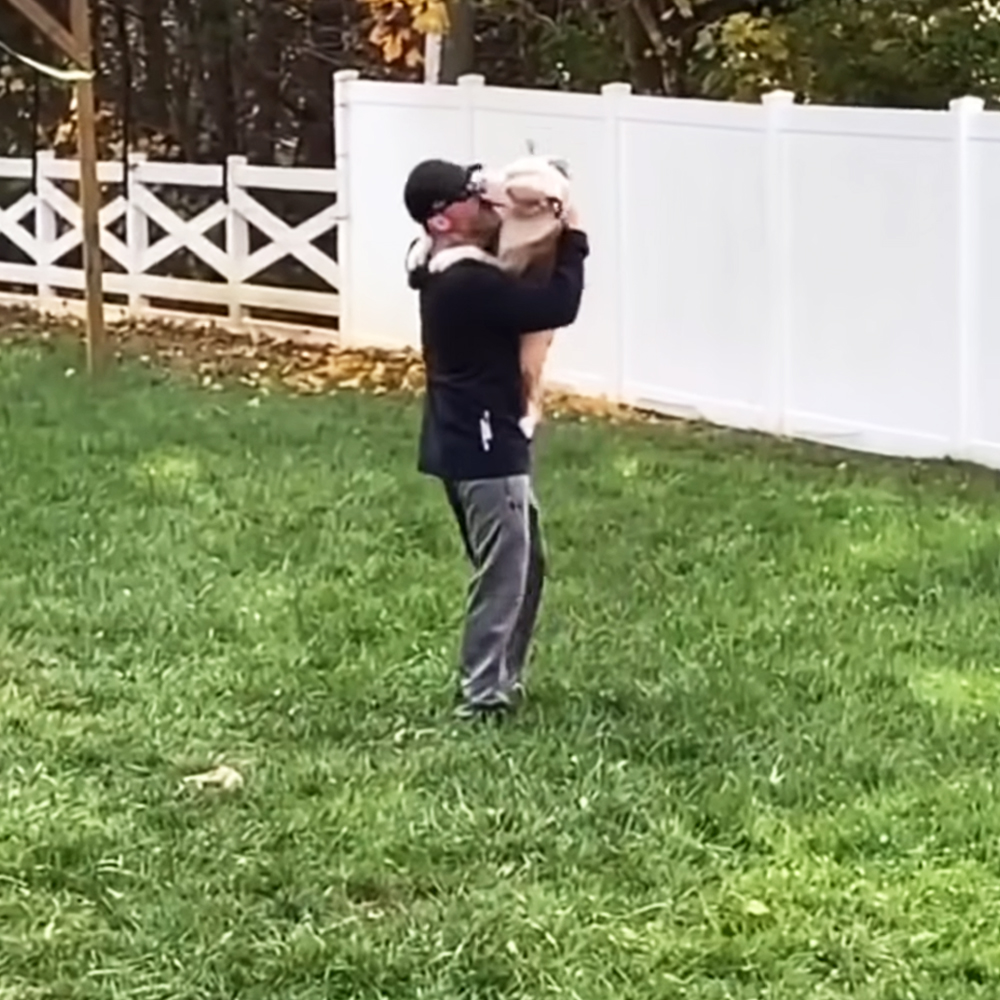 Annabelle, on the other hand, was very reserved. She would not jump through the hoop unless her parents coaxed her. Bobby even took her to a behaviorist who told the couple not to rush the dog into anything. Next, the couple took her swimming, but it took her about a month to become comfortable. However, she had come a long way.

The two dogs, despite being polar opposites, complimented each other well. Once when Annabelle was sick and Bobby had taken her to the vet, Norman waited for his companion all day. Bobby’s wife had a special connection with Norman. He would always be by his mama. The couple thought if the Pitbulls were trained well and taught to socialize, they could be the best dogs the family ever had.