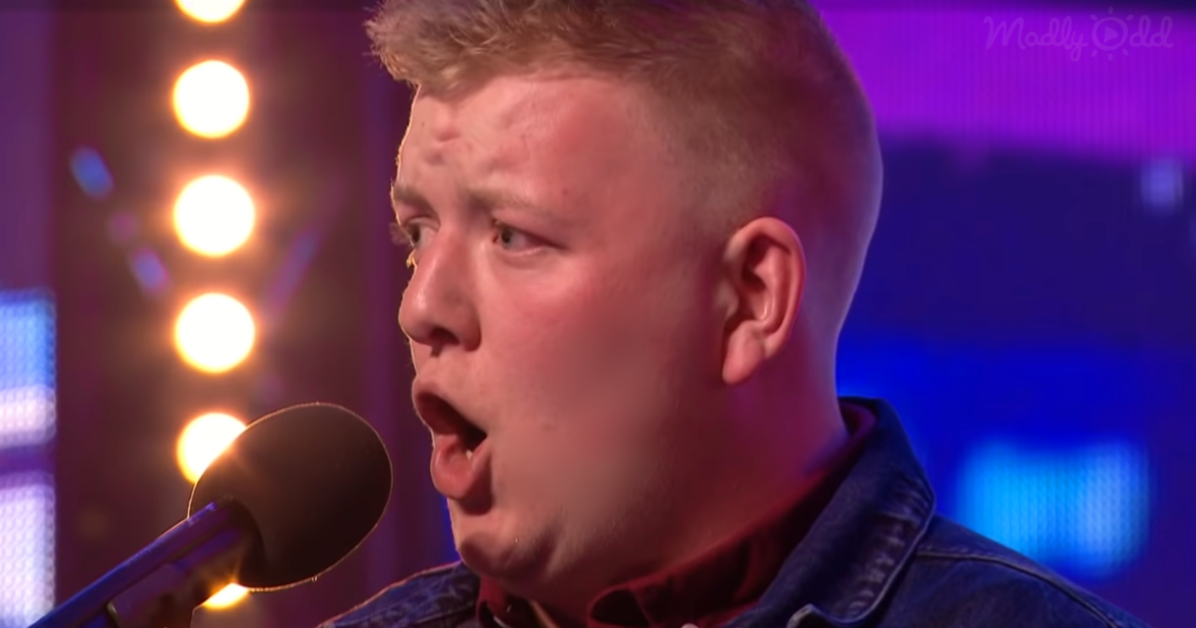 Opera has been referred to as the “Olympics of Singing.”  Classical opera is a beautiful art, but definitely not an easy one.  Yes, the singer must have a good voice, but it goes beyond that.  They must also have the natural instincts to tap into their raw talent if it is to become something extraordinary.  And that’s what 22-year old Gruffyd Roberts displayed on this episode of Britain’s Got Talent.

The seemingly shy Welshman seemed awestruck with the size of the audience before him as he stood before the judges for his audition for BGT.  Later, Gruffyd described his audition as “very, very nerve-wracking…I could feel my legs shaking whilst I was singing.” 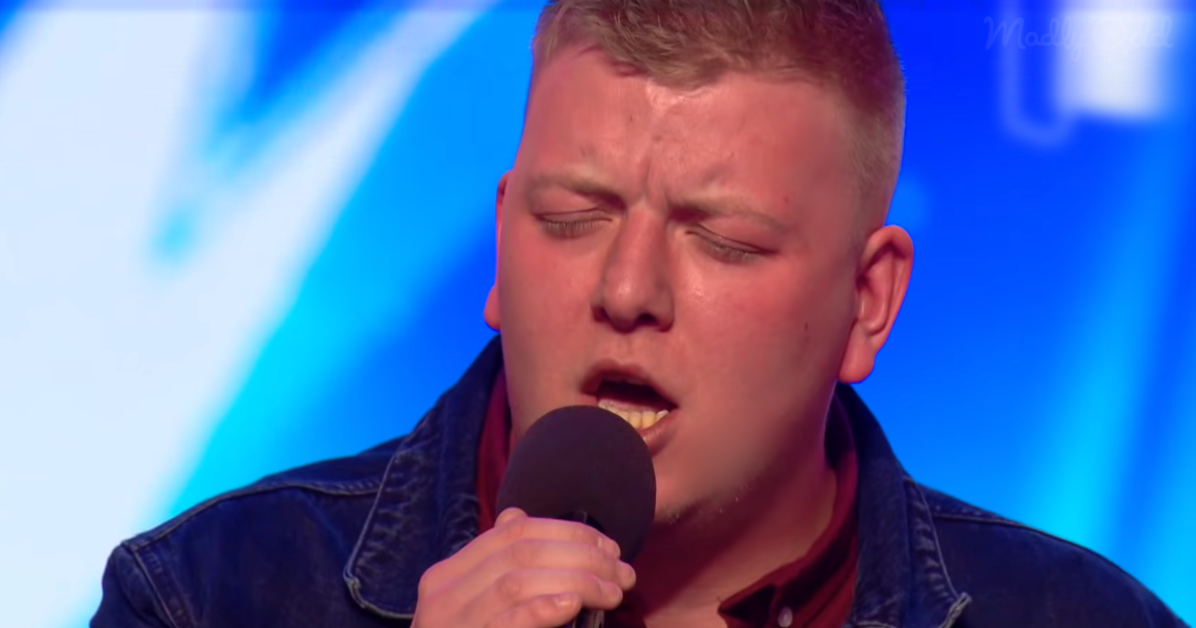 Simon prompted Gruffyd to tell the audience a bit about himself.  Gruffyd proudly proclaimed that he was Welsh and lives with his Granny.  Simon stopped him at this point and asked him about his parents.

This question noticeably rattled the contestant.  Gruffyd tried to explain the reason his parents weren’t in his life, but he was very visibly upset and started stuttering.  These extra emotions probably did not help him relax before his big audition.

Simon wished him luck and cued the music to start. Gruffyd’s friends in the crowd cheered him on as he took a deep breath and began singing. His nerves and emotions were very noticeable, but behind the nerves was an obvious opera talent.    However, something was missing.

After just a few bars of the song, Simon held his hand up and signaled for the music to stop. Simon spoke, “Gruffyd, I want to say something to you – because you’re very nervous. This was very cold and mechanical for me.  I sense there’s more in there…I want you to let go for a second.”  Simon gave Gruffyd a second chance – one that is not offered by Simon very often – to sing a different song.  The host gives Gruffyd a drink of water as the new song cues up, and he visibly relaxes.

As his friends hold their breath, Gruffyd opens his mouth and begins to sing “Nessun Dorma.”   This time, there was an obvious difference.  The audience could tell this song was coming from his soul this time.  The emotion in the auditorium was almost palpable and began to build as the song continues. Tears can even be seen streaming down a few people’s faces.  The crowd erupts with cheers and rises to their feet when he reaches the climax of the song.

The standing ovation was seconded by all four of the judges, and the crowd erupts when one of the judges slams the “Golden Buzzer.”  An emotional Gruffyd is almost instantly surrounded by cheering friends and family.

If Gruffyd Roberts’ BGT audition video touched you as well, please share it with your friends.