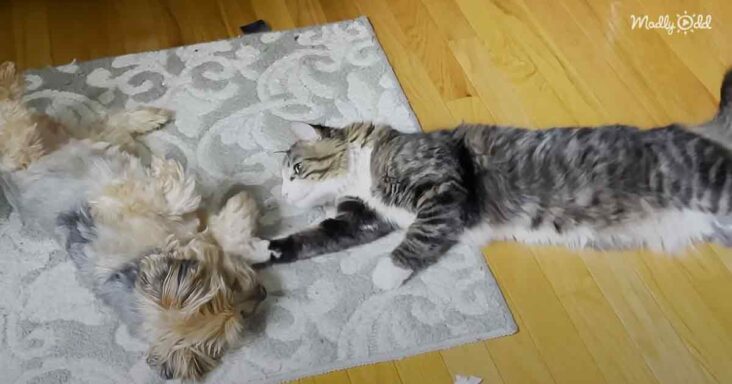 Bob was a grumpy senior Yorkshire Terrier. He would always feel lonely and bark all the time. Thankfully, Luz, his mother, decided to get a cat sibling for Bob. The Yorkie’s face lit up when he saw Marley, the cat. 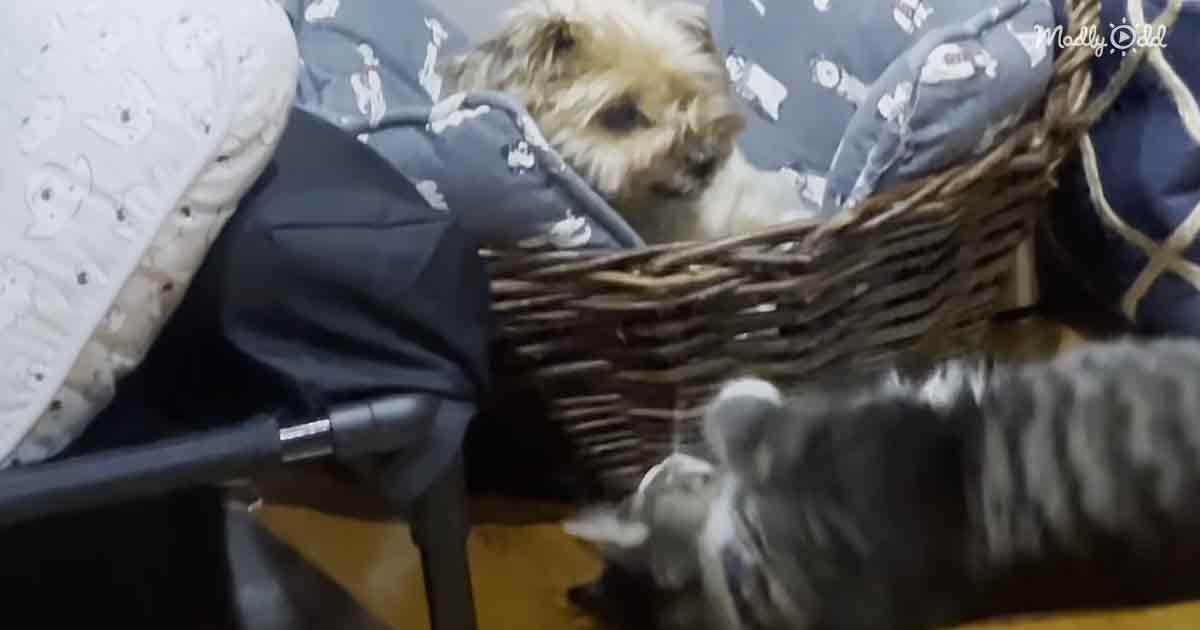 Luz was initially very scared when the two animals came close. After that, however, their relationship started to grow very fast. Gradually, Bob and Marley became inseparable, and it was impossible to split them apart.

Bob and Marley became the best of friends and were always together. Ever since Marley came into Bob’s life, the latter’s loneliness went out of the window. Bob stopped barking and became more relaxed. 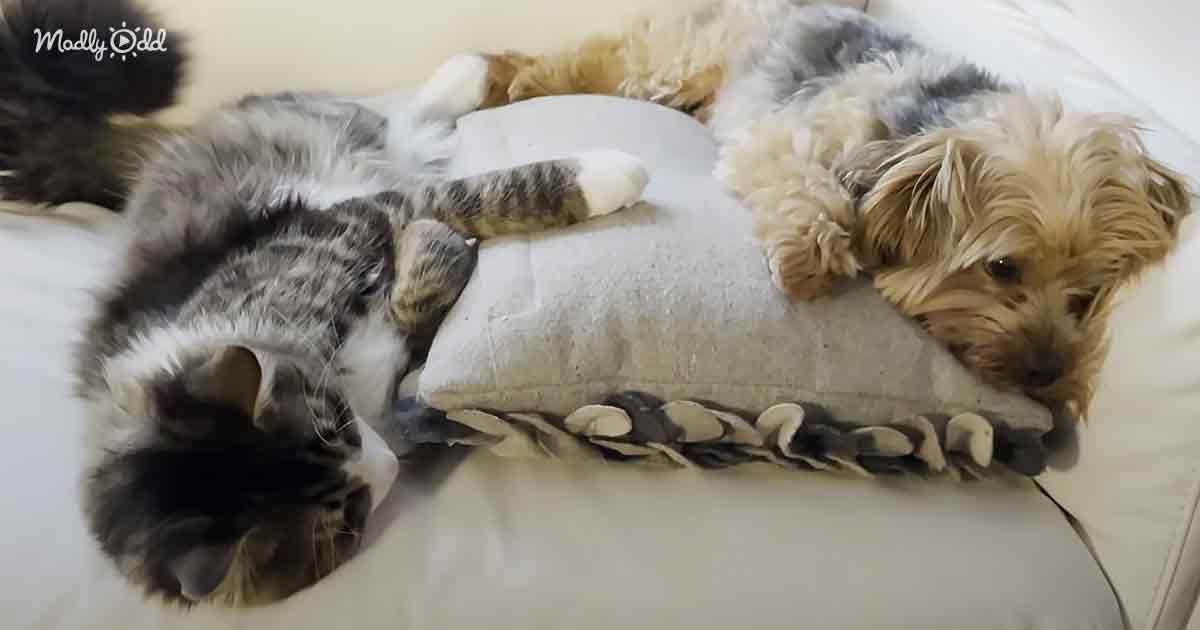 Bob was a senior Yorkie but tiny in size. Luz used to term him as the grumpy old man. The Yorkie was always angry with other dogs in their area. On the other hand, Marley was a bundle of energy. The two together were like a big brother and an annoying little brother.

Marley was always doing some prank and didn’t know when to stop and get serious. So whenever Luz and her family looked at the two, both were fighting. However, during other times, the two would cuddle with each other. 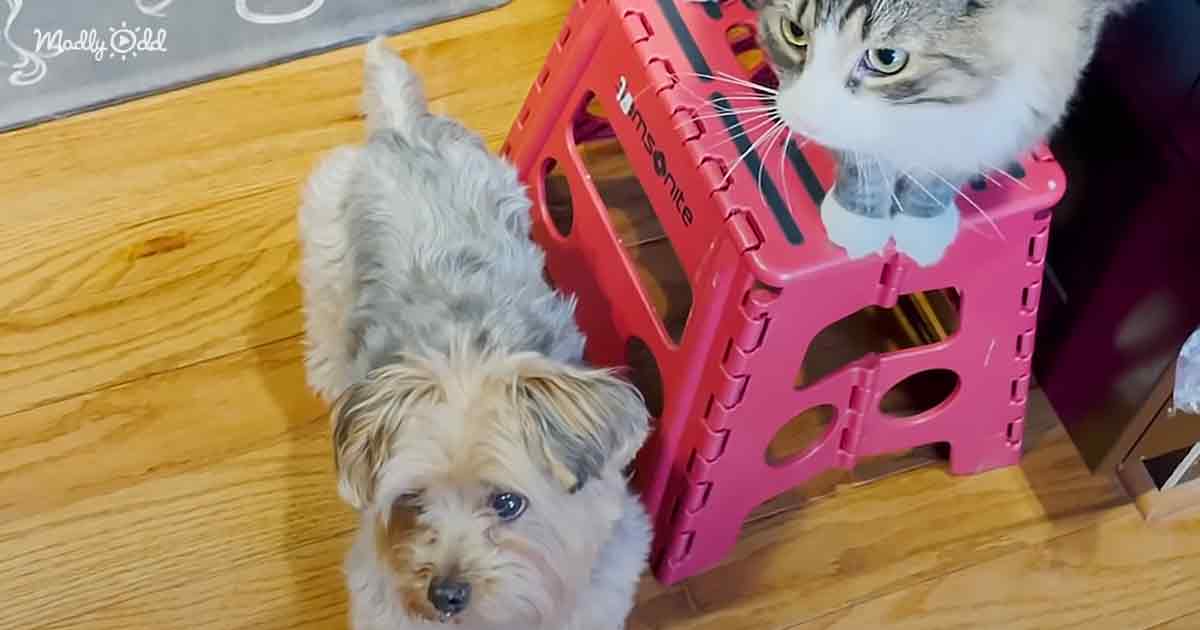 Sometimes Bob preferred to be left alone. During those times, Luz would turn on the TV to calm Marley. Ever since Marley was a kitten, he was intrigued by the screen. He would sit for hours staring at whatever was being shown on the TV or the iPad. Whenever Luz’s dad turned on the TV, Marley would join him while Bob would go to sleep in his bed. Luz always believed that cats and dogs hated each other and that bringing the two animals together would never work out.

However, the two became brothers. Marley became Bob’s emotional support animal. Whenever Bob climbed down the stairs, Marley would sit on the last step so that he would be there if Bob fell down. Ever since Marley witnessed Bob fall down the stairs, he got terrified. Whenever Bob felt irritated, Marley was always there to calm him down.