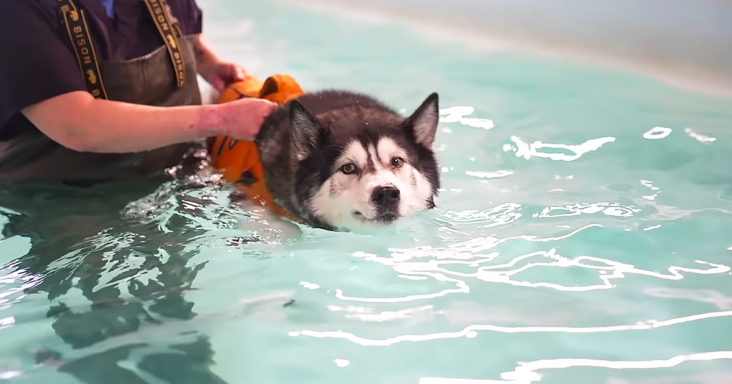 Key, an adorable Husky, is a lovely dog. The husky/malamute cross became famous for his weird but adorable mannerisms. In Brixham, Devon, England, the dog lives with Jodie’s beautiful and kind owner. 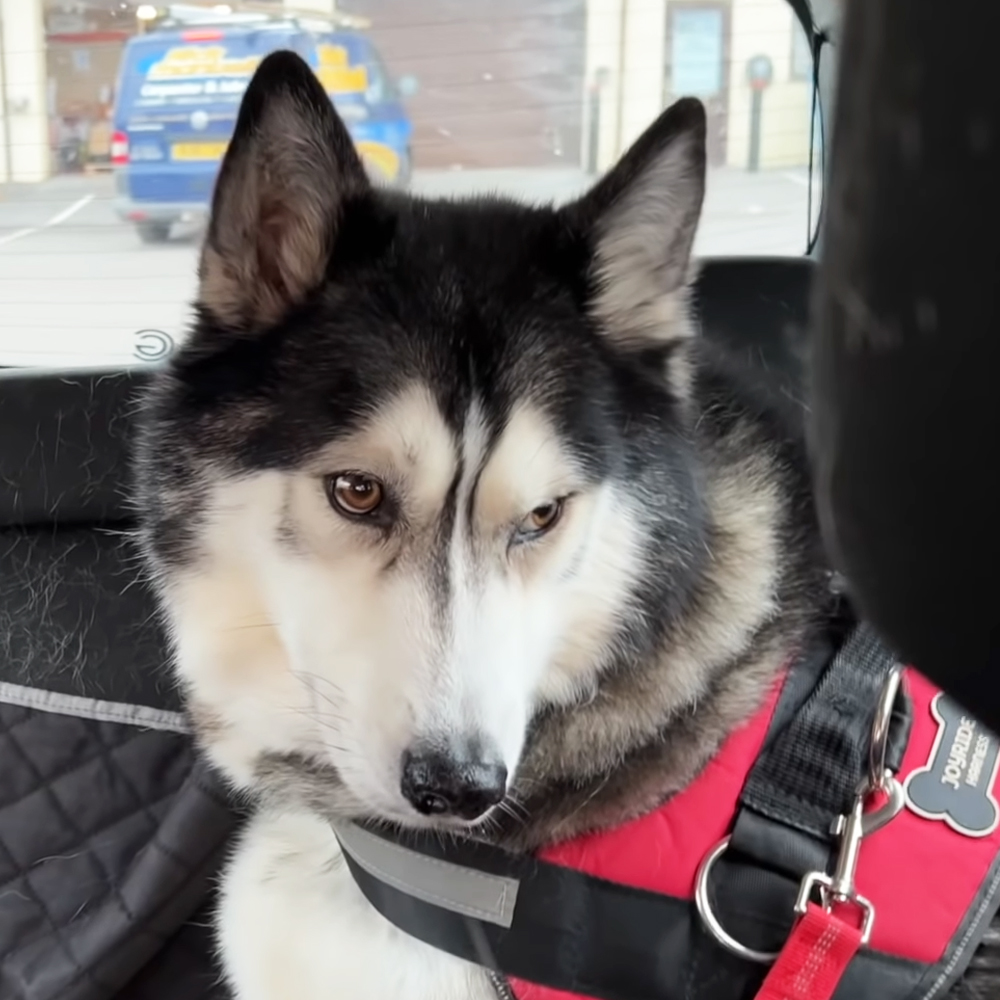 Recently, Jodie took the husky for a swim for the first time. The dog had a sprained wrist, so a therapeutic swim was advised to feel better. In addition, his caring owner wanted to help the poor dog recover fast. Key loved to swim, but this was the first time Jodie had taken him to swim in a big pool.

He was grumpy when he first arrived at the pool. The dog was quite expressive in showing his annoyance to his owner. Finally, however, he agreed to go inside the pool area after his mom had promised him the giant toy at the pool store. The cute husky looked lost and confused when he entered the pool deck. 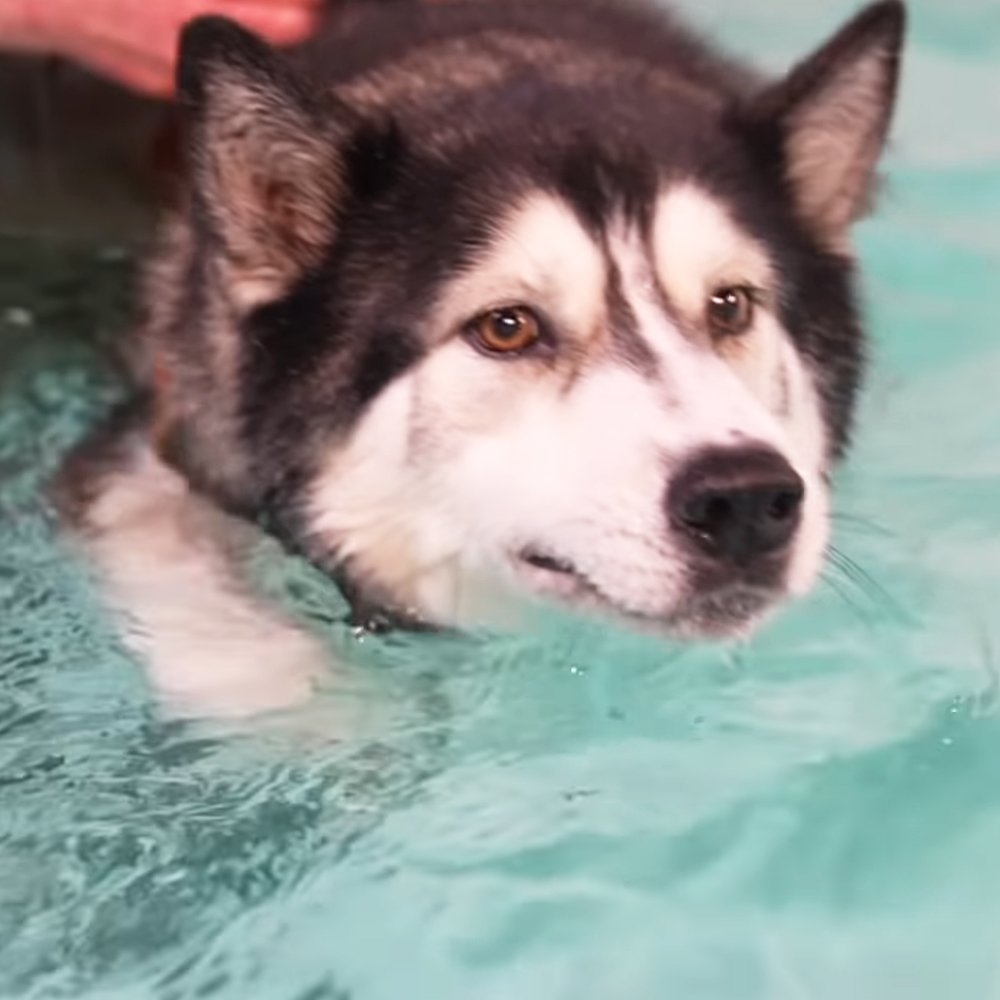 The therapist, who was helping Key, knew this and guided the dog into the water. She slowly pulled the scared husky into the pool. She supported the Husky with her arms and helped him swim.

Key’s facial expression was just adorable. The dog looked at Jodie as if he wanted her to get him out of the pool. However, the poor dog had no option and kept on swimming. After a few minutes, the therapist pulled the dog out to rest for a while. 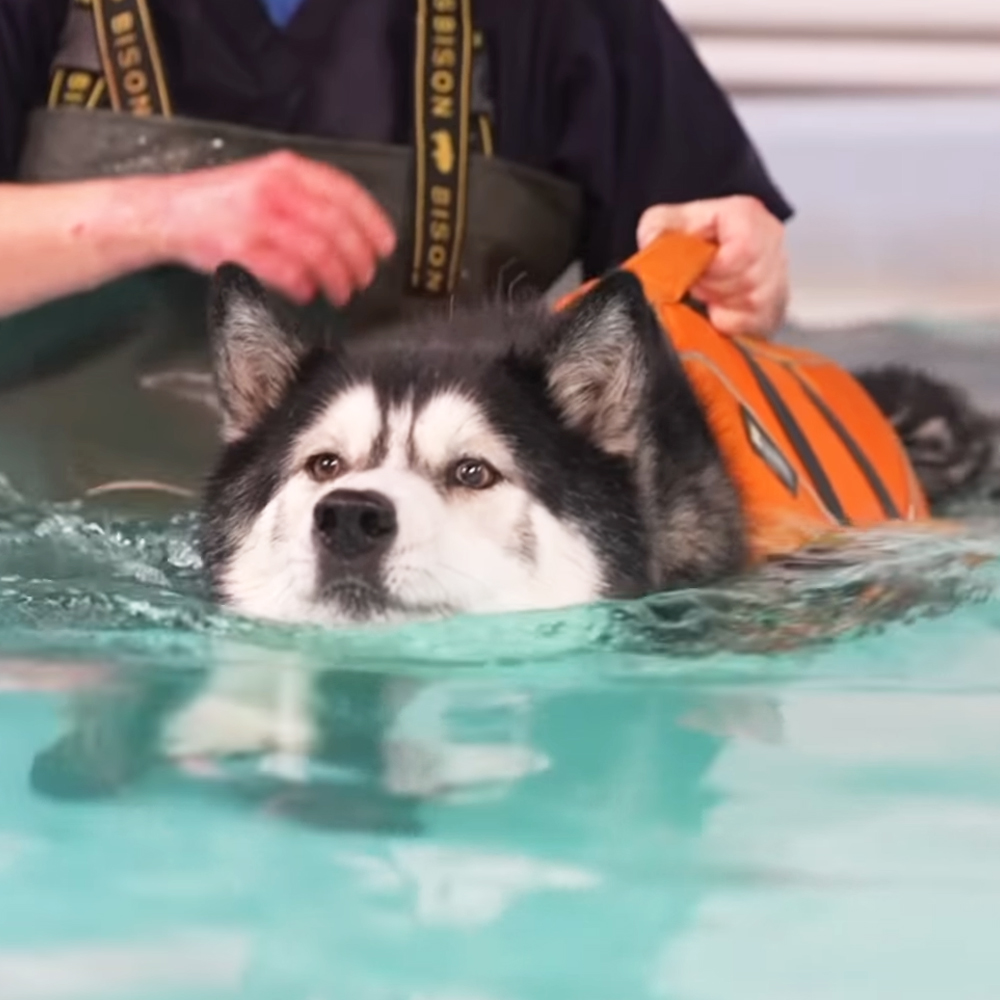 The therapist even gave Key some treats to be more comfortable around her. While the dog ate the treat, he saw a ball floating in the pool. The husky wanted to play catch while he swam and even grabbed the ball in his mouth.

After a while, the dog was confident about swimming and wanted to do his own thing. However, when Jodie asked him if he wished for sausages, the cute husky turned around to his human. As promised earlier, Jodie took Key to the pool’s store after his swim session. The adorable husky chose a Beaver toy. As soon as Key entered their car, he slid his head on the car seat in a comical way, showing his owner how tired he was after the swim.