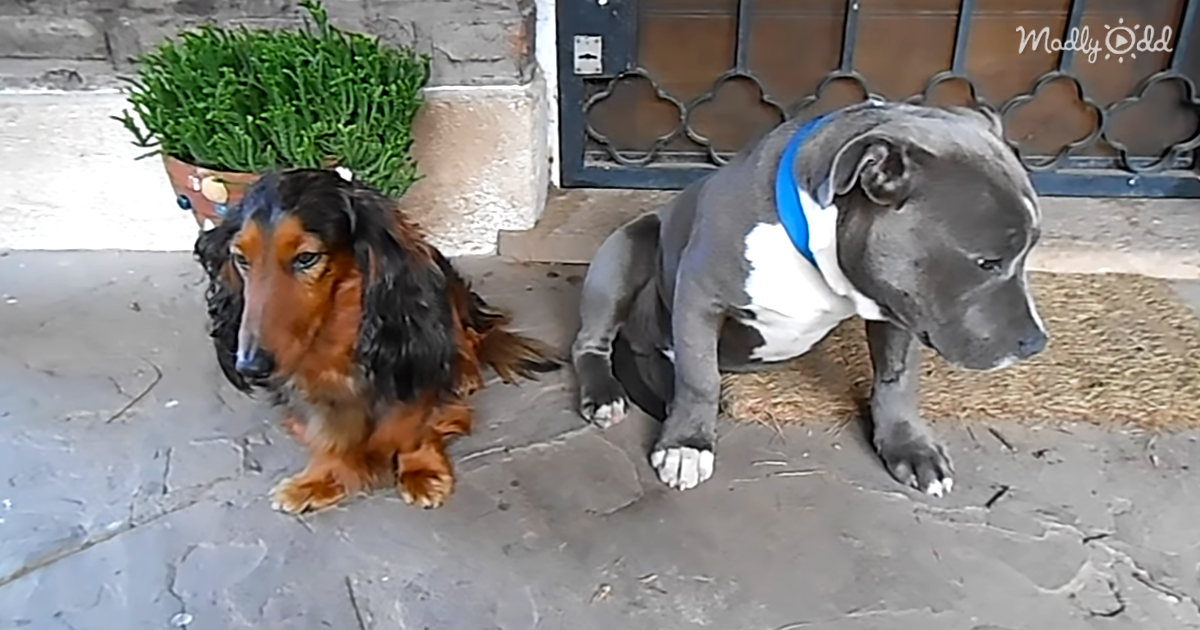 From the moment that this video begins, you can see the guilt oozing from one certain canine. While his companion looks on with obedience but a sense of guilt for his friend, the grey pitbull Moto-moto is too shameful to show his face. Someone had chewed up Daniel Martino’s insole, and it was pretty clear who.

With a stern tone, this owner questions his dogs but not at one moment is he seriously angry. Someone needs to tell his pitbull that for he’s so ashamed that he doesn’t know how to act. There’s no way to show anything but love to a four-legged friend like that but guilt is guilty, and someone was naughty!

This moment between an owner and his furry friends shows a heart-warming encounter hinting at just how childlike our little ones actually are. Moto-moto is so guilty that Mister starts acting funny. Yet, nothing is funnier than the way that this young Pitbull tries to hide away, curling and creeping in an undeniable showing of guilt.