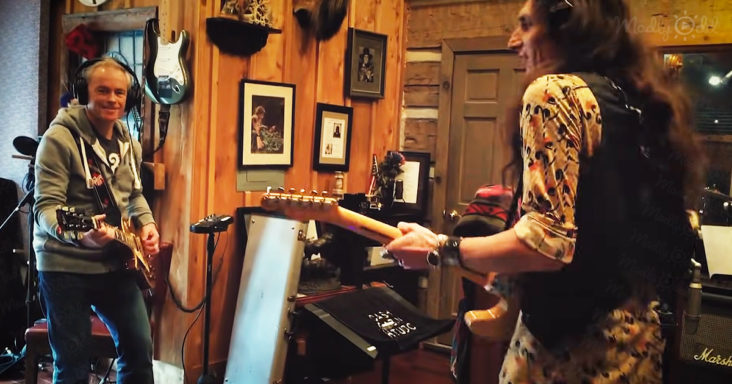 Justin Johnson and his pals have converged at the Cash Cabin for one purpose. Or rather, we can say, for one person. It is none other than Chuck Berry! With their guitars, drums, and vocals, they have decided to relive the classic “Johnny B. Goode.”

The Cash Cabin is a musical haven of wood. Although it’s a bit crowded, there is a nice sense of coziness in it. It is decorated with paintings and a rug. But the guitars and instruments hanging on the wall give it a musical vibe.

Justin introduces the song with his powerful guitar skills. Then the drums and support guitars join in the fray. The song is well underway, waiting for the icing on the cake, the vocals! 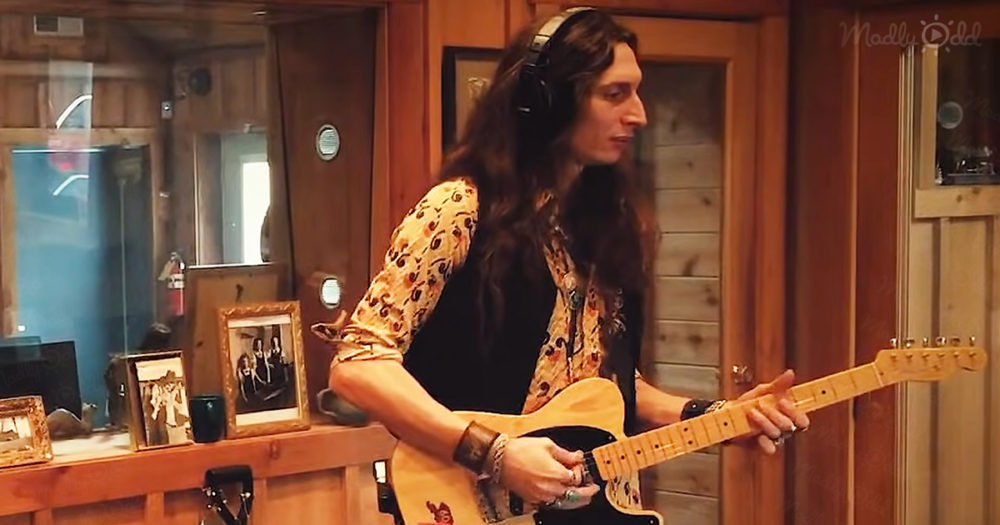 We have strong country vocals join in 17 seconds later, and the entire cabin is grooving. The drums and the producers are separated in soundproof glass to concentrate and not lose track of their jobs.

By the second minute, Justin Johnson proves his greatness in an impressive solo. With nothing but support from the drums and the strings, Justin uses the pedals on his guitar to make it sing.

Justin’s singing guitar continues for about two minutes. His fingers fly across the strings in the way only an expert would. Truly a tribute from one great guitar player to another.

The vocals continue on the latter half of the song, giving us that powerful country electric music. And it comes to a satisfying end with Justin sawing on his guitar.