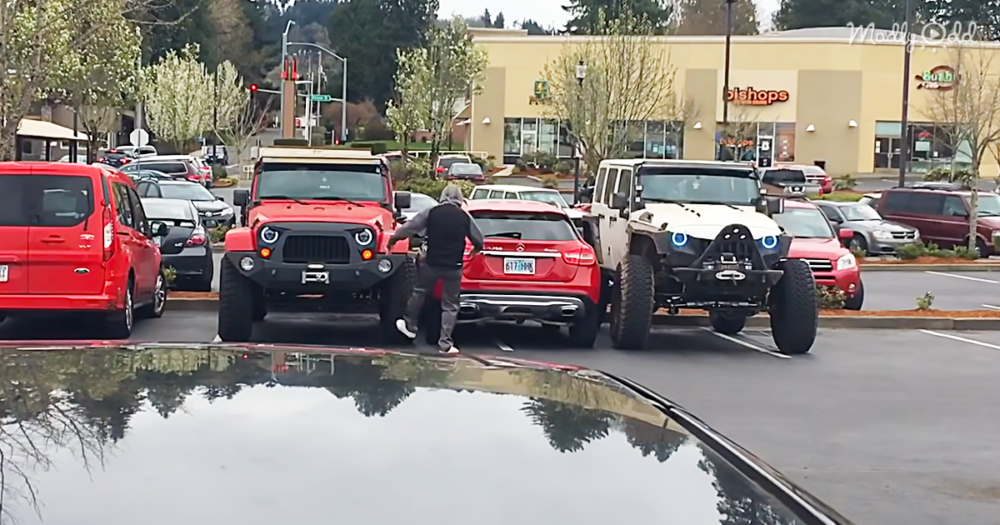 It’s always funny, yet exasperating when you see an expensive car illegally parked. Double-parking is an especially common pastime of luxury car owners. Maybe drivers of fancy vehicles feel entitled to park somewhere convenient even if that means getting in other people’s way.

In the video we’ve posted below, it looks like the driver of a Mercedes mini-SUV just couldn’t be bothered to park properly. Okay, maybe he’d have had to to a little extra walking, but that’s no big deal (and as we’ll see, he seems physically fit). 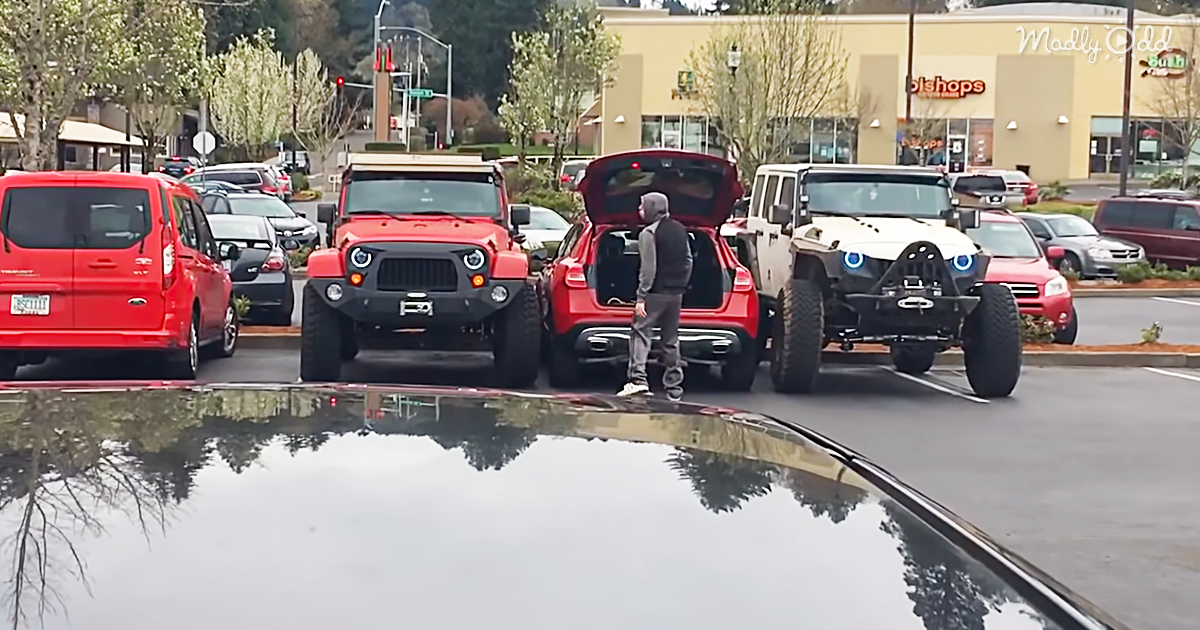 Instead, our Mercedes driver just carelessly pulled in and parked on top of the white line, occupying two spots. Maybe he thought it should be obvious: if he could afford a Mercedes, he deserved more asphalt-covered real estate. But fear not!

There are parking-lot avengers who specialize in punishing just this sort of inconsiderate behavior. They’re on the lookout for people who have an excessive sense of entitlement. They can deflate the largest ego, reducing the offender to an almost helpless state of indignity. Their weapons? Two great big Jeeps! 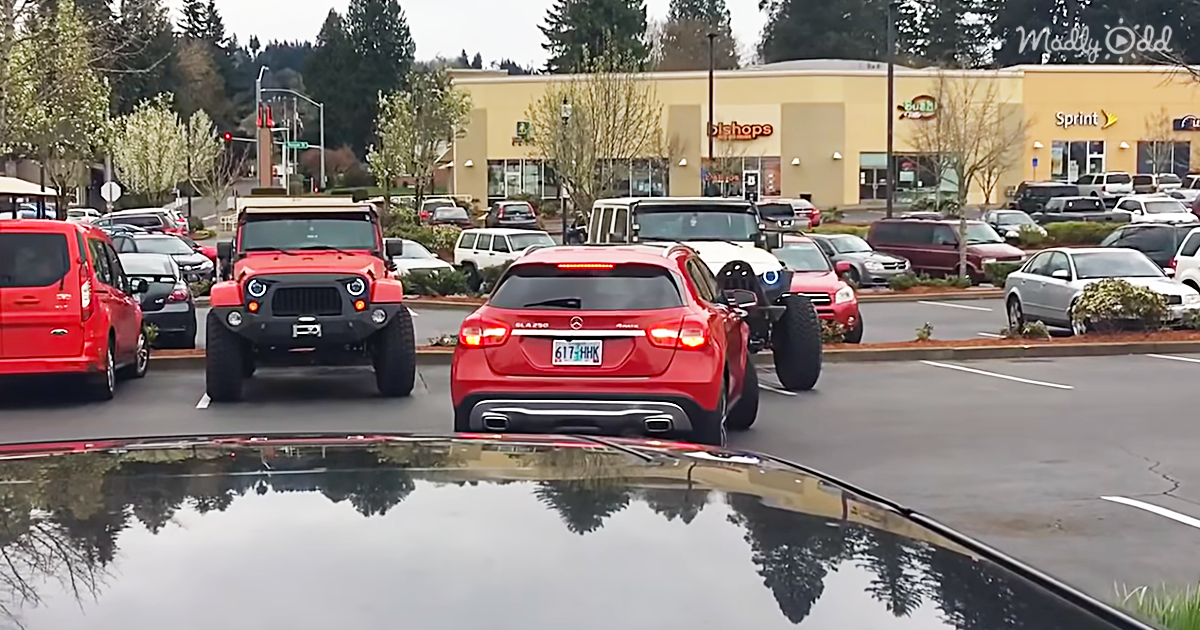 Our Mercedes driver was dropping by the mall to shop at an electronics store. It doesn’t look like he bought anything, so it looks like he was on a, shall we say, fool’s errand. When he gets back to his parking spots, he’s found that those two giant Jeeps have sidled up right next to his car.

The Jeeps aren’t touching his car. He will be able to pull out, but getting into his vehicle is going to be a bit of a challenge. You’ll see it all in the video we’ve posted below. You will love this clever vengeance on an inconsiderate driver. 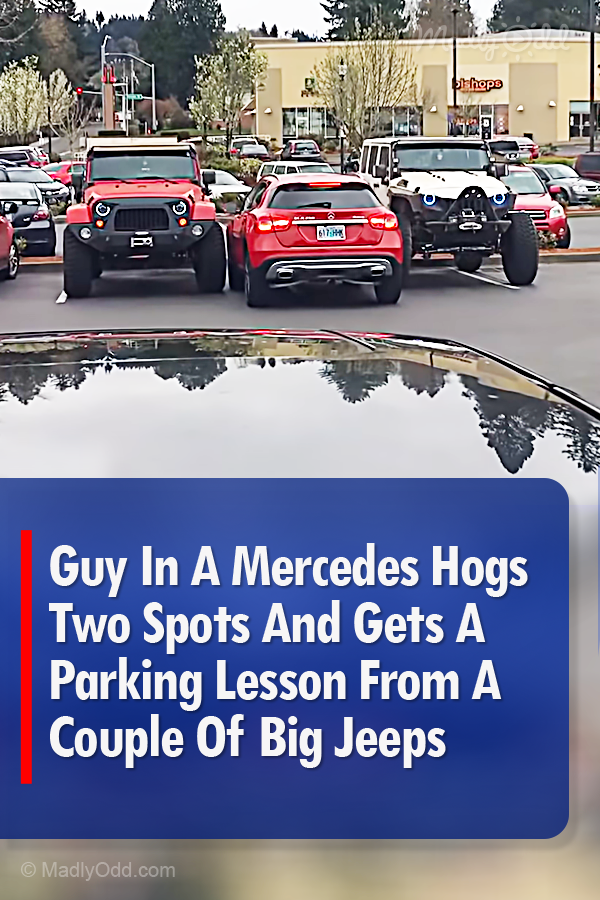