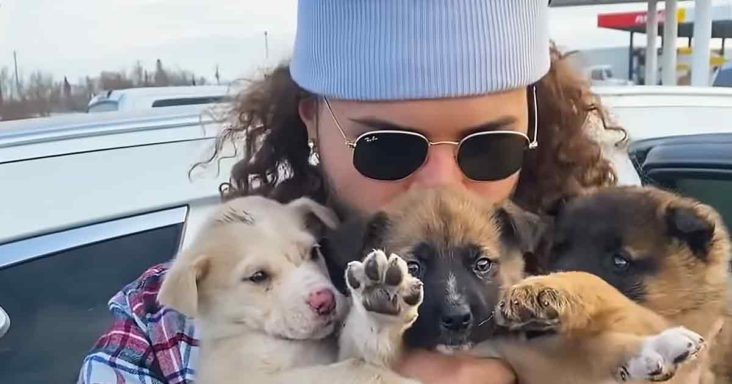 Brady Oliveira of the K9 Advocates rescue organization in Manitoba, Canada, saw a post online that said, “Unwanted puppies get them off my property.” So the team of volunteers, along with Brady, went to the address. 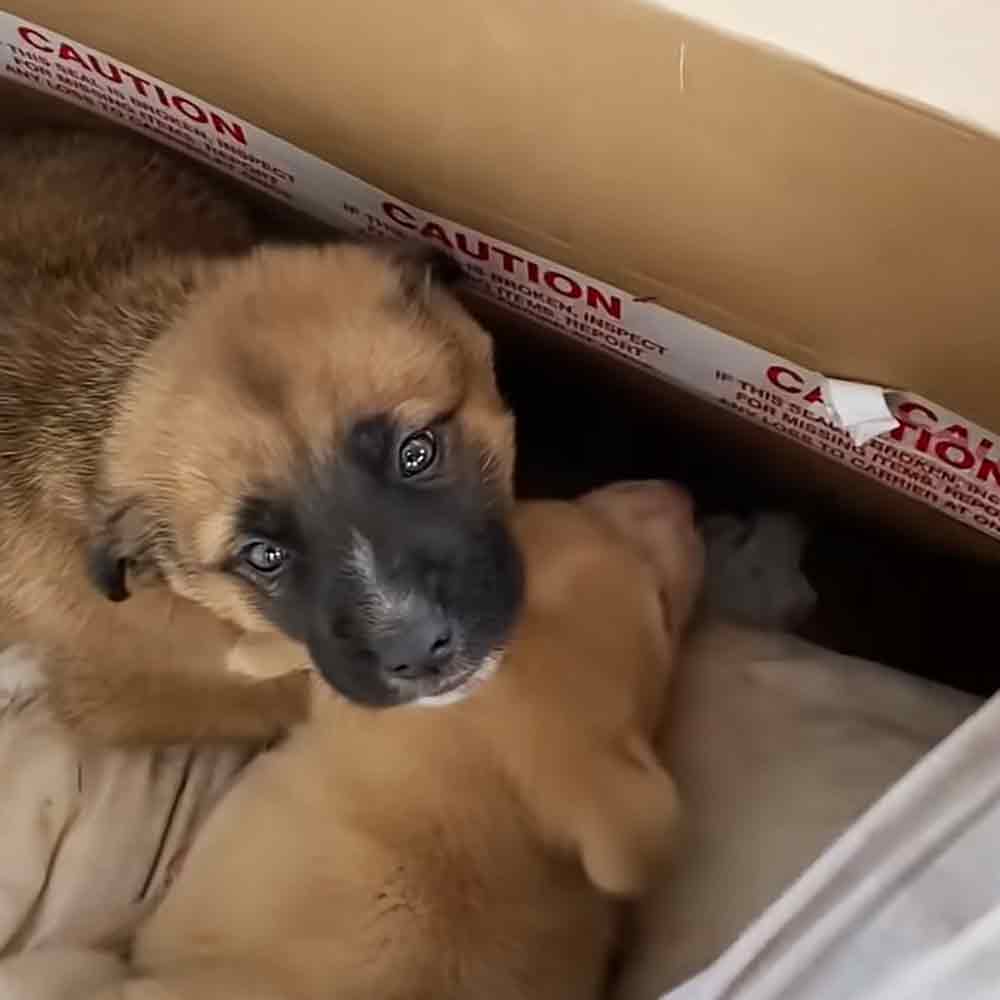 The puppies were found in a cardboard box with their mother. She knew that her puppies were safe with the kind humans around her. Brady knew that he had seen more than two puppies in the post, which mentioned the abandoned animals.

However, when they walked back to the vehicle, they heard barks and little squeals, which felt like puppies crying. They immediately followed the squeals, and the momma dog led them to the rest of the puppies. 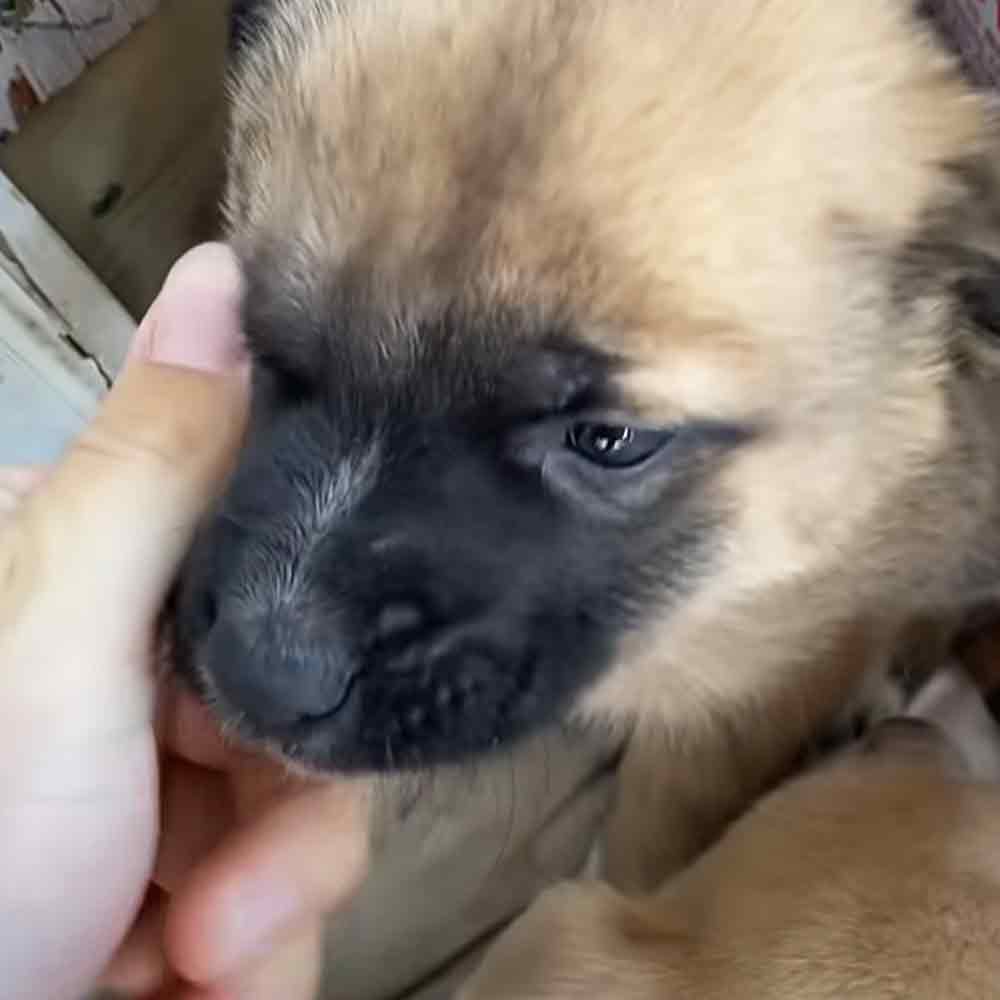 The little ones were petrified of the humans. It took them a while to get them. One of the puppies, in particular, did not want to come out. The puppy hid near the lawnmower, frozen under the deck due to the snowfall.

It took the rescuers 20 minutes to bring her out as she was super-fast. Brady was happy to get her out and hugged the puppy in his arms. He told her that she would have a better life than living under that deck. 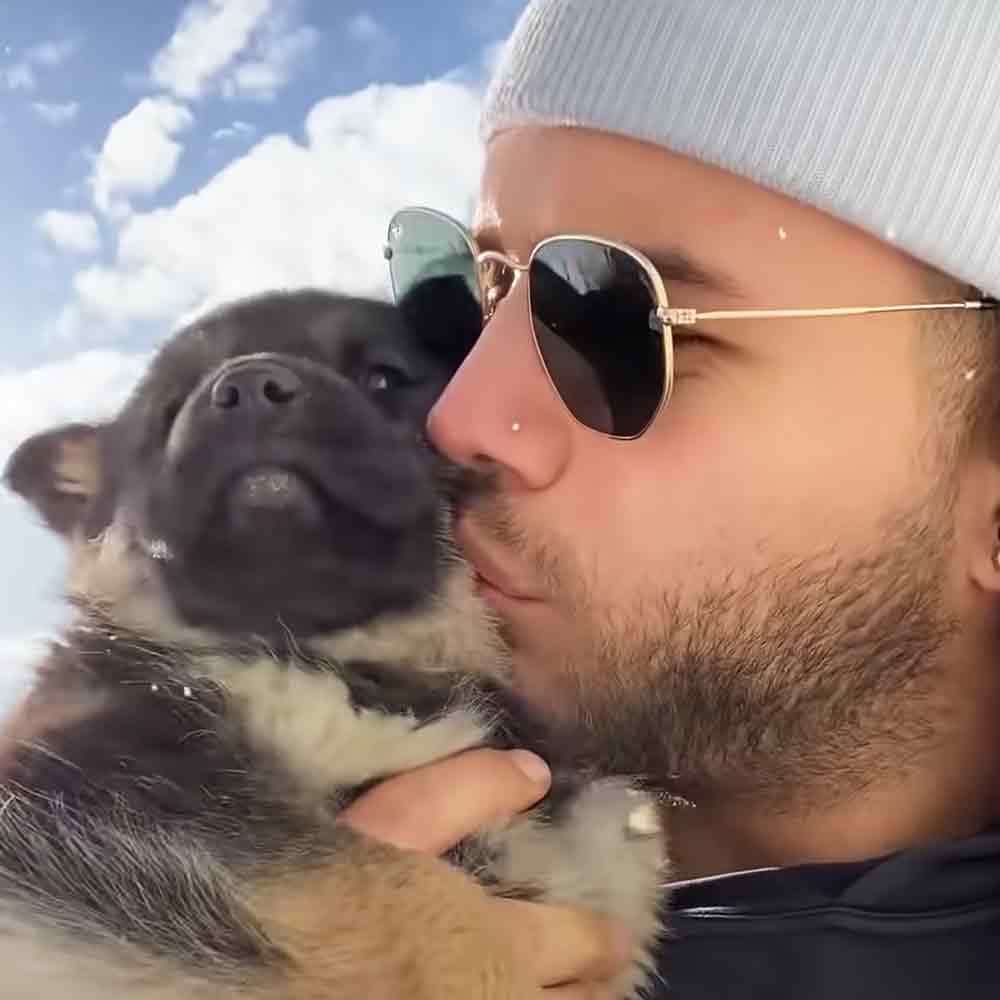 The rescuers took the puppies and their mom with them in the car. The entire family of abandoned dogs was off to the fosters’ now. Brady held the scared puppy, who didn’t want to come out of the deck in his arms during the drive back to Winnipeg.

She instantly connected with the rescuer. Soon they arrived at their fosters and got adopted by beautiful and loving families. Even the mom got adopted and now had a new name Bagel. 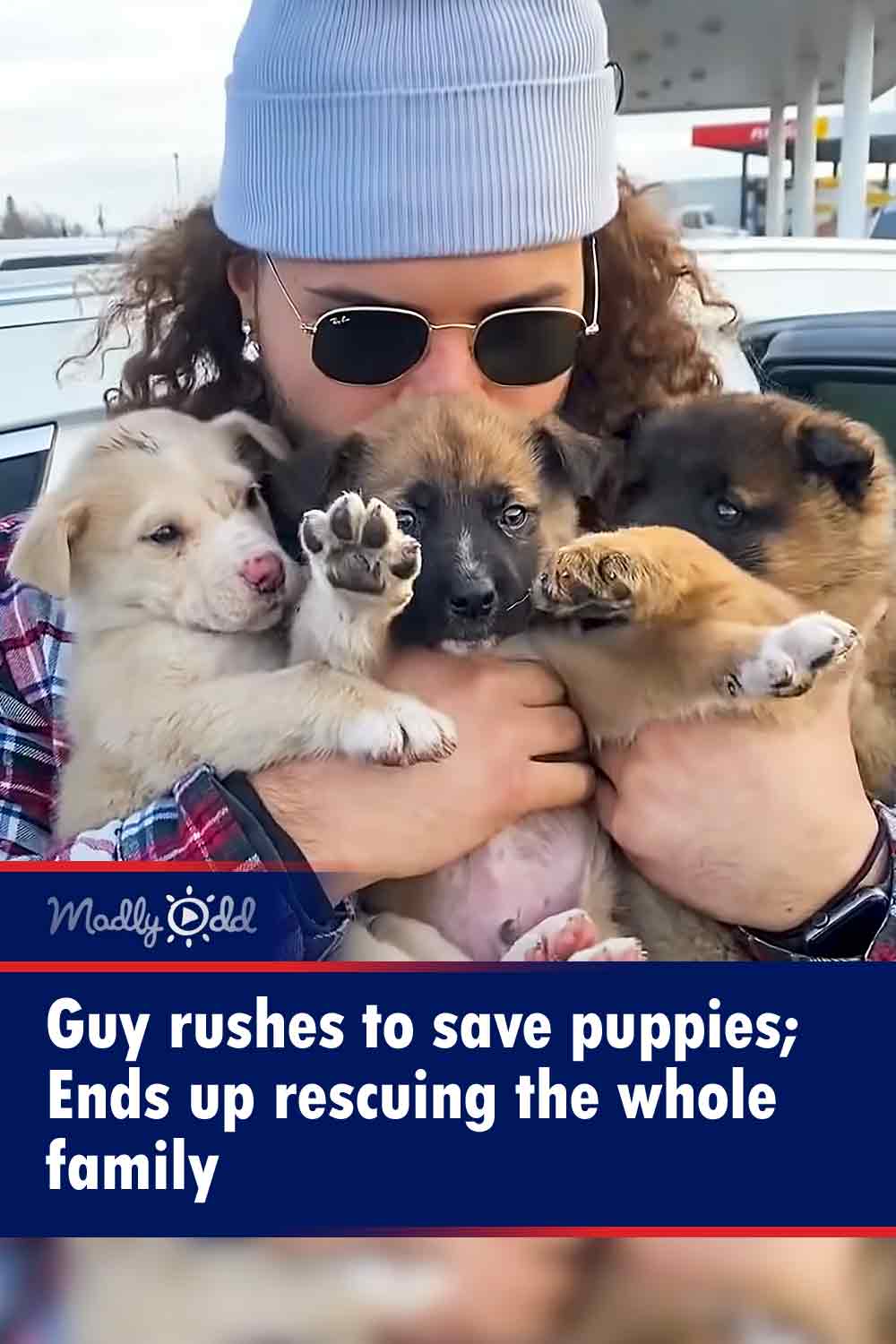