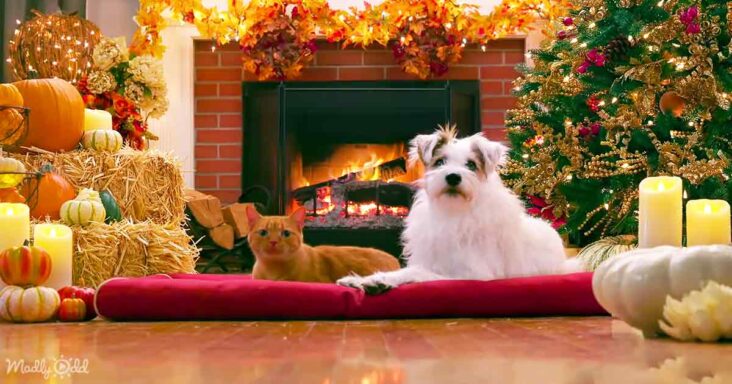 It is not just humans who love playing with Santa or enjoy listening to holiday music. Animals also like to enjoy themselves during the holidays with great enthusiasm. Recently, Hallmark Movies came up with a fantastic film about Happy the cat, Happy the dog, and several of their young friends. 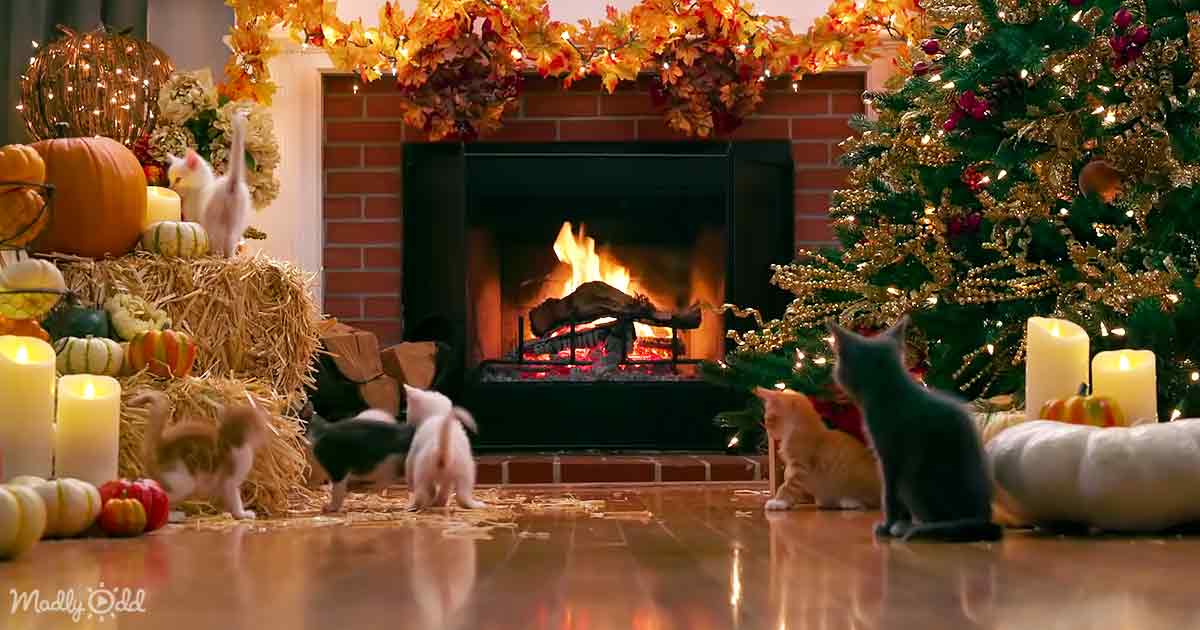 The beautiful pups and kitties played and relaxed in front of a warm fireplace (most probably a Yule log). It was complemented by beautiful holiday music. A few animals who had specially appeared in this fantastic movie were the bunnies & Pip Squeak the pig.

The video began with Happy the dog & cat relaxing in front of the fireplace, all decorated for the Christmas season. Then, to give it a more authentic and traditional feel, the creators placed hay stacks, pumpkins, and candles around the area. There was also a giant Christmas tree fully decorated with Christmas ornaments. 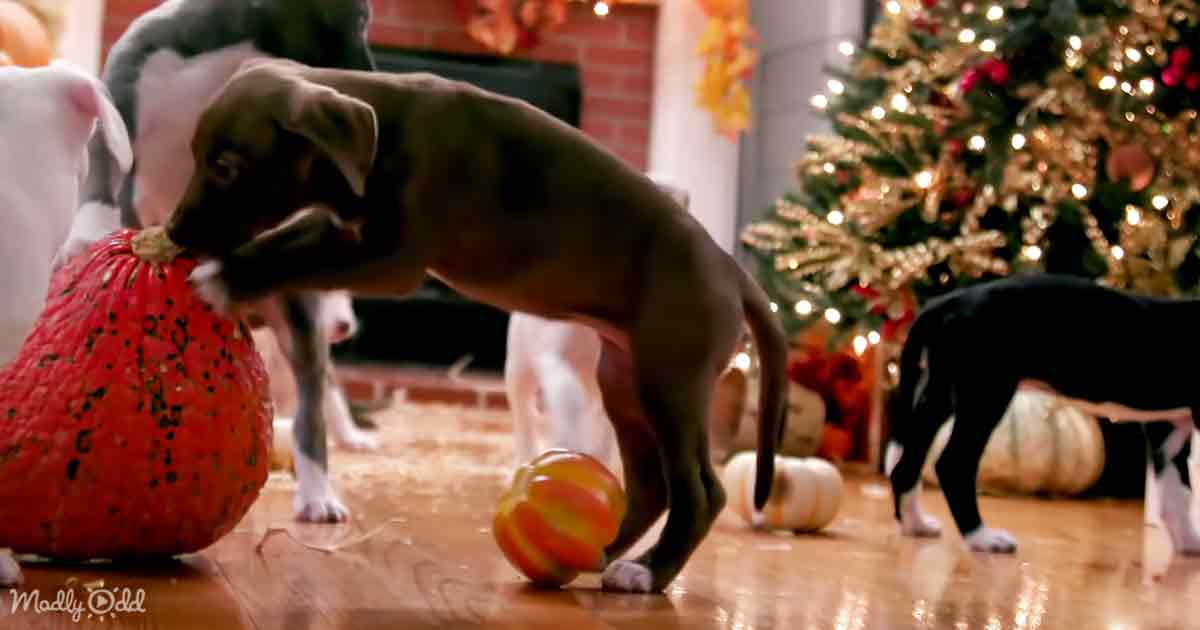 The Yule log burning in the background would take you to the past. Families would bring the truck of the Yule tree inside and stick the big end of it to the fireplace. This would burn for around 12 days of Christmas. Many of us probably remember the sweet treats of Christmas, “the Christmas Chocolate Yule log.”

A few moments later, the whole area became a playground for little kittens. The background music played Jingle Bells while the kittens wrecked the entire region. It was something all animal lovers would enjoy. The video brought the viewers joy, peace, and little tears too. These adorable animals, the dog, cat, kittens, and puppies with the bunnies and Pip Squeak, the pig, cracked up everyone. 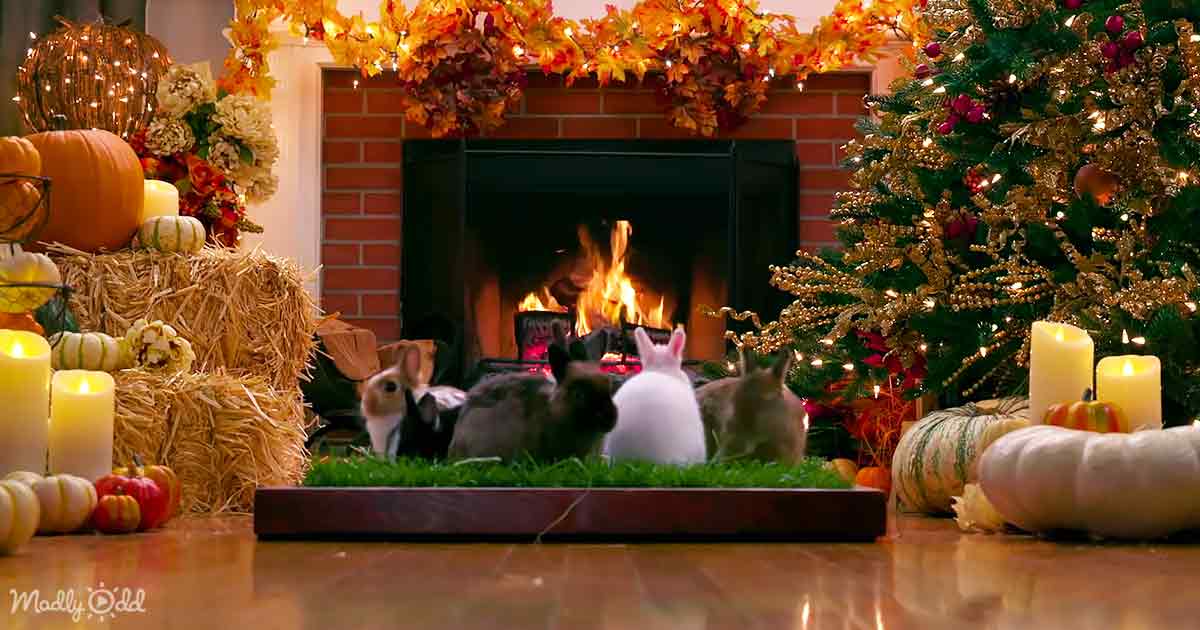 The bunnies enjoyed eating the green grass while the pig resting on a vast red pig bed looked adorable. All the animals were in a festive mood and played around with the pumpkins. Finally, they were ready to play ball with the juicy pumpkins.

The fur cuties playing around the whole house was an experience no one could describe in words. However, the video was a treat for kids who wanted to listen to Christmas songs while enjoying these beautiful and innocent animals playing with their friends during Christmas. The film’s traditional Christmas songs included We Three Kings 2, Jolly joyful, and Silent Nights. Other conventional songs were O Come All Ye Faithful, We Wish You a Merry Christmas, Jingle Bells, and others. 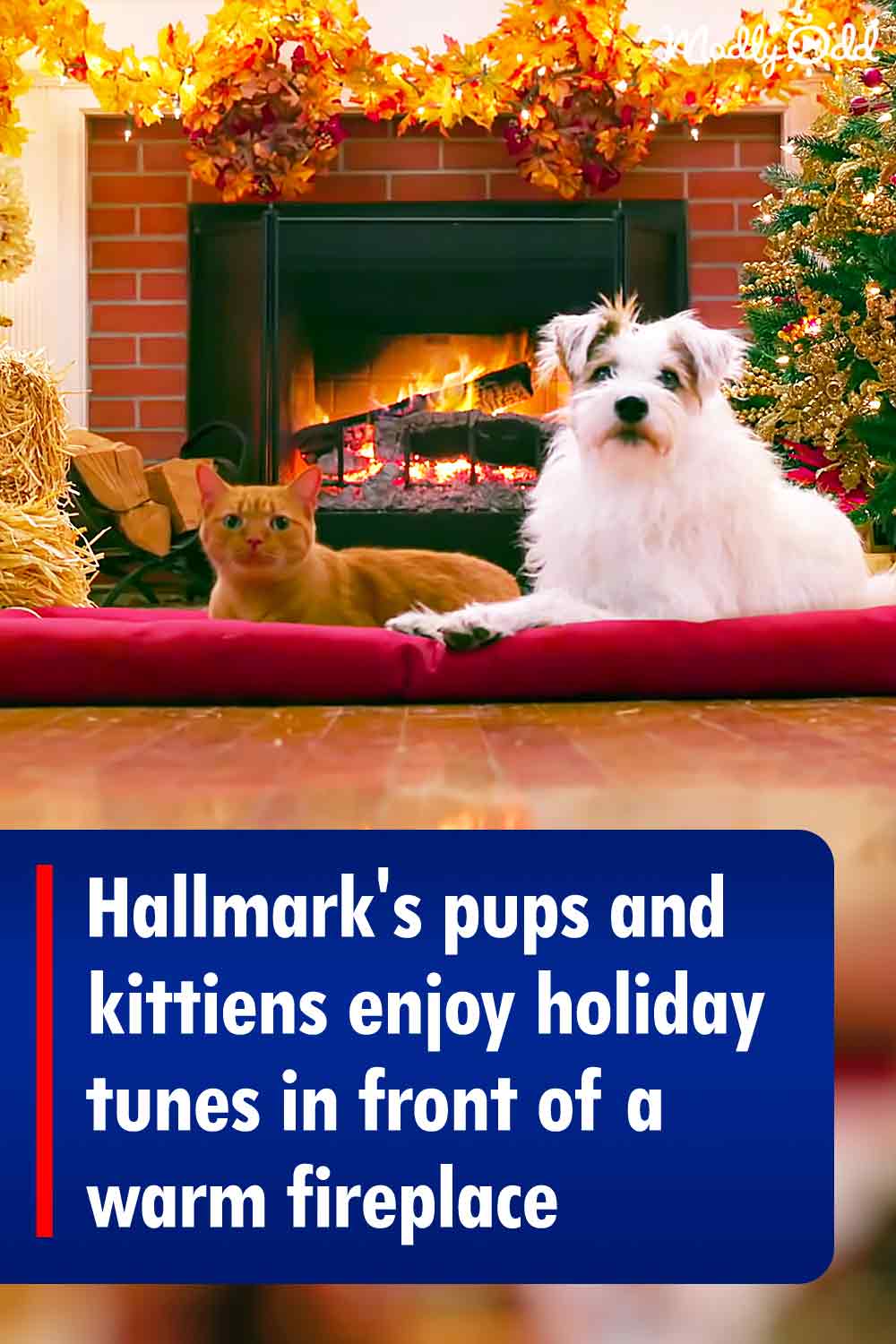