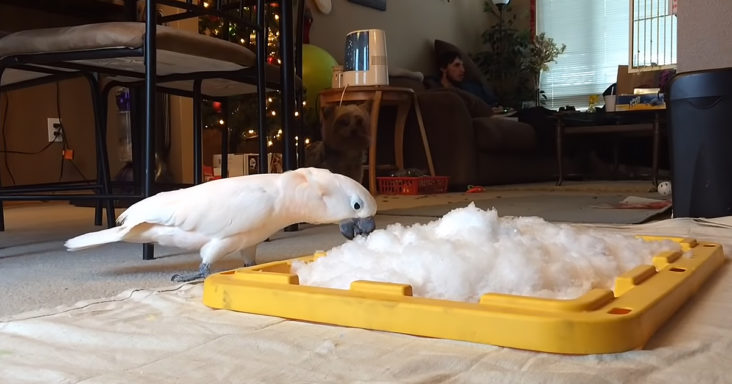 Gotcha, the Moluccan cockatoo, is an online celebrity. He was named Gotcha because his favorite phrases were “I got you” and “I Gotcha.” Katie Vannoy has two exotic pet birds – a Moluccan cockatoo, Gotcha, and an African Grey Parrot, Letty. 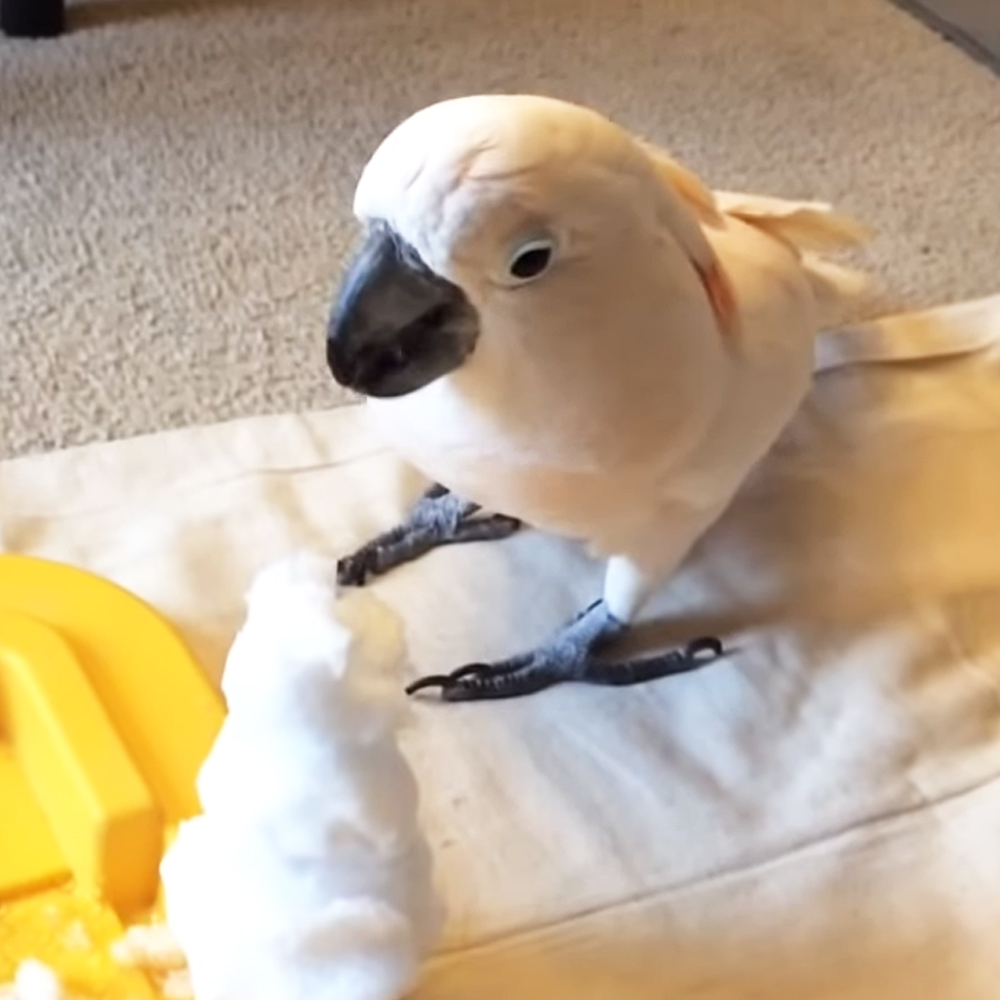 Both the birds are adorable and love their mom. They were trained and acted like lapdogs. The Moluccan Cockatoos are also sometimes referred to as Salmon-Crested cockatoos. Gotcha’s feathers are whitish-pink, and he looks gorgeous.

This cockatoo is a 16-year-old bird who was mistreated, abandoned & neglected by his previous owner. However, the bird’s life changed when he was adopted by Katie. She was a loving and caring owner who cared for her pet birds. 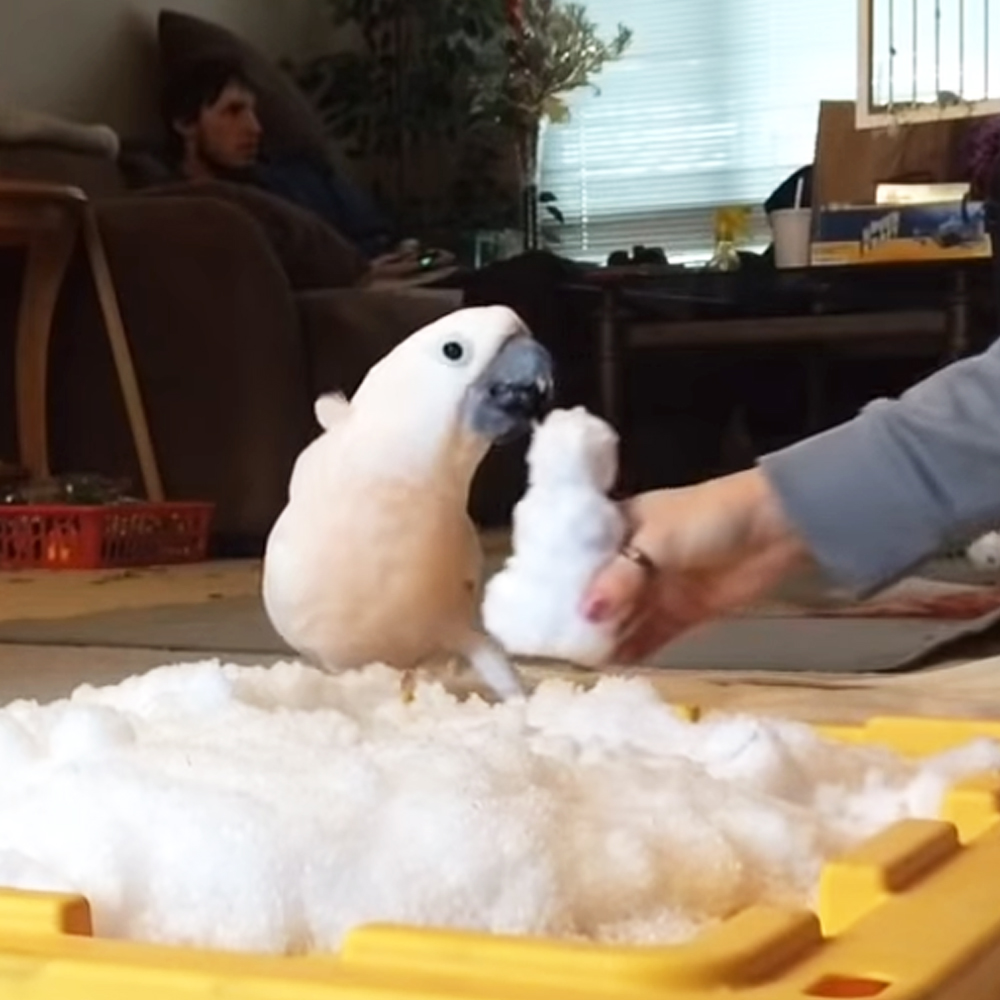 When it snowed and was too cold to take her birds out, Katie decided to entertain her bird indoors. As a result, she got some fresh snow and helped Gotcha and Letty experience snow for the first time.

Most of the exotic birds don’t get to experience snow. So, it was fascinating and fun for these birds. However, the one who enjoyed the snow the most was Gotcha. Letty wanted nothing to do with it, though. 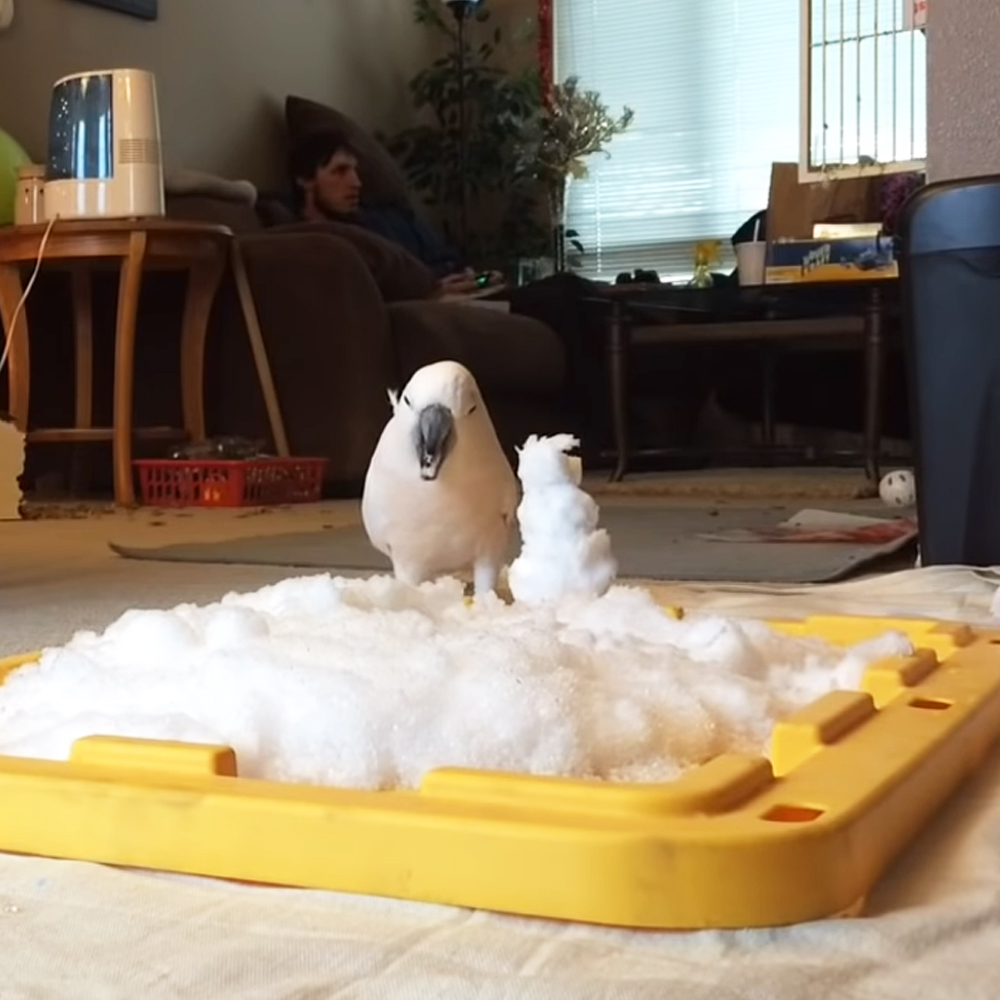 She went to Katie’s partner and sat on the couch with him. On the other hand, the Moluccan cockatoo could not stop himself from munching on the snow that Katie had placed on a plastic board.

She even made a mini snowman for Gotcha. The bird sat in Katie’s arms while he ate the snow. He was so engrossed in the endeavor that he lost grip and landed on the snow. Gotcha got up and walked away, making a mess in the process. But the caring owner laughed at her bird’s reaction.