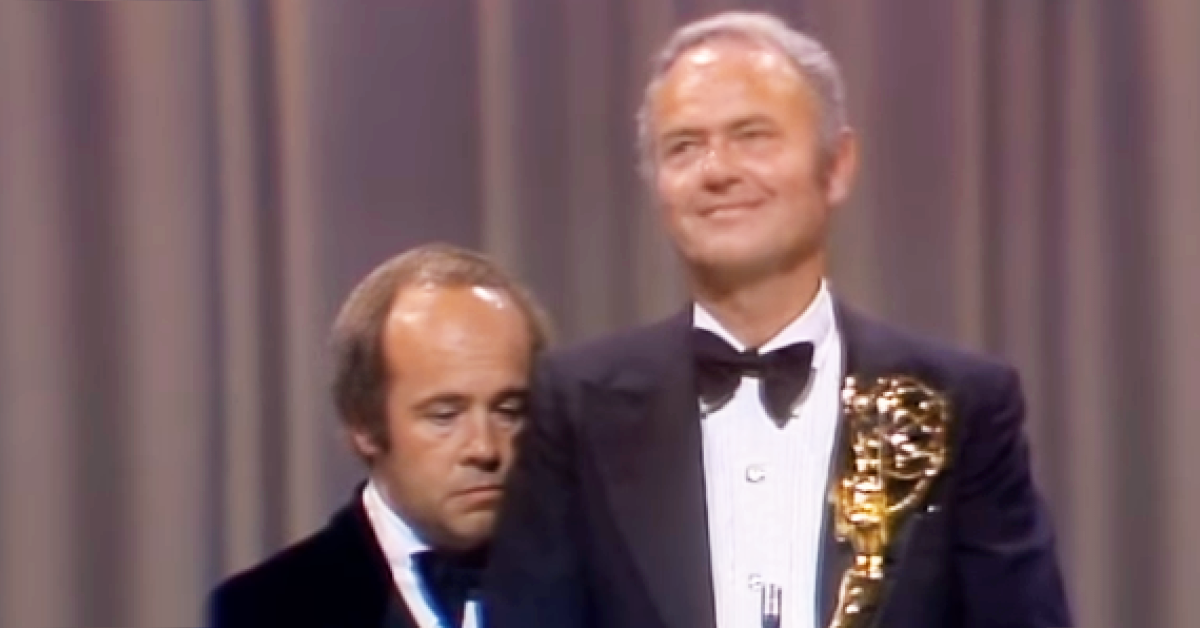 It’s Harvey Korman’s time to shine in the spotlight when he accepts an Emmy Award, but Tim Conway isn’t far behind!

Comedy kings Tim Conway and Harvey Korman were mainstays for years on The Carol Burnett Show, which aired for more than a decade on CBS.  Although the pair weren’t officially a team like the legendary Abbott & Costello, they were often cast together in sketches because they were so insanely popular with fans.

You surely remember their clever ad-libs which permeate their work on the show.  And as always, Korman was known to hilariously break character because he couldn’t control cracking up over Conway’s antics.

Tim could start old Harvey chuckling with only a glance.  Harvey’s struggles to stop laughing are half the fun of watching this duo chew up the set together.

In this touching and funny video, an elderly Harvey and Tim sit side by side being interviewed about their best Emmy moments and commenting on the clips as they relive them together.

Suffice it to say, they had the celebrity-packed Emmy auditoriums in stitches, not to mention the millions of viewers at home.

“There will never be another two as funny as Tim and Harvey!” wrote one nostalgic fan in the comments.  “They were masters at comedy!  I’m sure Harvey is entertaining everyone in Heaven. Tim is still with us, hopefully for a long time!”

“Oh how much better we would be if we could simply implement Harvey Korman’s words of wisdom, ‘You can’t take everything seriously,’” commented another viewer.

Here’s a juicy gem we’ll bet you didn’t know about.  Tim and Harvey first worked together in the 1960s on The Danny Kaye Show.  Both actors had so much admiration for each other that when Conway joined the cast of The Carol Burnett Show in the 1970s, Harvey was thrilled.

For years after the series ended, Korman and Conway always sought out opportunities to reunite on stage, film, and television, including for this special Emmy interview.

So join the rest of their adoring fans and relive these hilarious Emmy moments along with Tim and Harvey and enjoy the video below. Be sure to pass it along to a friend.