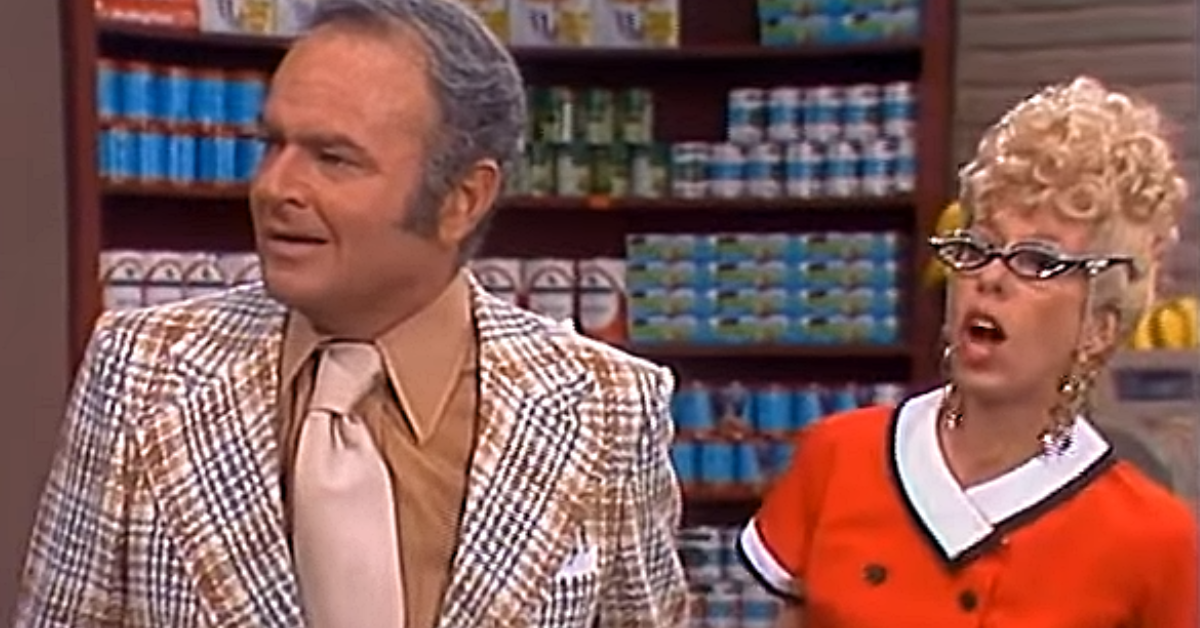 Back in the day, we could all count on The Carol Burnett Show to lift our spirits every week. Carol herself was a hoot, but when she assembled a cast of comedy’s best for her long-running series, the laughs came fast and furious.

In this laugh-fest of a sketch called “Supermarket checker,” Carol plays a gum-chomping cashier who speaks fluent Brooklynese and isn’t big on speedy customer service. Enter Harvey Korman, out to impress his scantily clad date, “Trixie,” with a few last-minute purchases for his bachelor pad. 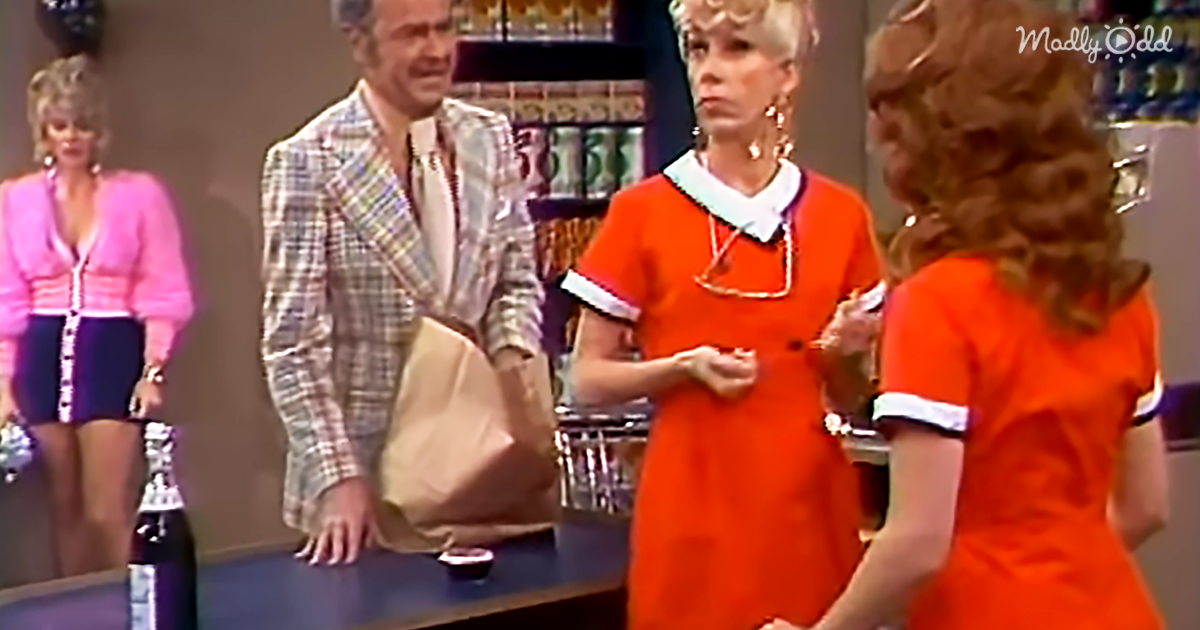 Watch as every man in the joint, including Lyle Waggoner in a cameo as a handsome surfer dude, stops to hit on her, while an insanely irritated Harvey is stuck wrangling with eternally distracted cashier Carol.

Not only does Carol move at a snail’s pace, but she also delights in mocking Harvey’s would-be romantic purchases for his intended soiree, including making an announcement over the store’s loudspeaker about his “purple passion of Persia” incense, much to Harvey’s humiliation. 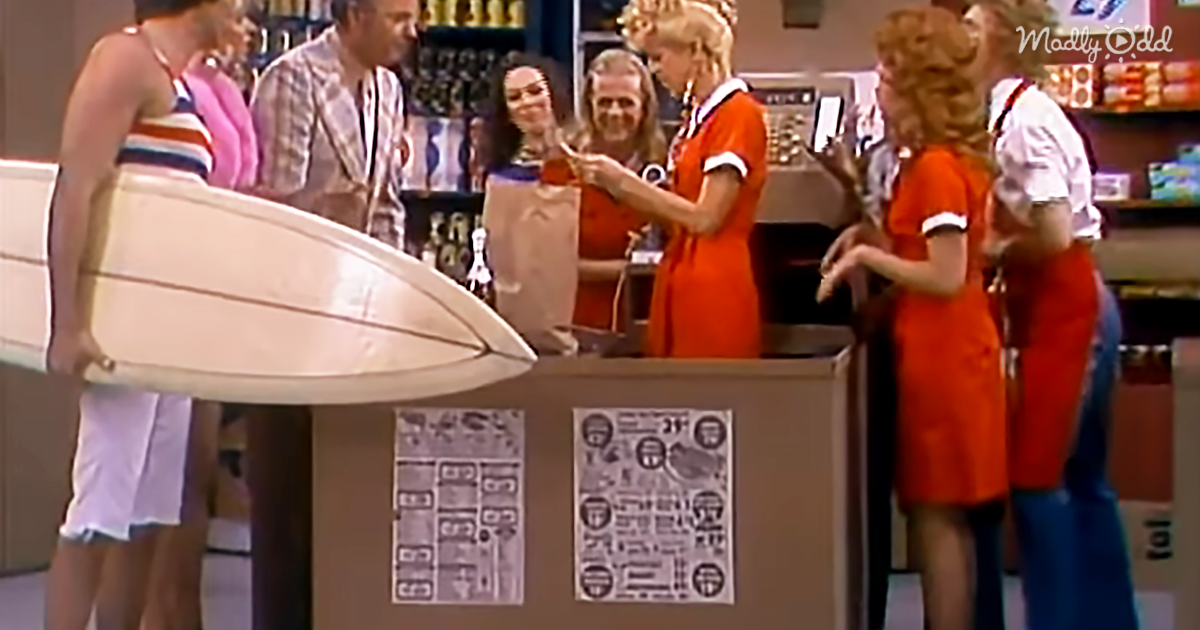 Did you know Carol wanted a Harvey Korman type for her show when it debuted, but the man himself was already working on The Danny Kaye Show, so he was unavailable?

Legend has it that Carol cornered Harvey in the studio parking lot and begged him to join her cast. He surprised her with some insider news. Danny’s show had run its course and was about to be canceled, so Harvey was looking for work. The rest is comedy history.

Carol didn’t know yet that Harvey could be prickly on set, and she learned the hard way. Despite the show’s success, Carol finally had to fire Harvey because his “dark moods” were bad for morale.

Luckily for all of us, the two made up, and Harvey rejoined the show. They buried the hatchet and stayed good friends until Korman passed away in 2008.

“Hah! The old register! I remember those,” wrote one adoring fan of “Supermarket Checker.” I wonder how Harvey felt playing these sleazy roles?”

“Hilarious when she gets on the intercom,” commented another.

Get ready to be transported back in time with this hilarious sketch with Carol Burnett and Harvey Korman. The laughs are non-stop, of course.