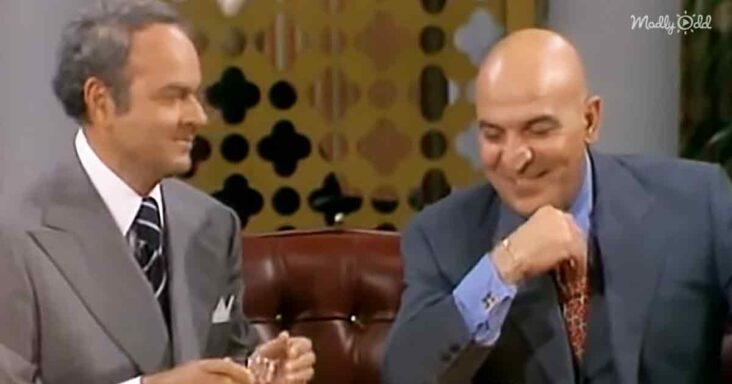 ‘The Carol Burnett Show’ welcomed Telly Savalas to a skit featuring Harvey Korman, where the two men discuss a business merger as if it was a love affair. Korman’s ‘Marsh’ sits down at a fancy restaurant table with Telly’s ‘Reynolds’ Korman talks a mile a minute about a company merger. 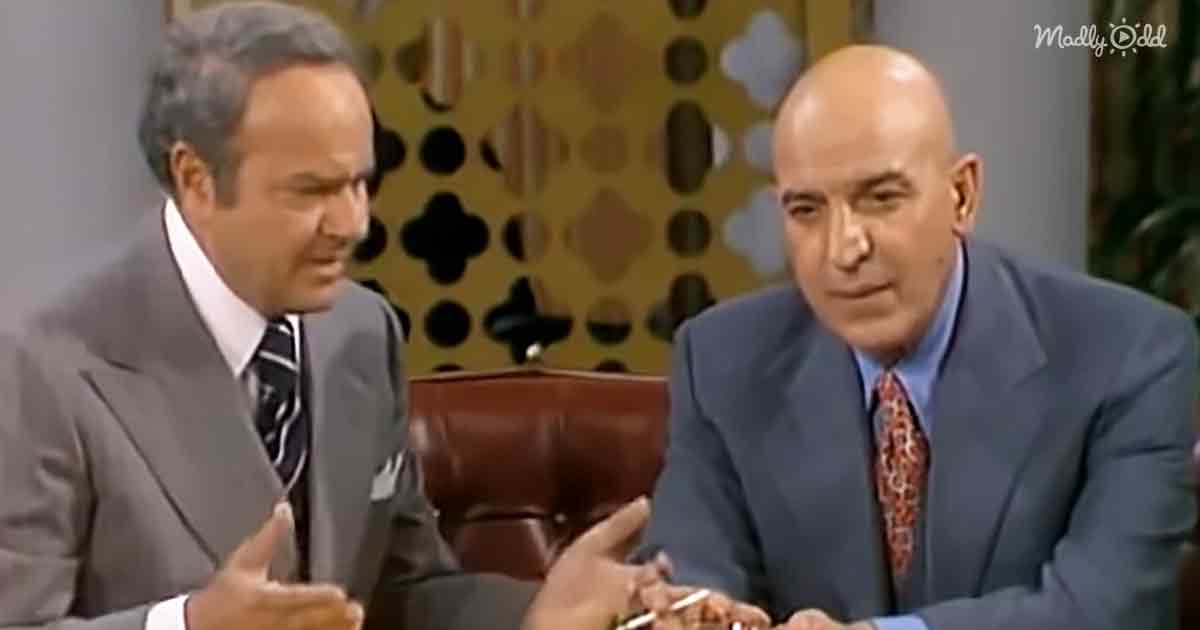 Telly looks at him in annoyance and disgust. Korman’s ‘Marsh’ asks, ‘Do you think we’re doing the right thing moving into an office together?’ And Telly’s ‘Reynolds’ responds by telling him that he has been thinking, saying, ‘The merger is off.’ Marsh is disturbed by this and starts to ask why and Telly asks if they could not talk about it now.

Korman says he told other people they were merging, and Telly tells him to say that he called it off, but then Korman asks, ‘What do I tell myself in the dark alone moments of the night?’ Telly says, ‘Well, we’re not right for each other.’ Korman fights, ‘But it seems so right, like consolidated soup and amalgamated nuts.’ 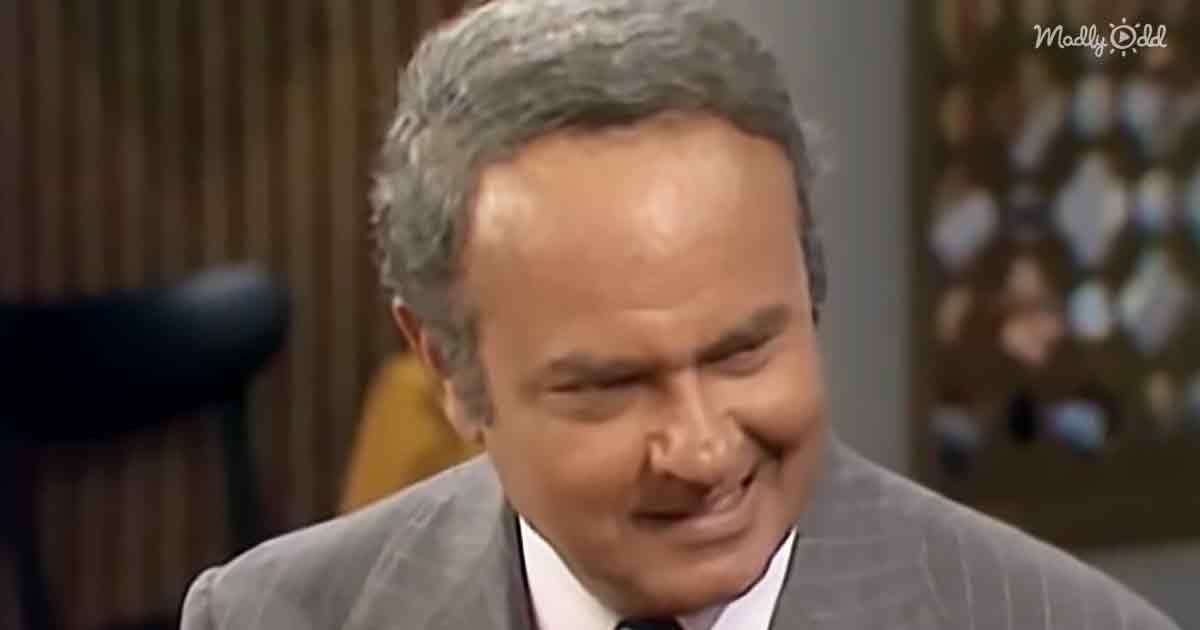 They begin to raise their voices, but Telly says people will stare. Korman asks if he is cheating on him with another country, and he is. Korman exclaims, ‘What does General bolts have that I don’t?!’ Telly says, ‘It’ll be ok. Another company will come around.’ A piano begins to play, and Keitel gets emotional. Telly asks why and Keitel says, ‘Of course, you don’t remember.’ The crowd laughs along.

Korman continues, saying, ‘This is the song they played the night we proposed our merger. Don’t you remember?’ Telly tells him, ‘I’ve always respected your company. We could let bygones be bygones, and we could still sell to each other.’ 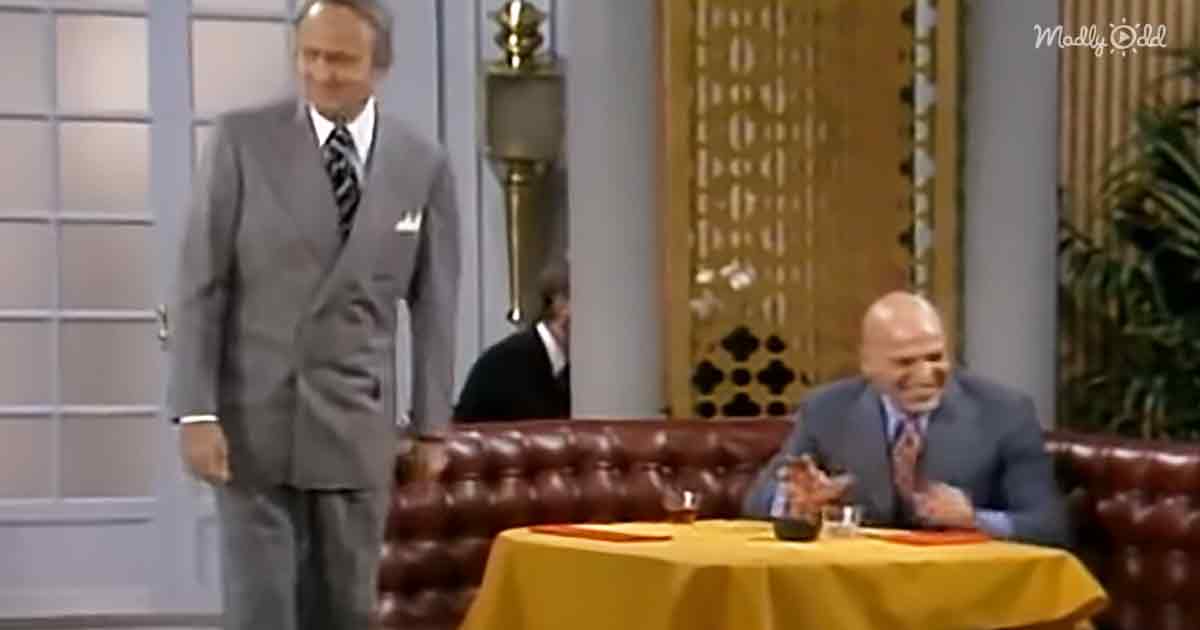 Korman says with passion, ‘I gave you something I never gave anyone else, my dentures!’ Telly says, ‘Let’s leave it on a good note like we used to have it.’ Keitel and Telly give each other a stern goodbye, but they both break character and laugh.

Korman walks out, and Telly walks over to a man at the bar and says, ‘Hello, Simpkins. Remember I told you how I would get rid of Marsh so I could talk to you? Well, I did, so we can talk now.’ The man looks at him and says, ‘I’ve thought about it, and the merger is off.’ Telly turns and says, ‘Just like that?’ The audience laughed a lot, and so did the two great actors!