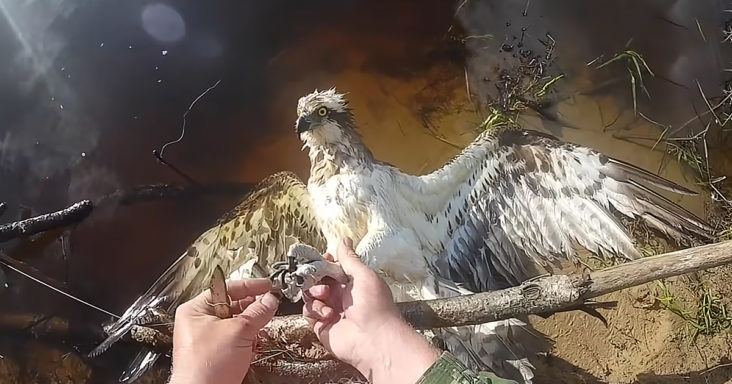 When we think of heroes, we often imagine people that leap into danger without hesitation. We envision them as fearless, deified beings incapable of wavering in their vision. 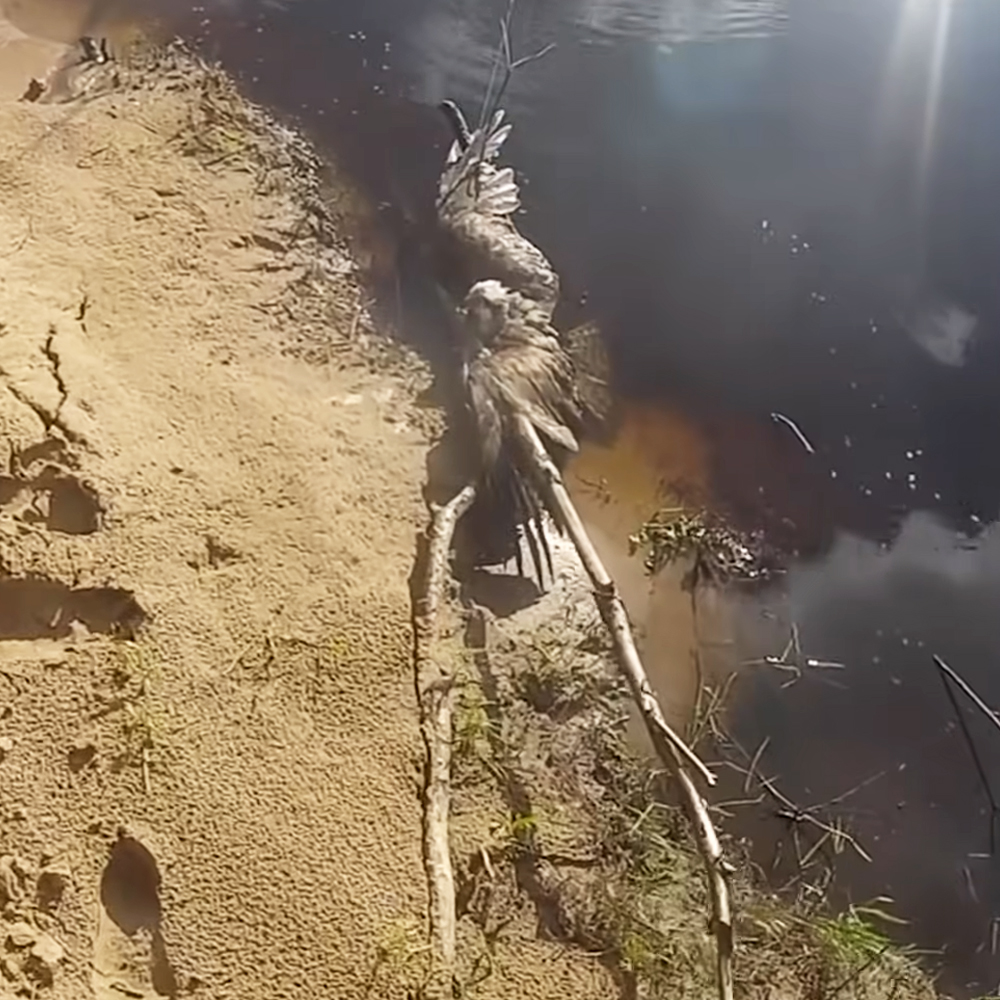 But the truth is, the real heroes are the ones that are afraid and continue forward despite their fears. That was the case when one man discovered a hawk caught in fishnet and decided to help.

As he approached the caught bird, you could tell he was terrified, and rightly so. While majestic, hawks are powerful creatures with strong beaks and talons. 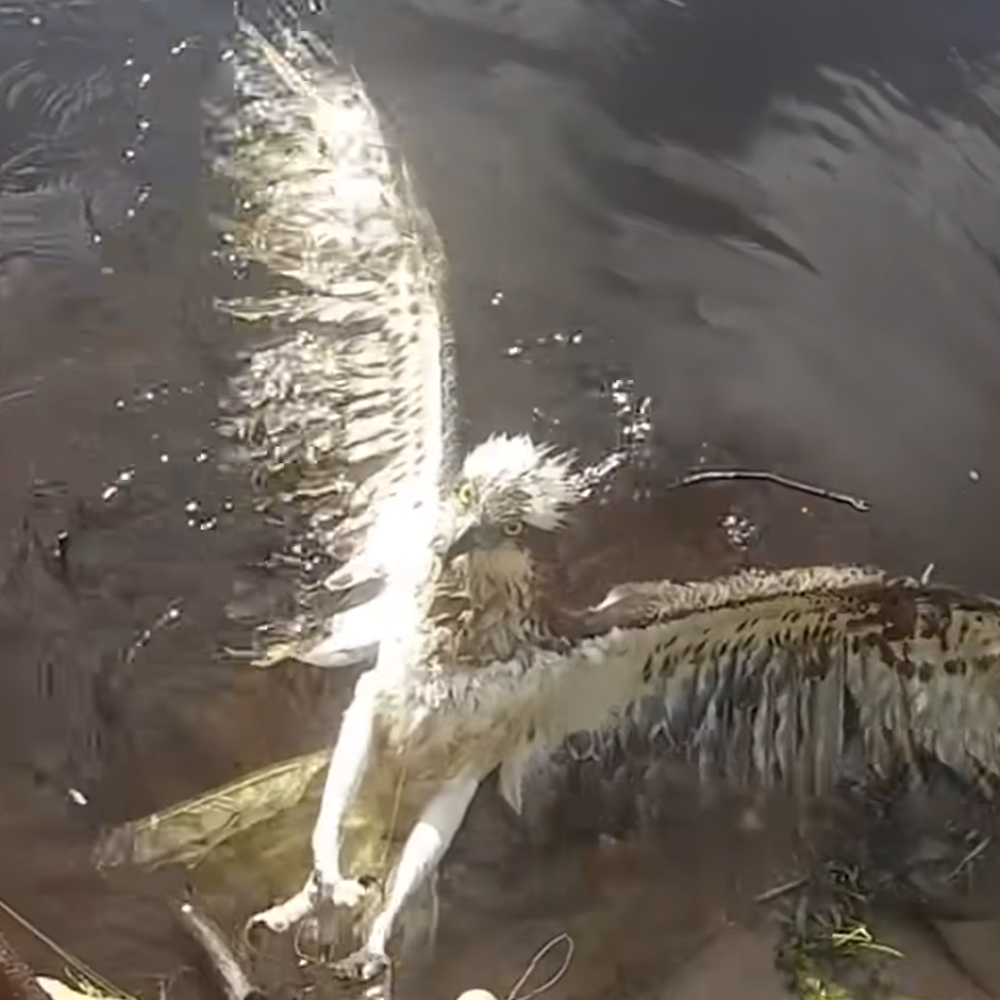 Rescuing a wild animal comes with danger for both the rescuer and the animal. In many cases, animals will thrash about to get away from humans or try to claw their way to safety.

Knowing that this man still approached the leery hawk, his knife shaking in his hands. While the translations for his words aren’t provided, his tone is universal, as he attempts to calm the bird and himself. 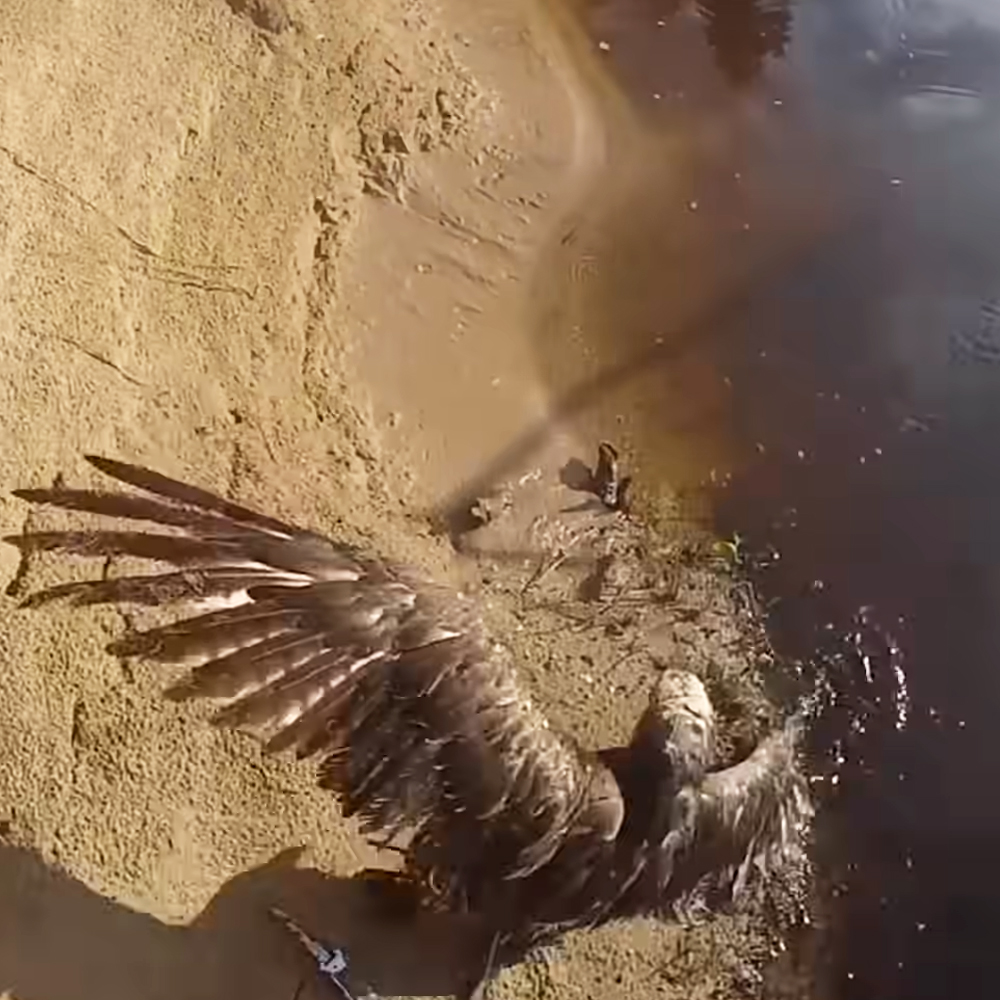 The hawk watches him with its wide, predator eyes as he moves his knife to cut through each of the tightly wound threads. Watching each thread split beneath his trembling hands, the tension is palpable.

Finally, the rescuer cut the final thread, and he lifted the hawk from the water and set him down on the shore. And with a beat of its wings, the hawk took off, free once more.